I have been kicking this blog around for the last four years, writing is almost total anonymity. There are my faithful three readers, and a few transients, but it’s mostly just me and my laptop. That is, until tonight.

It was the first day of school for both of my boys today. My oldest, 9, is entering 4th grade, and my youngest, 6, is starting Kindergarten. Big day. 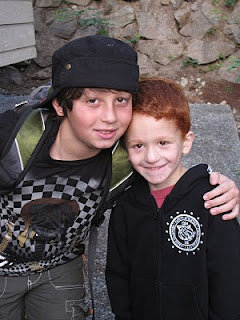 I left work a bit early to get home and hear how things went. Thankfully, all went well. After a nice meatloaf dinner (thanks HawkBloggerWife!), homework, a bath and bedtime for the young one, it was time to catch up on some Seahawks news.

After a few minutes of browsing, I checked my Twitter page and noticed my glacial climb to 100 followers had reached a new peak of 93! After a call to my therapist to help calm down from all the excitement, I decided to see who had bumped me from 92 to…93 (yeah baby!).
Take a guess who it was. No, seriously, take a guess. Nope, it wasn’t the President. Good guess, though. Try again. Uh uh, it wasn’t Emmanuelle Chriqui. I know. It’s just a matter of time before she starts stalking me. Last chance. Bzzzzzzzz. I don’t think Efren Herrera even has a Twitter account. Okay, I’ll tell you.
It was Seahawks starting WILL (no pun inteneded) LB, Will Herring! He likes me. He REALLY likes me! What on Earth would an NFL player want to follow me for, you ask? Besides my abundant talent, sharp wit and stunning good looks that transcend the written word, I have chutzpah (look it up, people).
I have no problem writing what I think. I criticize where others praise. I decimate where others coddle. I openly contradict myself because I’d rather be right, now, then defend being wrong.
One such occurrence happened in my last post, following the Hawks/Vikings game. In it, I called out a certain Seahawk for being the worst player on the 1st-string defense that night. It was a player who had exceeded all expectations last pre-season and regular season by playing fast and making big plays. This was a guy who was almost exclusively a special teamer up until that point. It was a player who was third on the team in tackles against the Vikings, but none of them came in the backfield, and none of them appeared to occur with the Seahawk leaning forward. Players were running into him. He wasn’t running into them, and unfortunately, that’s been the pattern in the pre-season thus far. That player was Will Herring.
In my narcissistic mind, here’s what happened leading up to that perfect moment when Mr. Herring clicked the “Follow” button. Almost immediately after posting my notes on the game that criticized Herring, it was automatically tweeted on my HawkBlogger twitter account. Twenty or thirty Seahawks were anxiously awaiting my analysis of their performance, and immediately read the post. After a few audible gasps on the plane, Herring asked Matt Hasselbeck what the commotion was about. Hasselbeck told Herring it was probably better that he didn’t know. Herring pressed further, and the plane got eerily silent. Herring screamed, “WHAT?!?!” Hasselbeck turned his laptop (because he’s too much of a man to own an iPad) toward Herring so he could read the stinging assessment of his play. Herring staggered back a few steps, stunned. “How could I have fallen so far, so fast,” he wondered. After taking a few moments to compose himself, he realized the analysis was spot on.
He asked Hasselbeck, “Who is this guy?” Matt stared back at Herring and said, “He’s the guy that’s going to turn your career around.” Herring let that sink in for a few seconds…nodded…and wandered back to his seat where he found my account on Twitter…took a deep breath…and clicked, “Follow.”
Welcome to the fold, Will Herring. We’ll treat you well.