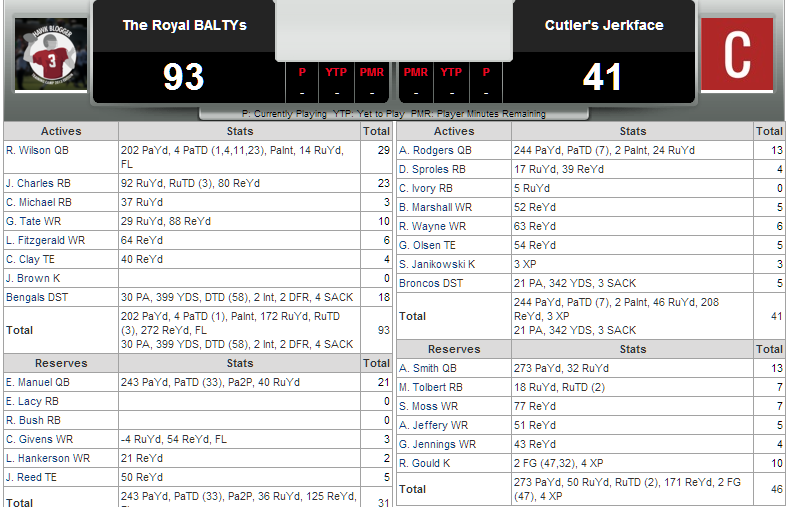 It finally happened. Our community Crown Royal Fantasy Football team won a game. Props to Neil Mintz for being the first winning GM of the year! Neil made some gutsy moves by working around a Reggie Bush injury and at least getting a few points from Christine Michael. He added Charles Clay, and wisely played Golden Tate over Chris Givens.

I will pick this week’s GM today, so keep an eye on your email if you have already contacted me and expressed interest.