Search
Home
Advanced StatsPower Rankings
THIS WEEK
For the second straight season, the Seahawks finish with the top spot in the power rankings. Denver finishes second for back-to-back seasons as well. And San Francisco finishes fourth again. Remarkable consistency for a parity-drive league. You can check out the final rankings from 2012 here.

The formula proved pretty accurate at predicting playoff teams yet again. By week three, 7 of 10 teams in the top ten made the playoffs, and 9 of the top 13. By week four, 8 of the top 10 teams were playoff qualifiers, and 10 of the 12 playoff teams were among the top 15. This is why I trust the numbers more than subjective expert picks.

The lowest ranked team in week four to make the playoffs was the then-23rd-ranked Eagles. Just like the Packers now, it is hard for the numbers to reflect drastic personnel changes like Aaron Rodgers returning does not erase all the weeks of him being absent, even if it makes the team that much better right now. Same for Nick Foles being inserted as a full-time starter much later in the season.

San Francisco boasts a far higher ranking than the Packers, but the difference has to be much less with Rodgers back in. Green Bay reached a Team Strength as high as 20.7 before Rodgers was injured, not far off the 49ers 24.2 right now.

On to the playoffs… 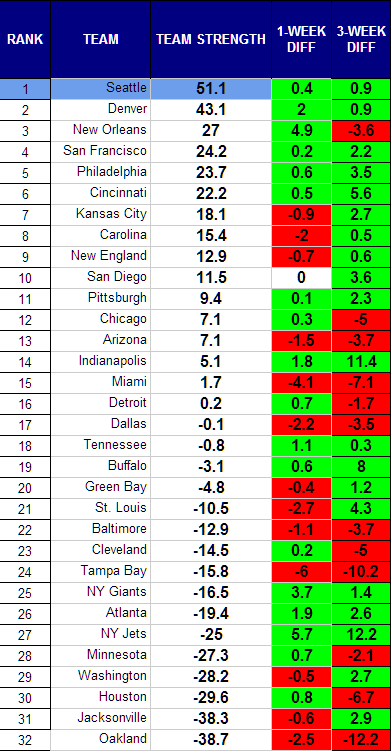 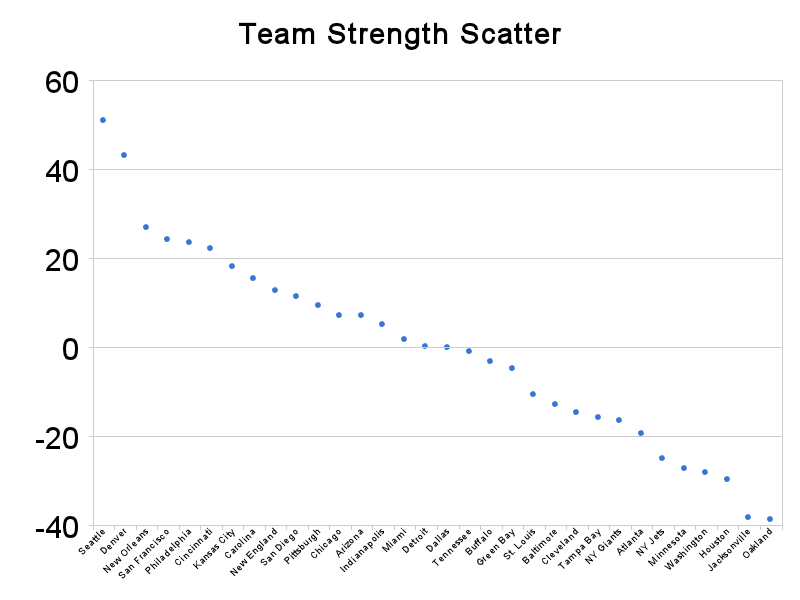