There were plenty of issues with the Seahawks offensive line, but age was not one of them. The oldest player was 27-year old left tackle Russell Okung. Father time may have more to say about the productivity of the Seahawks defensive line. The youngest starters were 29-year old Cliff Avril and Ahtyba Rubin. Michael Bennett is 30 and Brandon Mebane turned 31 recently. With both Rubin and Mebane set to hit free agency, now is the time to turn over the interior of that line with younger players who can be relied on for more than one more season. There are few under-the-radar free agents that could fit the bill.

The ideal profile of a Seahawks free agent

John Schneider is willing to delve into free agency at the right price and for the right need. He much prefers to address needs through free agency and let the draft fall as it may. In his ideal world, all positions would be relatively set by the time the draft rolled around so he would focus purely on getting the best player available at any position in the draft and then allowing competition to sort out the rest.
He typically will only offer multi-year deals to free agents 26-years old or younger. Those are the players he will try to sign in the first week or two of free agency. He knows, for defensive tackles, there will always be a veteran available on cheap one-year deals in late May or June.

Thompson has been a backup on the Bengals line for a few years. He had opportunities to start when Geno Atkins was injured, but got very little playing time this season.
The Bengals defensive line depth has been terrific for years, and Seattle has scooped up some of their backup players before, like Clinton McDonald. Thompson is a run stuffer who may fit more at 3-technique like Rubin where Seattle has been more willing to play taller tackles. Thompson is coming off an injury and has very little tape, which should keep his price down. Youth is always valued, but Thompson could be cheaper than Mebane or Rubin and possibly have more upside and longevity. 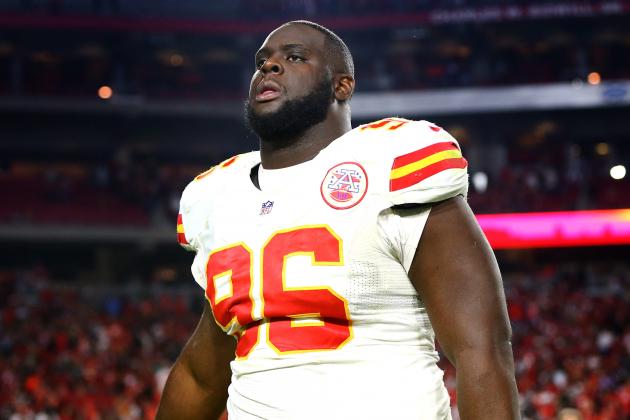 This one hurts. Howard was a Seahawks draft pick (4th round, 2012) who the team cut a year later when they one of the deepest defensive lines in NFL history.
Howard is disruptive and stout. Seattle knows him well, but so does Atlanta coach Dan Quinn, who coached him in Florida and recommended him to the Seahawks. Don’t be surprised if Howard is a top target for Quinn and the Falcons woeful defense.
Still, he deserves mention here as he is a very good young interior lineman who would be an upgrade at 3-technique.

Another painful loss, although not quite as tough as Howard. Siliga was acquired when the Seahawks traded John Moffitt to Denver. He was cut just like Howard in 2013 in the face of overwhelming veteran competition along the defensive line.
He was scooped up by the Patriots, and became a key part of their improved run defense. His development was a big part of what allowed New England to move on from Vince Wilfork. He would be a terrific option to replace Mebane at nose tackle, and should not break the bank. The Patriots are likely to want him back, but they have a mixed history of tendering restricted free agents, and their limited cap space may preclude their ability to put a high tender on Siliga.

Charles is in a different class from the rest of these players. He is unproven and more raw. He is a very large man with great athleticism, and was able notch 3.0 sacks in 2014 despite limited playing time with the Bills.
I’m always intrigued when young backups become available from teams with dominant starting defensive lineman. Charles will be affordable and probably available into the second week of free agency, so Seattle could see what they find elsewhere first.