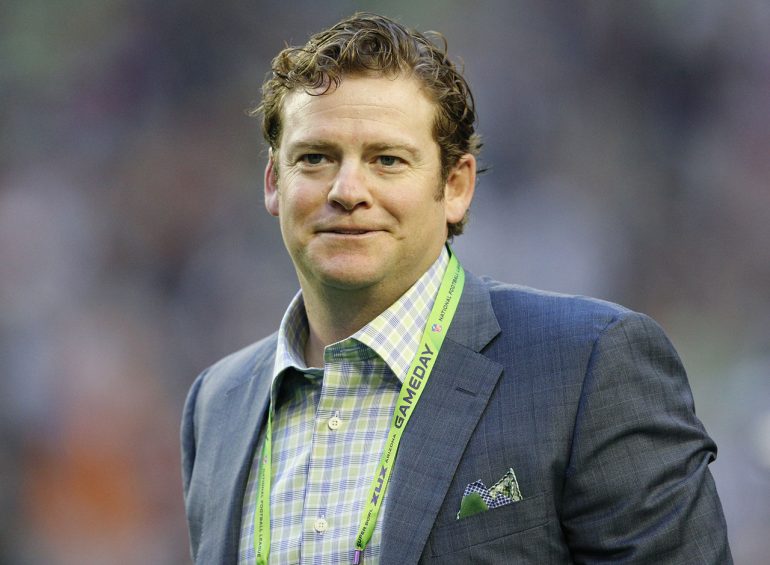 NFL Draft Round 1 Primer: Will Seahawks pick at 27?

The Seattle Seahawks need an infusion of talent after a rather underwhelming free agency period, relative to expectations, so all eyes will be on John Schneider and Pete Carroll over the next three days.

The Draft begins tonight with Round 1 at 5PM PT, and the Seahawks are scheduled to pick at No. 27 overall, but history suggests they will move down from that slot. Schneider has not selected in the first round at the Seahawks’ native position since taking James Carpenter in the 2011 draft.

It might be more of a challenge to pull off on-the-clock trades during the virtual draft, so in the event that the Seahawks can’t find a trade partner and decide to stick and pick and break the trend, here is a full primer of the kinds of players at each position t\ Seahawks fans should be paying close attention to on Thursday.

Quarterback ­– Let’s not waste any time here. The Seahawks still need a backup QB behind Russell Wilson, but that’ll likely be a veteran signing after the draft (Geno Smith perhaps), and there won’t be any consideration to that role other than a mid-to-late round developmental option.

Running Back – Seahawks fans will be closely monitoring this position because if this regime selects another first round running back, it would elicit another Twitter Civil War. While Georgia’s DeAndre Swift is the media consensus top rated RB,  the name to watch within the context of the Seahawks is Jonathan Taylor out of Wisconsin. He fits a lot of their physical specs as a prospect, has legitimate 4.3 speed, and has publicly expressed interest in playing for the team. On one hand, Taylor is a better college prospect than Rashaad Penny was coming out of school, but there is far too much data & clear evidence that investing heavily (either contractually or with early draft capital) into the running back position is a waste of resources. While I do like Taylor a fair bit as a player, it would be a pretty obvious mistake to draft him in the first round and would be clear proof this regime is out of touch with the modern NFL.  There is no better example of this than the two starting RBs in the Super Bowl being a UDFA and a street free agent.

Wide Receiver  — While a lot of mock drafts focus on team’s needs/deficiencies, my personal view of team building is that is more advantageous to build on positions of strengths. Given that rationale, I would have no problem if the Seahawks decided to keep No. 27 to use a pick on a wide receiver. The combo of Tyler Lockett/DK Metcalf is the team’s best competitive advantage outside of Russ, and adding a premium player to that group would give the team a massive area of strength, similar to how KC has been so successful offensively. Because this position group in is so deep and the clear strength of this draft class, ultimately  I expect Seattle to hit this spot on Day 2 (I will post a lot more names to watch here in Friday’s Draft primer) , but if they do use 27 on a receiver, the prospects I see as excellent fits are Denzel Mims out of Baylor and Michael Pittman from USC. Mims is an athletic dynamo, albeit a bit raw, with big time potential that I do not believe will still be around at 27 while Pittman is one of the steadier players, a bigger possession WR that can contribute immediately and would fit in very well as a compliment to Lockett/DK.

Tight End –  It was not a coincidence that the team brought back Luke Willson, Jacob Hollister and added Greg Olsen here. This is not a very good draft for the TE spot and the chances of them spending a first-round pick on a tight end are comparable to the chances of signing Ziggy Ansah to a seven-year extension.

Offensive Line – The Seahawks added a ton of bodies to this spot in free agency for a few reasons. One, the draft is not very top heavy at the interior positions so I absolutely cannot see them spending high draft capital here, but most importantly, the potential delay of off-season activities made the team prioritize having veterans that will be ready to play up front. As a result, there are two areas the Seahawks still could look to address early in the draft:

1) Left Tackle – The Seahawks eventually need a long-term answer at this spot as Duane Brown will be 35 years old by the end of 2020. In terms of development left tackles, the name you see tied to them most often are Austin Jackson (USC) or Josh Jones (Houston), part of the second tier of OTs. Jackson is one of the youngest prospects in the draft, has a lot of athleticism, but I’m not very high on him for Seattle. His footwork needs a lot of work, and he is pretty raw from a technical standpoint. Another name you could see Seattle taking a liking to is Ezra Cleveland (Boise St) He has gained buzz in recent weeks as a late 1st round player, and makes sense as a long-term pick here since he needs to add size, strength. He is already is a solid technician and good pass protector. He is more in the mould of a Kolton Miller or Nate Solder as a prospect.

2) Right Tackle –Although PCJS called new RT Brandon Shell one of their top FA priorities, his contract indicates he is more of a short-term solution or even a draft hedge. Since Mike Solari took over at OL coach, the Seahawks have preferred larger, more physically imposing offensive lineman, and given that, the one player I see as a top option at RT is Isaiah Wilson from Georgia. Wilson is a powerful player that has surprisingly good movement skills, and could be transitioned into the role behind Shell.

Defensive End – The team did a peculiar job of addressing the pass rush, especially after both Pete & John said it was a huge organizational priority heading into free agency. Jadaveon Clowney remains unsigned and seems to be trending away from Seattle and the team hasn’t shown much interest in veteran FA Everson Griffen, trading for Yannick Ngakoue, or even Markus Golden, so this remains a clear need, which is why every mock draft you’ll read before Thursday night will give Seattle a pass rusher. Remember, they need both a LEO and a 5T.

Personally, I’m not of the belief they should draft a DE at 27. Based on my evaluations, the difference between the players available in that range and what will be available all through Round 2 is a very small gap. However, since I am not in charge, here’s a quick recap of the names you could see at this spot.

Yetur Gross Matos (Penn State) – He is very high on a lot of the media boards, but I am not sold. He flashes and has impressive splash plays, but down to down there just isn’t a lot of consistency, and he isn’t a very physical player on tape. In my books, this would be similar to reaching on a prospect like Ifedi or LJ Collier due to being the top guy in a weak area of the draft.

AJ Epenesa (Iowa) – Epenesa probably would fit in Seattle as a 5T. He is more of a get-your-nose dirty , bring-your-lunchpail kind of defensive end and doesn’t have a lot of explosive traits and athletic ability off the edge. He reminds me a lot of former Seahawk Grant Wistrom, but the Seahawks need more explosion and speed off the edge.

Julian Okwara (Notre Dame) – Okwara is basically the opposite of Epenesa as a prospect. He has a lot of the physical tools and athletic traits the Seahawks like with speed and ability to get around the corner to create pressures and sacks. Tom Pelissero of NFL Network said he could sneak into Round 1 as a high risk high reward prospect, so I could see the Seahawks pulling the trigger here.

Another name if he slides could be K’Lavon Chaisson, a guy who is considered to be a top 20 prospect by some media members. Chaisson is a bit confounding as he oozes with raw talent and ability but his underlying numbers were concerning (low pressure rates). Seattle could like some SAM OLB options such as Josh Uche (Michigan) or Zach Baun (Wisconsin) to provide edge rush, as well.

Defensive Tackle – The Seahawks brought back Jarran Reed, but still need to replace Al Woods’ contributions. I do not expect this to be in first round, however, as there seems to be a cluster of players that can fill multiple roles that will be on board at the bottom of Round 2 . If they do go DT here, the name I could see is Ross Blacklock (TCU). Some will be troubled by this since he was teammates with Collier in college, but Blacklock is a way twitchier athlete that can generate pressure as an interior rusher. I see Seattle trending towards a more physical presence and space eater later in the draft. Marlon Davidson is another name out of Auburn that is a more of a hybrid DE/DT that would likely be a 5T in Seattle’s scheme.

Linebacker – With Bobby Wagner, KJ Wright, Bruce Irvin, and Cody Barton on the roster, the Seahawks don’t have a short-term need at linebacker, but eventually the team will need a replacement for Wright (in the last year of his contract). There are two prospects I really like in this portion of the draft (LSU’s Patrick Queen and Oklahoma’s Kenneth Murray) that would help the team get faster, more athletic, and better at covering the intermediate part of the field, an area that was downright ugly in division games with the Rams/49ers last season.  I would be okay going with Queen in that regard, who has big potential as more of a modern coverage linebacker, but I just can’t see the team spending high capital here.

Cornerback – Prior to acquiring Quinton Dunbar, the Seahawks were doing a lot of due diligence on cornerbacks expected to go in this area of the draft. I do not expect that any longer, although there would be a pretty good case given Dunbar and Shaq Griffin are entering the final years of their contract. More likely, the Seahawks will bring in competition at nickel later on in the draft and I’ll have an interesting name to bring up that I hear Seattle likes a lot in tomorrow’s primer. If Seattle does want to build a position of strength, similar to what I mentioned in the WR section, the early round guys I see as fits are Jaylon Johnson (Utah) and TCU’s Jeff Gladney. They are both tough and feisty players that would an edge back to the secondary, but given that this regime has never taken a CB before the third round, this seems super unlikely.

Safety – The Seahawks appear pretty comfortable at safety with Quandre Diggs under contract for two more years at free safety, and the team having a succession plan at strong safety for Bradley McDougald with Marquise Blair waiting in the wings. So in that regard, I cannot see them targeting a traditional safety, but one of the board idea worth considering is the Seahawks could consider using a safety as a nickel option to compete with Ugo Amadi. Players such as Xavier McKinney (Alabama), Ashtyn Davis (Cal) have both played out of the slot in college and have a lot of coverage skills while someone like Jeremy Chinn (So. Illinois) could provide the Seahawks with a puzzle piece they can move around all over the field to really turn their secondary up another level. This would probably be more of a luxury pick, but it would be a creative way to compete in the division and prove their stance on the pass rush versus coverage debate.