Sports fans, commentators and coaches sometimes talk about moral victories. It is meant to capture the feeling of a team that played better than expected. Moral victories often come with some sterling individual performances that give hope even if the outcome was not what the team wanted. The 49ers went in an entirely other direction on Sunday. Not only did they lose an important game that they were expected to win, but there were crippling individual performances that may haunt them for a long time. 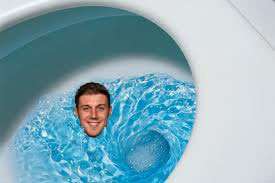 QB Alex Smith has been sitting on the razor’s edge for years. 49ers fans do their best to focus on team strengths, like defense, while looking past Smith’s obvious shortcomings. This self-delusion came to crashing end when these fans were forced to witness Smith looking as bad as ever while throwing for more Seahawks touchdowns than 49ers’.

WR Michael Crabtree joined the pity party with dropped passes, poor routes and wrong routes. After TE Vernon Davis took Crabtree to task in practice this past week over poor practice habits, one has to wonder if this performance will create a fissure in the locker room. Imagine being Alex Smith, with all that pressure and then having two interceptions that could easily be blamed on a player who has questionable practice habits. Nobody across the country will really know the story. All they will see is the two picks in the box score, and that builds those “bust” whispers into a dull roar. Crabtree is no shrinking violet either. It could get ugly.

Consider that the 49ers get the world champion Saints next, and then hit the road for two straight weeks against Kansas City and Atlanta. Two losses, even three, is not out of the question. Losing tests any locker room, especially one that has these underlying tensions looming.

Even if all it ends up being is one bad game, it certainly made my day to be screaming, “Alex Smith…” clap, clap, clap clap clap in 49ers fans faces.