A couple weeks back I was listening to a radio interview that Doug Baldwin did on the ESPN Seattle radio show Justin and Gee. There was a point in the discussion when Baldwin started talking about how excited he and his teammates are to get back on the field to reclaim what is theirs. Something clicked for me as I listened to Baldwin talk about the team’s level of motivation. This is not a team coming off a crushing Super Bowl loss that needs to regain its footing. This is a supremely talented group of players who might be at the peak composition of talent, youth, and mindset. This may be the best Seahawks team you ever watch.

The Seahawks won their first Super Bowl in 2013, and entered the 2014 season with a healthy Percy Harvin and a resounding beatdown of a Green Bay Packers team many predicted would unseat the champs. It felt, on the surface, like everything was lining up for another dominant run to the trophy.
Instead, the team seesawed to a 3-3 start, and sat on the precipice of missing the playoffs after losing to the Kansas City Chiefs to fall to 6-4. The common explanation of what happened next was that a healthy Kam Chancellor and a returning Bobby Wagner propelled the team to new heights. They would go on to win their final six regular season games in dominant fashion, outscoring opponents by an average score of 22.3-6.5. They would go on to win two playoff games and very nearly win their second straight Super Bowl.
Wagner and Chancellor played key roles in the resurgence, but like most great performances, it was the intersection of the right mindset and right talent that enabled that team to accomplish remarkable things. Players and coaches all point to a tide-turning team meeting after the Chiefs game where honesty paved the way to renewed brotherhood and common purpose.
They were no longer a collection of talented individuals trying to make the most of their new celebrity or prove that their championship season was a one-off. They were a team who was playing for the brother to their right and the brother to their left. Purpose became clear and simple. That is when an individual is ready to perform their best.
View image | gettyimages.com
Seattle believes so strongly in the power of mindset that they employ sports psychologist Michael Gervais to help establish the right individual and team perspective. It is Gervais who helped Pete Carroll refine his Win Forever philosophy and build in principles like “never over-try,” A good chunk of Gervais’ work has roots in Carol Dweck’s research into growth versus fixed mindsets, which I heartily recommend reading more about as a fan, a parent, or a business professional.
The truth is that Seattle had Chancellor and Wagner at earlier points in the season and were not playing the brand of football they were at the end. Getting those two back does not explain how a team went from allowing 21.5 points per game through ten games to 6.5 ppg the last six against what most people considered the toughest part of their schedule.
That reality of just how important the mental part of the game can be is what drew me into to Baldwin’s interview. There was absolutely a Super Bowl hangover heading into last year. The players felt it. Fans felt it. After you reach the mountaintop, the idea of climbing it again to plant a second flag simply is not as exciting. That team was searching for its edge. This team may already have it.
That Super Bowl was theirs. They overcame devastating injury, a legendary coach and a legendary player to still be a couple feet from glory. A bad decision does not erase the lessons learned.

Somebody took what was theirs. They want it back. It really can be that simple.

Teams with the best mindset in the world still need great players with supreme talent to win. This could be the best combination of talent, age and motivation the Seahawks put on the field.
Bruce Irvin is in a contract year. He probably will not be on the team next season. His focus and effort should be the best it has been, and could result in more impact plays.
Bobby Wagner is in a contract year. This could be his most complete and healthy season.
View image | gettyimages.com

Jimmy Graham comes to Seattle with a reputation for being soft and having struggled through injury last year. An elite talent with peak motivation can be a potent combination. A 30-year-old Randy Moss joined the New England Patriots in 2007. He was coming off a down year in Oakland and there were whispers he was done. Tom Brady had been successful with a collection of lesser-known receiving talents, but things went bonkers when Moss joined.

The Patriots went undefeated. Moss had his career best season and set the NFL record for receiving touchdowns in a year (23). Nobody should be expecting Graham to break any receiving records in this offense, but the elements are there for something special to happen.

Russell Wilson certainly has bet on himself with the way his contract discussions have progressed, which should result in his best effort and focus.
Marshawn Lynch was considering retirement after last season, and while he came back, fans should expect diminishing returns and possible retirement after each season from here on out. To put it another way, this may be the last year where Seahawks fans can expect elite production out of Beast Mode.
Russell Okung is in a contract year and probably is playing his last season with the Seahawks. Enjoy a Pro Bowl left tackle while you have one. J.R. Sweezy is in his fourth season as a starter an in a contract year. He should be at his peak physically and motivationally. Justin Britt will benefit from his first full offseason and a year of experience under his belt.
An underrated offense that is 6th in the NFL in points scored the last three seasons, averaging over 25 ppg, is poised to have their best season.
Earl Thomas, Richard Sherman, and Kam Chancellor are all returning from injury, but are in their physical primes. Brandon Mebane is healthy, Jordan Hill is emerging, Michael Bennett and Cliff Avril are still forces to be reckoned with. In sum, one of history’s best defenses is set to reprise their role as the best unit in the sport.
It does not stop there.

One of the most troubled aspects of the 2014 Seahawks was their special teams. Trading away Harvin impacted plans for the kick return game. The loss of Golden Tate in free agency hit the punt return game. Injuries to players like Derrick Coleman, Heath Farwell, Jeremy Lane, and Kevin Pierre-Louis hurt their coverage teams.
The 2013 squad nearly set a record for fewest punt return yards allowed. There was explosion in the punt return game.

A group that FootballOutsiders.com had ranked the 3rd best special teams unit in 2012 and 5th best in 2013, fell to 19th last season.

Adding Tyler Lockett to punt and kick returns can only help. An infusion of youth in the form of Frank Clark, Brock Coyle, Cassius Marsh, Pierre-Louis, Chris Matthews and others should make the coverage teams more effective. For all the hype the defense and certain offensive stars get, the biggest step forward for this team could be by the nameless special teams unit.

Seattle forced more fumbles than any team in the NFL last season, but recovered just 36% of them, which ranked 25th. That, combined with an interception rate that dropped nearly in half, caused the Seahawks to fall from first to fourteenth in takeaways.
Seattle was 6th in takeaways in 2011, 5th in 2012, and 1st in 2013. The team started slowly in this area in 2014, averaging just 0.8 takeaways through six games, but finished strong with 1.9/game over their final ten contests.
There is little doubt this will be a point of emphasis for Pete Carroll and Kris Richard. It would be surprising if this team did not return to at least the top ten in takeaways, and likely back to the top five. That would have a significant impact on the rest of the team’s fortunes. 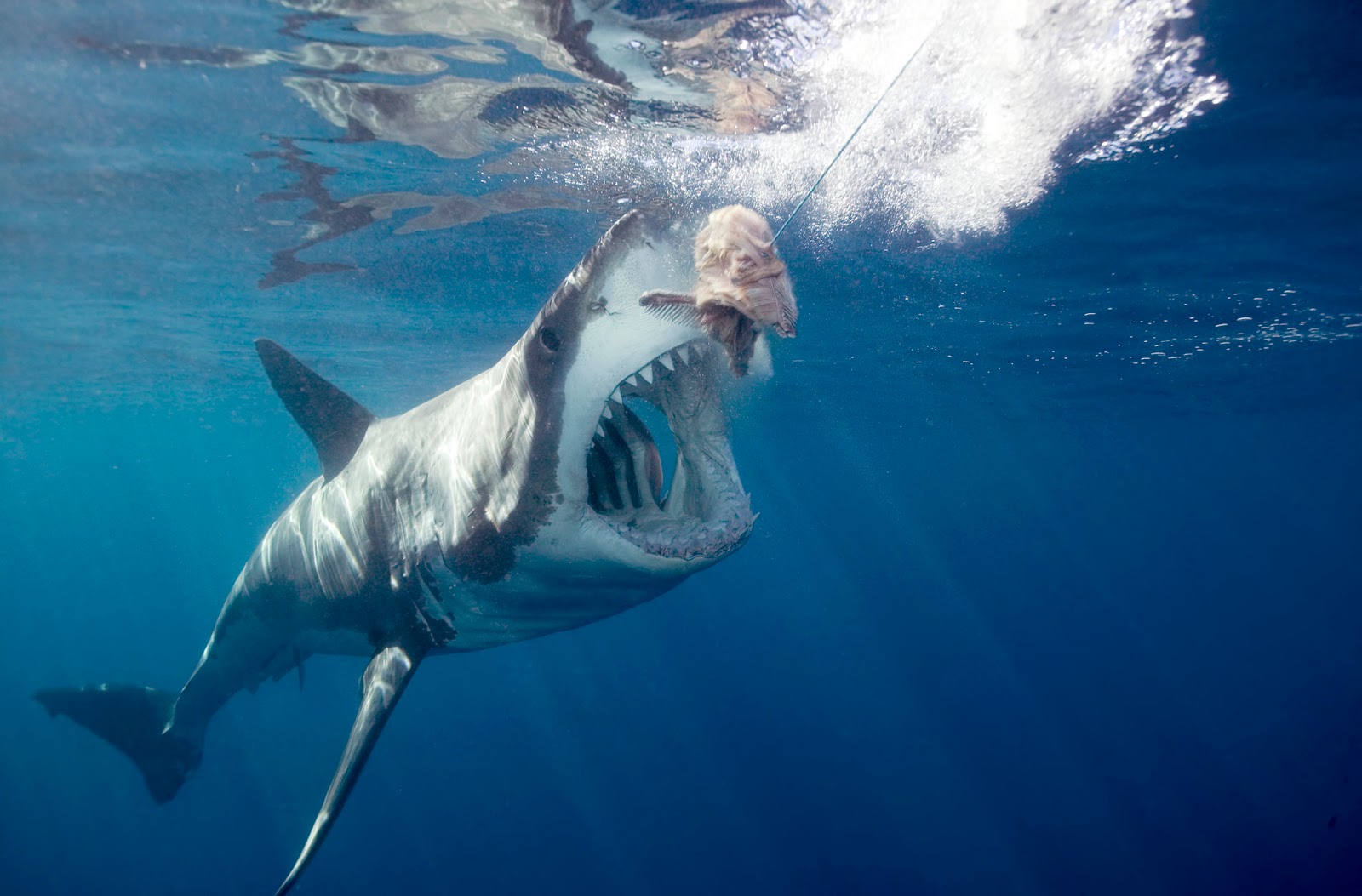 Training camp has not even started yet. Things can change from snap-to-snap. It is fair to question the wisdom of extolling the virtues of a team before it takes the field. This is meant less as a prediction, and more as a realization that this has the makings of a very rare season. Part of why I write is to anticipate special things before they happen so I can savor them as they occur.

I felt that way in 2012 after training camp. I felt that way in 2013 throughout. I struggled, as did the team, to find the vision of what they would become in 2014. The narrative of this season is starting to seem more predictable. Understanding the mindset of the players is a key aspect of that. The next will be seeing just how much the young players and new players can contribute, along with the progression of guys who already have a Seahawks track record.
The intersection of talent, purpose and youth points to something unique in this particular edition of Seahawks football. Not all great white sharks are alike. They are all deadly. Some are simply larger, faster, and more feared than others. This Seahawks team has the genetic makeup to become the baddest fish in the sea. The rest of the NFL would be wise to occupy other waters.