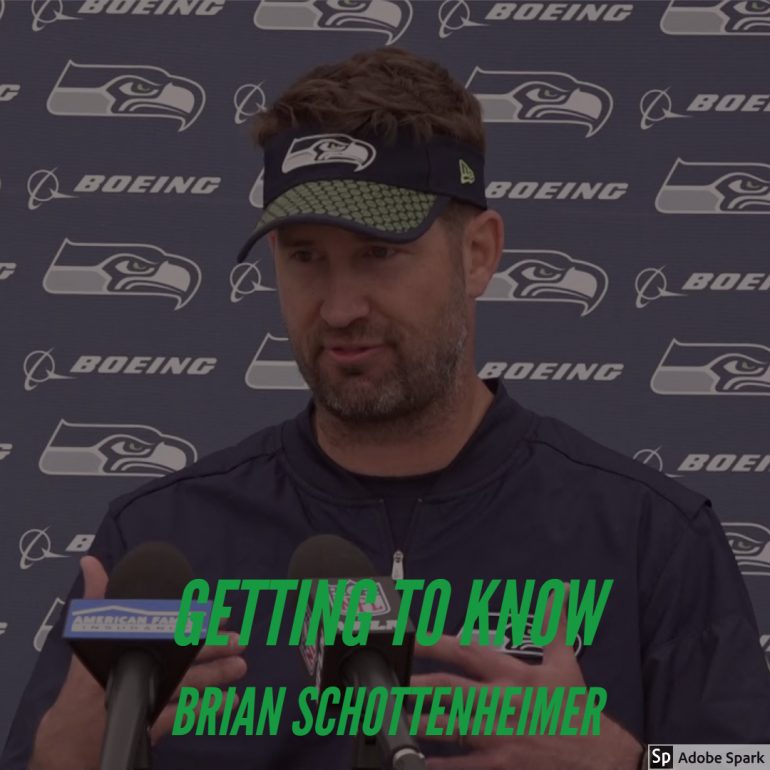 Getting to Know Brian Schottenheimer

One of the more interesting storylines for this season will be Seattle’s new offensive coordinator, Brian Schottenheimer. Schottenheimer comes to with little more than his last name and a penchant for running the ball.That’s left some Seahawks fans nervous, as running is a small part of what helps teams win games and there is ample evidence that running does not help teams pass well.

So far the team’s desire to establish the run hasn’t shown up, at least not in the way most fans assumed it would.

Here is Seattle’s run pass ratio by down. Schottenheimer has also not significantly changed the personnel grouping ratios, at least not yet. Where there may be some change is in Seattle’s use of the 21 (two running back, 1 tight end) grouping. Seattle used 21 just 3% of the time last year, and they ran it 5% of the time in the preseason. That’s a nearly 2x jump, but we’re also talking about a pretty small sample. The jury’s still out on how much I form we’ll be seeing in 2018.

Interestingly, if we break down the run pass ratios by personnel packages we see that Schotty has preferred to pass out of 21. And when we look at what formations Schotty likes to run play action out of, we see that every pass play out of 21 was play action and that 85% of the passes Seattle ran out of either 12 or 21 were play action. Going to gather my research on run/pass by MIB in one thread.

Full writeup will be on https://t.co/6qyzEWKZwV under the Research tab.

Dealer’s choice on 2 & Med and Short, but pass against 8MIB. pic.twitter.com/LM9US6DKxG

Seattle passed a lot against 4-6 man boxes, but that was mostly due to game script (10 of those passes came in the last two drives of the second quarter against the Chargers). But what is concerning is that Seattle ran 50% of the time against 8+ man boxes. Schotty has been outspoken about the need to be able to run in these situations but, even if that’s true, doing so half the time is far too much. Seattle has at least been using play action well in heavy box situations, running play fakes 65% of the time against 8 man boxes. Schottenheimer has also been effectively using bunch formations to get a fair number of heavy box sets while in 11 personnel. An example of this is a third down against the Chargers, where Seattle has 3 wide receivers on the field but against 8 men in the box. And here again, later in the game. Although unfortunately Seattle chose to run in this situation, losing a yard on 1st and 10.

How Schottenheimer chose to handle these situations will likely determine his success. Will Seattle attack heavy boxes with play action passes, or will they stubbornly run against the favorable matchups they’ve created for the passing game? In a very small preseason sample, the answer has been mixed. If Seattle can further optimize their run pass ratio, they could find themselves with a formidable offense.