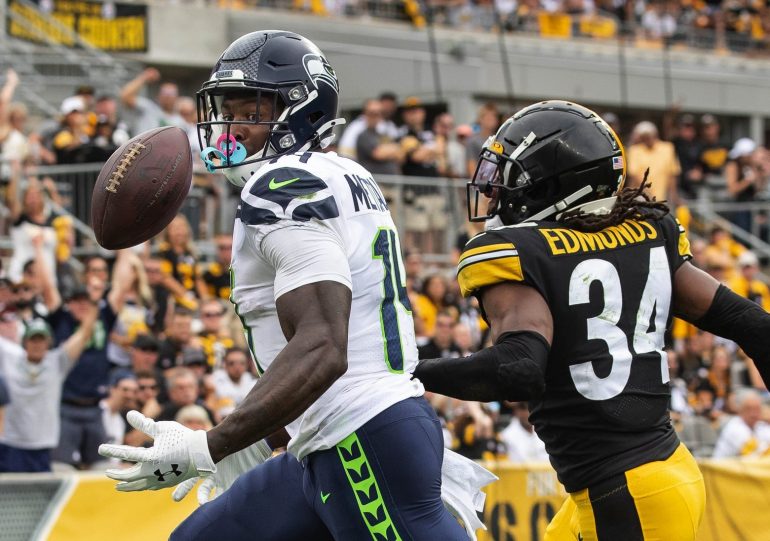 Optimism in an Uncertain Season

Training camp is underway for the 2020 NFL season. For months, it was unclear whether a season would be played or not, and there’s still uncertainty as to whether the season will be able to finish. For now, practice has commenced and the start of the NFL season is just weeks away. There will be many new faces on both sides of the ball for the Seahawks which will elicit both excitement and nervousness from fans.

The 2019 Seahawks finished 11-5, outperforming their expected wins based on point differential (Pythagorean wins) by nearly three wins. Their historic record in close games is unlikely to be repeated. Despite this, there are several reasons to be optimistic for the 2020 team, even if it results in a similar win total as last season.

Seattle’s defense continued its mediocre play last season as Pete Carroll attempts to rebuild a league leading defense. Against the pass, the Seahawks were 18th in Expected Points Added (EPA) allowed and ranked 15th in DVOA. Arguably the two biggest moves the Seahawks made this offseason were adding cornerback Quinton Dunbar and safety Jamal Adams.

Both players are top tier at their position and should go a long way to restoring a stifling pass defense. Per NFL NextGenStats, Adams had a catch rate allowed over expectation of -17.8%, 4th best for all safeties. In other words, while in coverage, QBs completed passes against Adams 17.8% less than would be expected, based on a variety of factors. As for Dunbar, Pro Football Focus (PFF) gave him the second-best coverage grade of any corner last year, with Richard Sherman taking the number one spot. The two additions, paired with Quandre Diggs and Shaquill Griffin should make for an exciting secondary group.

The last spot in the secondary is nickel corner. To the surprise of many, the Seahawks did not address this position in the draft or free agency. The Seahawks have options though, Ugo Amadi struggled a little bit last year but also showed some bright spots. Former second round pick Marquise Blair is also in contention at the nickel spot, though he’s more likely to line up across bigger receivers and tight ends than traditional slot receivers.

Another year, another set of changes along the offensive line. ESPNs Pass Block Win Rate ranked the Seahawks offensive line 28th in the league in 2019, holding up for 2.5 seconds 54% of the time. A recurring theme strikes again as John Schneider continues to search for a group that can stay together for more than a single season. Four spots may feature new players this season, bringing plenty of uncertainty but perhaps some upside.

Duane Brown will hold down the left tackle spot this season, though the lack of a future plan at the tackle spot is mildly concerning at this point. Left guard will feature a competition between the incumbent Mike Iupati and Phil Haynes. Haynes played well last year in his playoff start against the Green Bay Packers, but in a shortened offseason the Seahawks may roll with the veteran in Iupati.

Free agent signee BJ Finney is likely to start at center. Known as a better pass protector than run blocker, Finney will be a welcome upgrade over Joey Hunt who struggled in pass protection last season. The Seahawks cut right guard DJ Fluker in May, clearing the way for rookie Damien Lewis. Run blocking is Lewis’ strong point, he earned the highest run-blocking grade of any guard in college football across the second half of the 2019 season, according to PFF.

The final offensive line addition is right tackle Brandon Shell. In short, expect Ifedi like performance without the penalties. Over the past three seasons, Ifedi amassed 44 penalties, while Shell had just 13. ESPN’s Pass Block Win Rate had Shell at nearly 88%, with Ifedi at 86%. Perhaps a minor upgrade, but the reduction in penalties is a significant improvement itself.

The 2020 NFL Draft was loaded with wide receivers, but the Seahawks opted to address other positions instead of getting a legit third wide receiver. Luckily, two of the starters are coming off encouraging performances, with Metcalf surpassing all but the loftiest expectations. While DK Metcalf and Tyler Lockett are a great starting pair, the third receiver is a bit of a mystery. A three-way battle between John Ursua, Phillip Dorsett, and David Moore is underway.

They each have a different skill set, Ursua has great short area quickness, typical for a slot receiver. Dorsett has the long speed, running a 4.33 40-yard dash at the 2015 NFL Combine. A group of Lockett, Metcalf, and Dorsett would be one of the fastest in the league and given Russell Wilson’s propensity to throw deep, would really challenge defenses on the back end. Moore is a bigger wide receiver and has seen extensive action over the past two seasons, which may give him the edge going into the season. The wild card here is Josh Gordon. Reports are that Gordon has applied for reinstatement to the league and the Seahawks have interest in bringing him back.

The tight end room received a significant upgrade with the signing of Greg Olsen. While he isn’t quite the receiving threat he once was, Olsen still caught 52 passes for 597 yards last season despite having poor quarterback play. Should Will Dissly stay healthy, the two would create plenty of opportunities from 12 personnel for the offense. Per PFF, Dissly has the third highest receiving grade since entering the league, trailing just George Kittle and Travis Kelce, albeit on a much lower snap count.

While strength of schedule is often a flawed analysis, there are better and worse ways to analyze a schedule. Instead of looking at last year’s win total, this will focus on opposing offenses. Defensive performance is less stable and predictable than offense so it won’t be included here.

Looking at opposing offenses EPA per play, the Seahawks face the 6th easiest schedule. The rest of the division also faces an easy schedule based on last year’s numbers, likely due to the AFC East and NFC East not being strong divisions last year.

There may only be a month until opening weekend but due to the lack of a preseason this year, roster battles and depth charts will be relatively unknown to fans prior to week one. Just another item on the long list of uncertainties heading into the season. Regardless, fans can be happy there is a season at all and be encouraged by the prospects of a revamped secondary as well as continued excellence from Russell Wilson and company.