I’ve got a man-crush 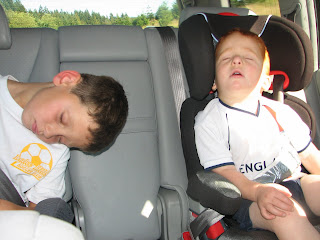 I admit it. Nate Burleson is the apple of my eye. I tend to be big fan of those “off-broadway” players. The ones that are just outside of everyone’s focus or are facing a little adversity. Nate is getting more positive attention this year, but it was last year that he gained my respect.

He was a high-priced free agent that played his way out of the starting lineup. We have all seen the story line a thousand times. Nate was going to be the next “bust.” His reaction, however, was unique. He started to ask Holmgren for reps on special teams, and not just to return kicks. He wanted in on kick *coverage*. The guy was dying to contribute in any way. You all know what he did as a returner, so I’ll spare you that recap.

The plays he made a returner led to increased playing time at WR, though the chances were still limited. The moment when I knew he was going to be a big factor this season did not come during his stellar training camp. It came in the Bears playoff game when he caught a pass over the middle at the 5-yard line, took a big hit, before fighting and diving for the endzone and a critical Hawks TD. It was inspiring stuff.

That’s why I grimace when I hear people seeing his fumble yesterday and breaking out the cliche, “you have to know when to go down with the ball.” This guy has a chance to be game breaker for us. Don’t take that aggression and drive away from him, at least not yet.

Imagine my joy last night when I found out my two boys (pictured above on the way home from Franklin Falls this weekend) met Mr. Burleson at a certain restaurant in Issaquah. My 6-year-old asked him for an autograph, knowing absolutely nothing about him other than that he was a Seahawk (and he knew his daddy loves the Seahawks). Nate apparently signed four pieces of paper for him. Being a stand-up guy certainly doesn’t hurt.