Rumors abound that the Seahawks either should, or are, considering adding Redskins DT Albert Haynesworth through a trade. John Clayton says the asking price may be a 5th round pick, and others have pointed out that the bulk of Haynesworth contract has already been paid.

None of that is why I chose to write about it. I chose to write about it because after being 100% against acquiring WR Brandon Marshall due to his history as a locker room cancer and immaturity, I find myself in favor of getting Haynesworth who is arguably as big of a problem as Marshall. Why?
I haven’t pinned it down yet, but I believe a significant contributing factor is the position. Game-changing DT are not only hard to find, but they tend to be game-changing DTs no matter what team they play on. They are forces of nature that destroy their opponents regardless of system or uniform. WR, on the other hand, is highly dependent on chemistry with the QB and the system in which they are part of. Look at Housh last season. Some WRs dominate no matter what, but it’s far less predictable than a DT.
The other reason is that games in the NFL are won by the teams that have the strongest lines on both sides of the ball. The Hawks have among the weakest combinations of offensive and defensive line talent in the NFL. We are hopefully on the upswing with Russell Okung, but I am not a believer in Colin Cole and Brandon Mebane as Pro Bowl level talent together. But what happens when you add Haynesworth? All of a sudden, Mebane may be unblockable with Haynesworth demanding double, and sometimes triple, teams. Our underweight linebackers are running free and making tackles behind the line and all over the field. Our questionable secondary would likely have to cover for less time as the pocket collapsed on the opposing QB more consistently.
In short, Haynesworth would likely have a significant impact on winning games and making the team more fun to watch. A player like Marshall might have made an impact, but it’s hard to be confident it would have been significant. When faced with the idea of adding a malcontent with a bad track record, I’d rather take on a DT than a WR. Add to all this the quoted asking price of a 5th round pick compared to a 1st (or two 2nds) for Marshall, and you’re lowering the risk quotient even more. What do you think?
Start typing to see results or hit ESC to close
softy russell wilson real hawk talk 49ers cardinals
See all results
More Stories 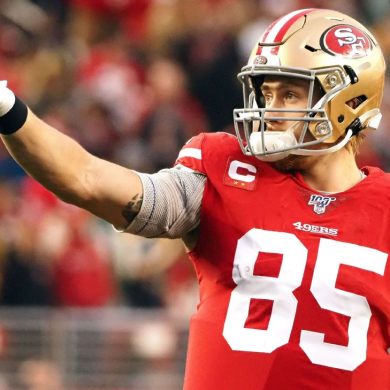