Scoring on a draw from the 9-yard line is worthy of a little extra analysis. The Seahawks running game has been mostly ineffective this season, but managed to have its best day against one of the NFL’s toughest run defenses on Sunday. There were some remarkable contributions to Justin Forsett’s touchdown, and the team ran the same play multiple times later in the game with similar success, so let’s take a look at how they did it. 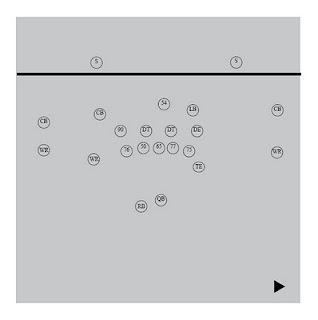 First, the Seahawks come out in a 3 WR, 1 TE, 1 RB formation on 3rd and 9. The Bears are expecting pass and have their nickel defender in covering the slot receiver (Stokley). I have listed Julius Peppers (#90) and Brian Urlacher (#54) with their jersey numbers since they are key parts of what happens. Note, John Carlson is back off of the line. 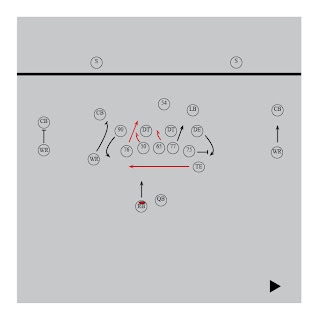 Second, the ball is snapped and handed off to Forsett. Both of Chicago’s defensive ends fly outside to rush the passer. Peppers must be wondering what’s going on at this point as Russell Okung ignores him completely and starts running up the field. Carlson has started to sprint over to Peppers. Ben Hamilton (#50) and Chris Spencer (#65) are doing seal blocks to push the defensive tackles away from the hole they are trying to create. Their blocks are a key part of how this play works. Spencer, as you’ll see in a second, did an especially impressive job. Stacy Andrews moves up field like Okung, and Sean Locklear blocks his defensive end away from the play. Stokley engages the nickel corner. 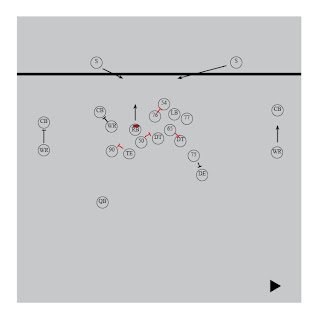 Third, Carlson cut blocks Peppers by diving at his feet. He gets enough of Peppers to trip him and slightly injure him as Peppers remained on the ground near the line of scrimmage. Forsett is still untouched as he reaches the five. By now, Urlacher has met Mr. Okung, who has completely enveloped him. Spencer has sealed his man so well that his back is now to Forsett. Hamilton has done a good enough job, and is still blocking his man. Andrews whiffs on his linebacker, but the linebacker whiffs on Forsett. Stokley is still blocking his nickel back. The safetys finally start pursuing the play. 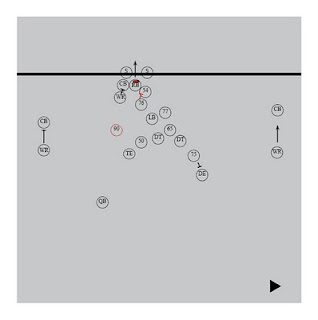 Finally, the safetys meet Forsett at about the two, and his momentum carries the pile to about the one. Stokley’s man pursues the play, but is still being blocked somewhat. Okung pushes Urlacher into the pile. Forsett, Stokley and Okung push through the remaining yard and into the end zone.

Click the arrow on the graphic to run through the play