The Misleading Depth Chart At Running Back 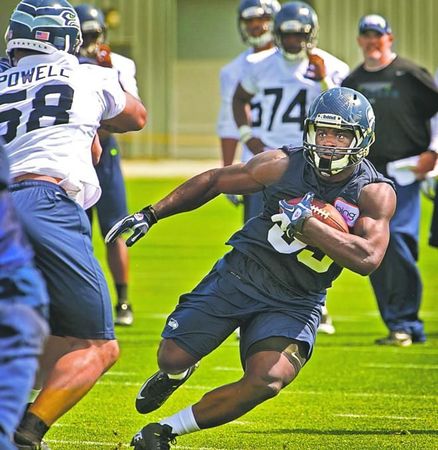 Christine Michael has deservedly started getting some attention after two eye-opening padded practices. I see a player that could eventually out-produce Marshawn Lynch if the offensive line stays together. He has more big play potential, and has a better ability to attack the edge and the interior. Nobody can replace the presence and heart Lynch brings to the offense, and the team. The effusive praise has led some to ask whether Michael could overtake Robert Turbin in the depth chart. The answer is both yes and no.

Teams are increasingly using running backs in different ways almost akin to the way a flanker is different than a slot receiver or a split end. Most fans are familiar with the short yardage back like a Mike Alstott, or the change-of-pace back (Kendall Hunter vs Frank Gore), or even the third-down back (Kevin Faulk) that can pick up a blitz and make a catch out of the back-field. We call them all running backs, but only a select few are capable of being a classic every-down running back that handles 20+ carries per game. Lynch is clearly one of them. Michael will become one of them. The jury is out on whether that is Turbin’s future.

Turbin had an uneven rookie year that provided precious few chances to make his mark. He had some devastating blocks, including a memorable one on DeMarcus Ware against Dallas, and some inspiring runs like in the second half at St. Louis. His low point was the drop of a potential touchdown on a wheel route in San Francisco that was somewhat redeemed by almost the same play against Atlanta that he caught and helped the comeback keep rolling. He is smart, competitive, strong and fast. There is evidence that he is an above average receiver out of the back-field. What we do not know is how good his vision is to find open lanes, and how adept of an inside/outside runner he is.

His performance last season, and commitment to the off-season, means he deserves first crack at the lion’s share of the snaps after Lynch. Not to say there are many snaps left with Lynch as the top dog. Turbin’s early injury in camp opens the door for some competition, but his status should be safe if he can get back and play well within the next week or two. He may end up as second on the running backs depth chart, called on to take some third down snaps and spell Lynch, but that does not mean he is the second best back on the team.

In fact, should Lynch ever miss more than a game or two, the guess here is that Michael would leapfrog Turbin into the starting role. There is much left to learn about Turbin, and of course about Michael, but it is already becoming clear that Michael’s ceiling is considerably higher. The guy Michael most reminds me of is Darren McFadden. He does not have the same speed as McFadden, but appears more durable and capable of breaking tackles. His signature move will be a spin in the open field. It shows up on tape at Texas A&M, and has shown up from day one of camp. Nobody outside of Earl Campbell breaks tackles like Lynch does, but Michael runs with a determination that will result in plenty of yards after contact.

The absolute wild card in all this is Spencer Ware. He is a guy who is making his own positive impression with one bruising run after another between the tackles. This was a player who was a running back in college that the Seahawks drafted with the idea of converting to fullback. It is not clear whether they have abandoned that experiment, or been forced to delay it with Turbin’s injury, but the undeniable result is that Ware is going to be an NFL running back for someone. He does not show the same diversity of skill that a guy like Michael does, and would seem to be more of a third-down back that could threaten inside run on short yardage, block willingly on passes, or be a good receiver out of the back-field.

If Ware earns a roster spot as a running back, but not as a fullback, it is anyone’s guess who loses their seat. He is making it tough on the front office. That is for sure. Plenty of camp remains to let things settle. Michael Robinson could be the starting fullback or off the roster. There is a remote chance that Turbin could find himself in another uniform. It just depends on what roles the coaching staff wants to fill at that position, and how many roster spots they want to dedicate to it.

A betting man would be wise to wager on Lynch, Turbin, Michael and Robinson making the team, and Turbin getting back-up carries (5-10/game), with Michael getting the rest (3-5/game). Turbin, however, will need to come back with a vengeance to recapture the imagination of the front office and coaches. He is on track to always be a bridesmaid, and never a bride, while Michael is getting sized for a ring. 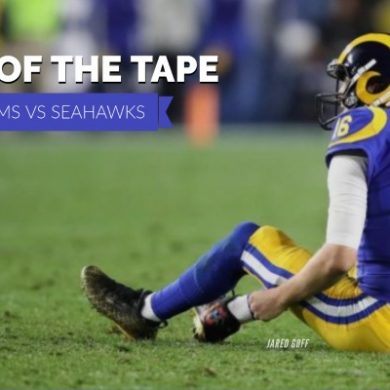