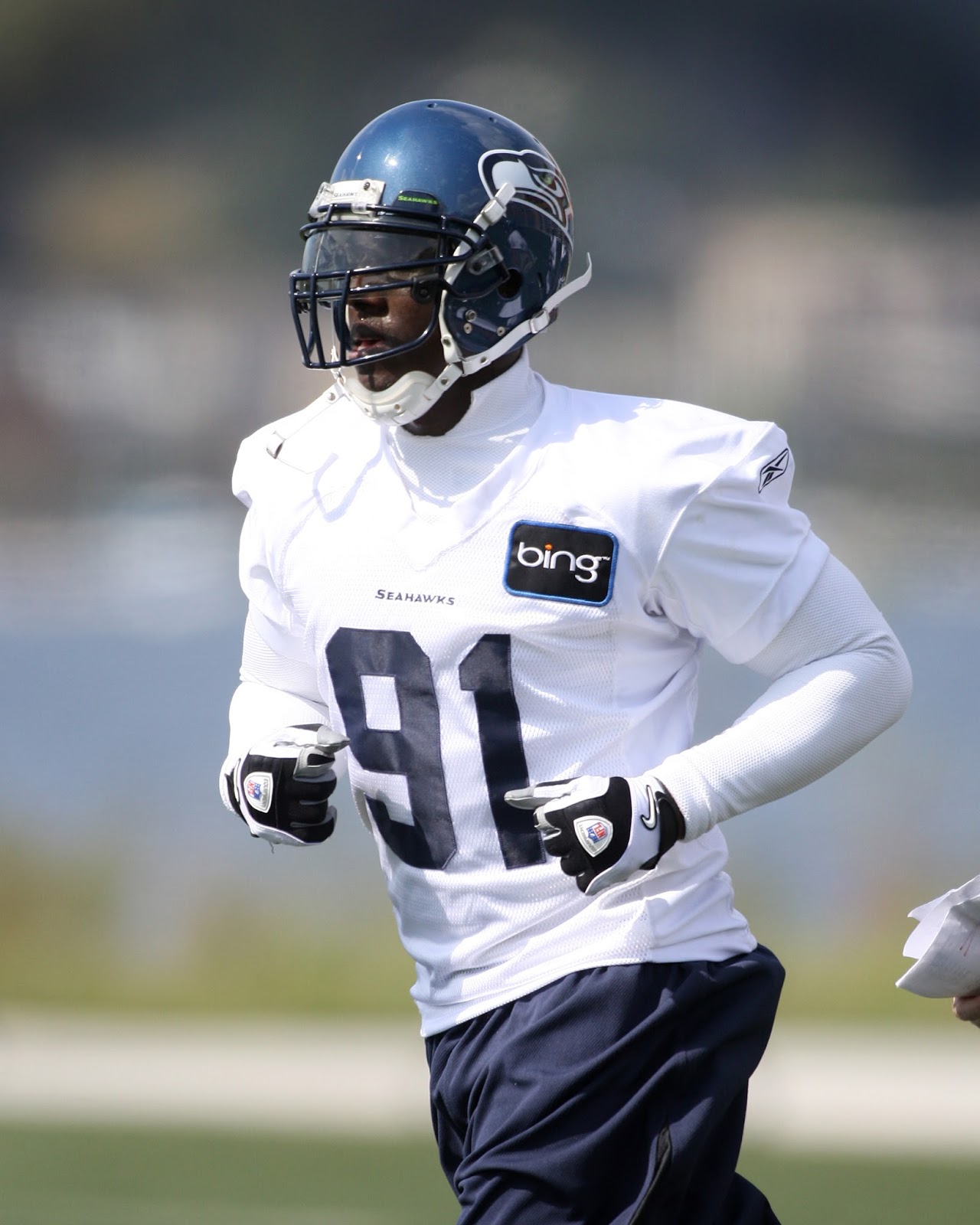 Six players have totaled at least 33.5 sacks while playing in each of the last three years. Three players in the NFL have had at least 11.0 sacks in each of the past three seasons. Only one player in Seahawks history (Jacob Green) has registered more than three seasons of 11.0 sacks, or more. Chris Clemons has a chance to become the second, and he has only played three seasons with the Seahawks. He has 33.5 sacks in that time, at least 11.0 in each season, and enters the 2013 year needing only 4.5 sacks to move into 7th all-time on the Seahawks sack leader list. That is the kind of production that any team wants back in the lineup, but news that he may return for the start of the regular season raises as many questions as it answers.

Clemons has been the only LEO defensive end in the Pete Carroll era in Seattle. He played it on first, second and third down. He played it every game in every season, except for the final game of last year against Atlanta. Now the team has Cliff Avril and Michael Bennett. Bennett has been playing the LEO when the team is in their 4-3 early down alignment. Avril, when he was practicing, played LEO in nickel situations and when the team went to more of a 3-4 look. Bruce Irvin was shifted over to the SAM linebacker, and the team added O’Brien Schofield as his back-up. That is a lot of talent. Now throw in Clemons. It is anyone’s guess how Carroll and Dan Quinn will split up the snaps.

Clemons will be coming off a major knee injury, so nobody should expect him to reprise his full-time LEO role. But he’s not working his tail off to come back quickly just to be a spot role player. And he has earned the right to get first crack at whatever snaps he can handle. The likely distribution looks something like this:

Avril, Bennett and Irvin all lose snaps in that scenario. It is impossible to know which of them would be most effected, but you could make a case for any of them. Avril and Bennett are on short-term deals, and Irvin is already fighting the “disappointment” label from some despite netting 8.0 sacks as a rookie. Clemons turns 32 in October, and stands to lose a lot of money if the team decides he is over-the-hill this year. There is a lot of pride that would have to be swallowed by all of these players to make this arrangement work.
The upshot is the insane pass rush depth, and the potential for all of them to be on the field at the same time. How? Clemons would be the LEO. Irvin would be at SAM. Bennett would play 3-tech. Avril would replace Red. This would not be typical since Bennett playing 3-tech and Avril playing 5-tech generally indicates nickel defense, and the SAM comes off the field in favor of the slot corner. The coaches could choose to mix this package in at some point to bring maximum pressure. Just imagine the lanes that would open up for speed merchants like Earl Thomas and Bobby Wagner to exploit on blitzes. Quarterback sushi.
Real life and real people mean video game lineups can only work when coaches set the right expectations about playing time and the players are mature enough to put the team first. It is easy to say, but incredibly difficult to do.
Cheer for Clemons to make a speedy recovery. Talent like that is always a good thing to have back, but keep an eye on the snaps for some of these other players.
Start typing to see results or hit ESC to close
softy russell wilson real hawk talk 49ers cardinals
See all results
More Stories