Green grass on blue clear sky, spring nature theme. Panorama or banner. Super high resolution, premium quality.
Understanding which of the ninety men on the Seahawks roster are truly in contention for a roster spot is challenging and ever-changing. I took a first stab at high-level roster projections last week, but I wanted to get a little more in-depth about exactly where the battles are heading into the second pre-season game.

I have adjusted my roster projections slightly since that last post. 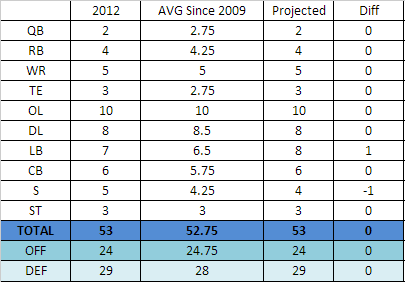 I pulled a roster spot from running back and applied it to linebacker, while still projecting the team cuts down from five to four safeties this year. Spencer Ware and Derrick Coleman are quality players, but it is becoming clear the team has more pressing positional needs elsewhere that could cause the front office to carry their customer four backs and see if they can stash one or both players on the practice squad.

Linebacker is a redefined position this year for Seattle with more specialization, which could require extra guys on the squad. Mike Morgan is on the bubble, but this projection means he is on the squad.

You can click here for my detailed roster projections, including which players are on the bubble.

The most heated battles are at defensive line and safety. One reason I think the Seahawks may trim their safety count is someone like Antoine Winfield may be able to play safety in a pinch. Who comes out of the scrum on the defensive line is anybody’s guess. If Chris Clemons is not on the PUP list come week one, than both Jaye Howard and Benson Mayowa may find themselves on the outside looking in. Mayowa would appear to be a more valuable asset than Morgan, but Morgan is a core special teams player and Mayowa has yet to demonstrate he can be a contributor on that unit. Morgan’s versatility also helps him since he can play WILL, SAM and LEO.

A wildcard in that battle is the surprise possibility that Tony McDaniel could be cut. He is due more than either Howard or Mayowa, and the team has Michael Bennett, Jesse Williams and Jordan Hill that can all play three-technique defensive tackle. Howard can also play that spot. McDaniel may be the best 3-tech of the bunch, but not by a lot, and this front office has let good veteran defensive lineman go before. Kevin Vickerson was playing well in training camp, and filled a need, but the team cut him due to cost/benefit. Vickerson has gone on to be a key part of the Broncos defense. McDaniel may be the next in line.

Will Blackmon would be a very tough cut, and a guy the team would have to hope they could find a trade partner for. Michael Bowie and Rishawn Johnson are battling for the final offensive line spot, with Bowie currently leading.

Tomorrow is the last public training camp practice, and I will be there to share my final thoughts on training camp. 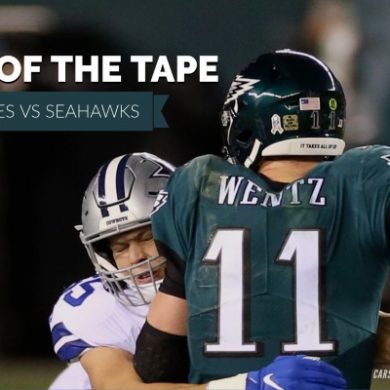