It’s that time. Here are my final projections of who will makes the 53-man roster this year. There were a number of big surprises last year, including cutting Sean McGrath and going with just two tight ends. John Schneider and Pete Carroll have made a habit of looking for ways to improve their team down to the very last minute. Do not be surprised if we see trades for future picks or even straight player trades where the teams have a surplus at different positions and would rather swap than cut the guy outright. Defensive line is one are we might see that for Seattle, especially if they can find a guy who is stout against the run. A move like that could see Greg Scruggs or maybe Jordan Hill falling off the roster. That may seem crazy, but neither player has really grabbed hold of a roster spot, and defending the run could be a challenge for Seattle, especially if any starters at defensive tackle get injured.

The toughest calls were on wide receiver, tight end, linebacker and cornerback. We simply do not know where things stand with Kevin Norwood and Bruce Irvin. Norwood is far too talented to cut, so that is out. Maybe he goes to IR. If not, either Lockette or Walters is off the roster. I think Lockette is more valuable than Walters, but it’s close.

Kevin Pierre-Louis could find his way to IR somehow to clear a spot for Korey Toomer who might be too good to sneak through waivers. Pierre-Louis does not appear ready to really help this season.

Phillip Adams gets the nod over Akeem Auguste because of his special teams return abilities, which makes Walters less necessary. Auguste also is practice squad eligible. 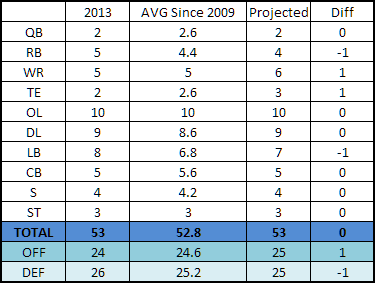