THIS WEEK
It was a fall from grace for the Bengals who were way out in front the previous two weeks, but got blown out in New England this week. Green Bay takes over the top spot with their second consecutive blowout win. Denver also climbs over Seattle, who falls a spot despite raising their total team strength number.


A win over the Cowboys could very well move Seattle into the top spot as their strength of schedule is certain to rise, and is already second-toughest in the NFL so far. The Seahawks are also being weighed down by a dismal opponent passer rating of 97.8. Arizona is the only other team in the top ten who also has allowed a 90+ opponent passer rating on the season. 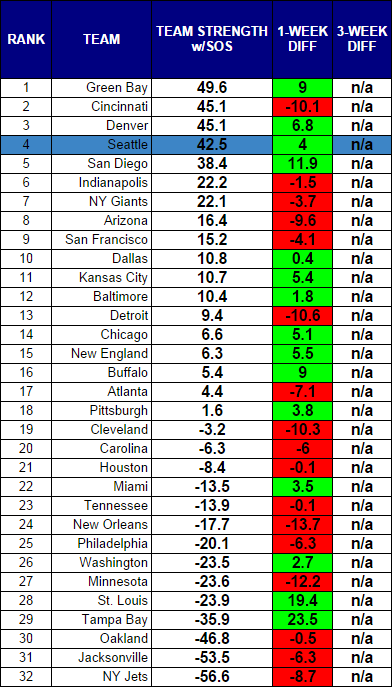 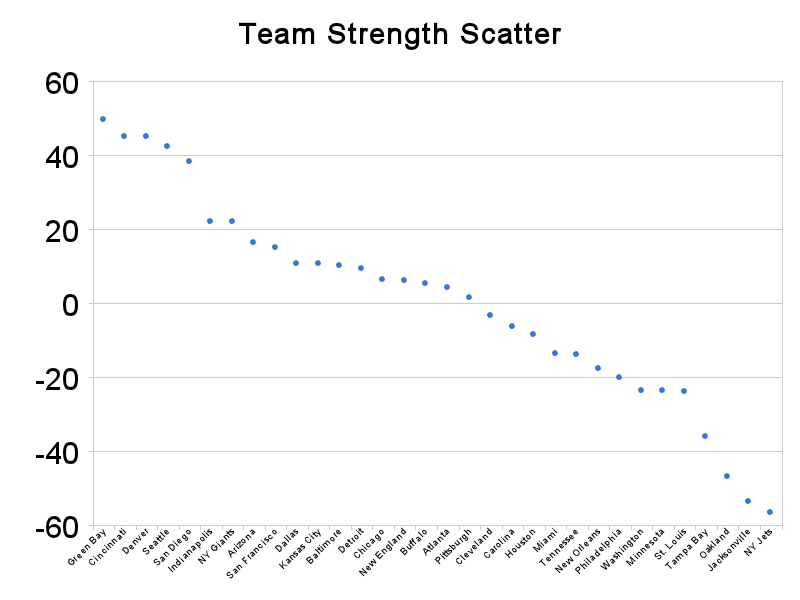