THIS WEEK
Seattle takes a predictable fall this week all the way down to ninth, losing more team strength than any other team. Arizona, despite being tops in the division, is falling in the rankings down to 14th. The Cardinals actually have a negative passer rating differential (88.1 vs. 91.2), and their score differential is very slight (23.2 to 21.2). They are finding ways to win.


Interesting to see the Seahawks have already beat the top two teams in the rankings. Their two losses are to the fifth and sixth-ranked teams. A loss stings no matter who it comes from, but it is still important to keep some perspective. 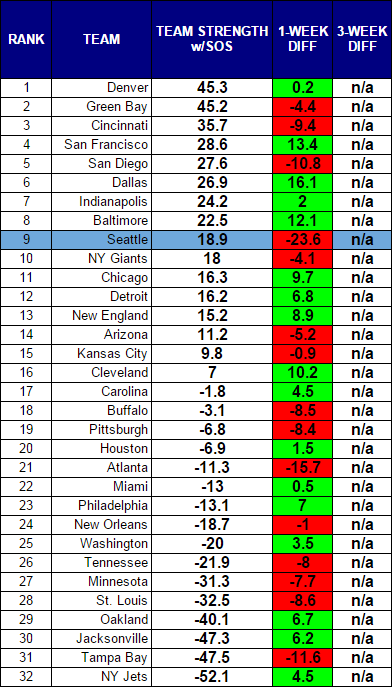 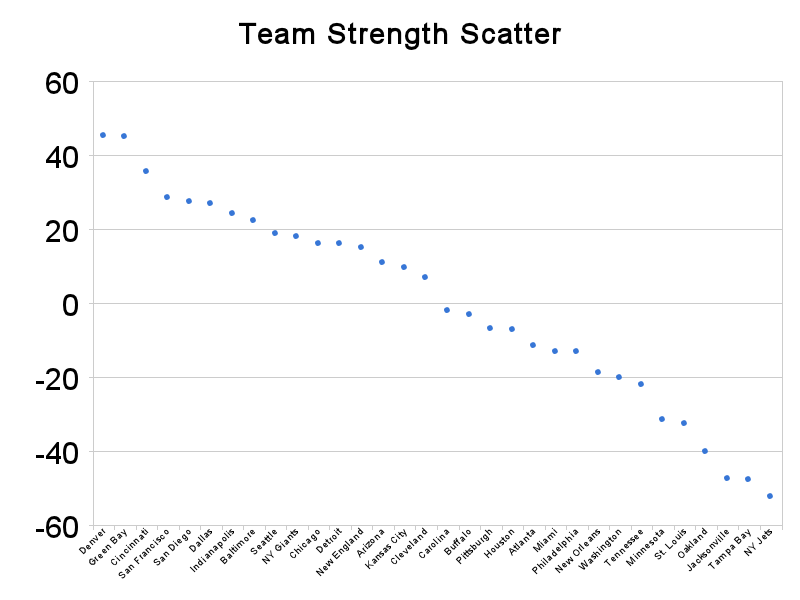