Detroit looks like another pretender with a very poor SOS and small point differential. Watch out for the Saints, who are showing signs of life. Their game against the 49ers in a few weeks will be telling. Four of the Seahawks remaining nine games are against teams ranked ahead of them, while six of nine are against top fifteen clubs. Those choosing to place a bet on these games will certainly have to do their fair share of research. The bunching of teams, as shown in the scatter chart below, is unlike most other seasons. The difference between #4 and #13 is very slight. 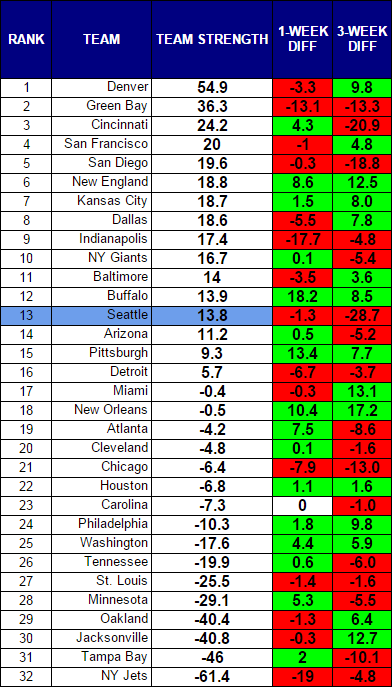 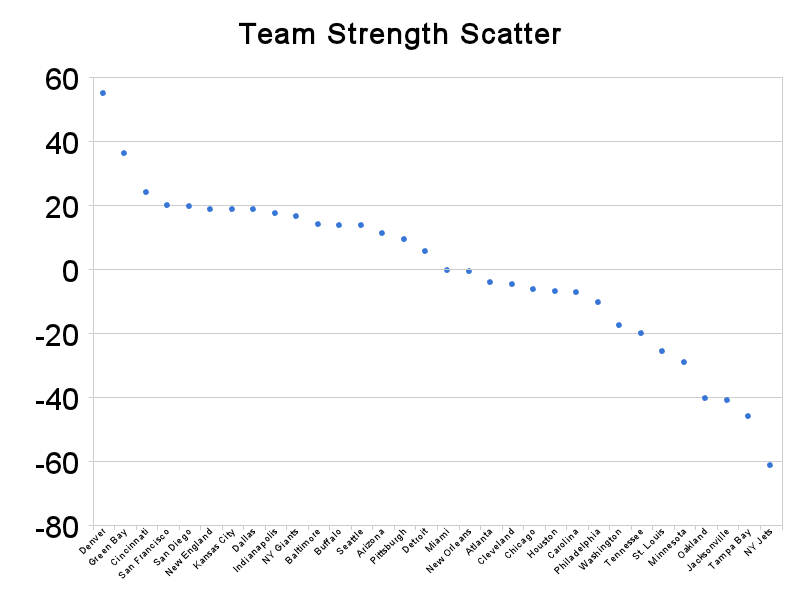