Say what you will about who the best team in the NFL is before this season gets underway. There is little doubt, though, that the most talented roster in the league resides in Seattle. The Seahawks have gone to two straight Super Bowls, are littered with Pro Bowl and All-Pro players, and attract a feeding frenzy when players are cut loose. No team had more players claimed from their cut list (4) than the Seahawks did. The perception would be that this kind of talent is built through a series of high draft picks. The truth is quite the opposite. 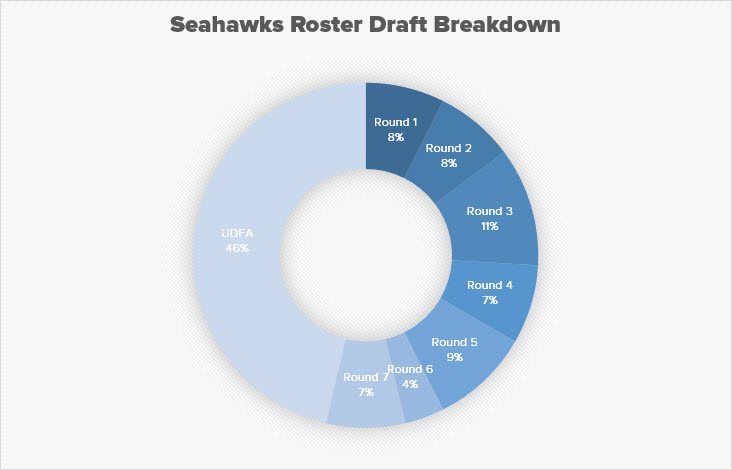 John Schneider and Pete Carroll take a lot of pride in finding the best players for their roster, regardless of where they were drafted. Their roster is proof of that philosophy. Two-thirds of the roster was taken in the 5th round or later. That is a testament to their scouting, their coaching, and their lack of ego when finalizing the team. 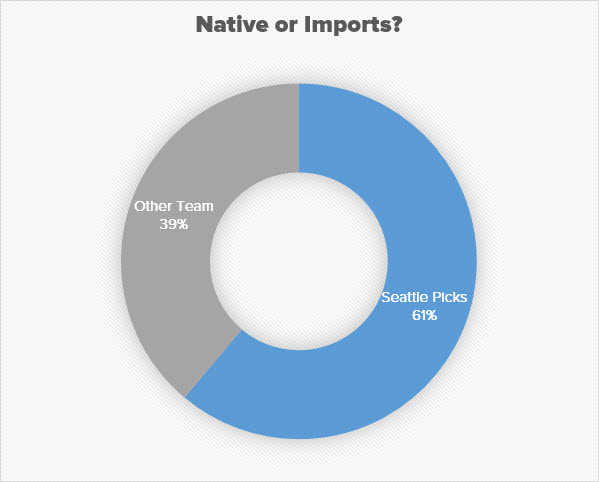 The bulk of the Seahawks roster are players who either were drafted by the Seahawks or signed immediately following the draft as undrafted free agents.

Seattle is known for having the best defense in the league, but not everyone knows about how it was constructed. It is not full of J.J. Watt or Warren Sapp high draft picks. Take a look at each position group that comprises a historically good defense. 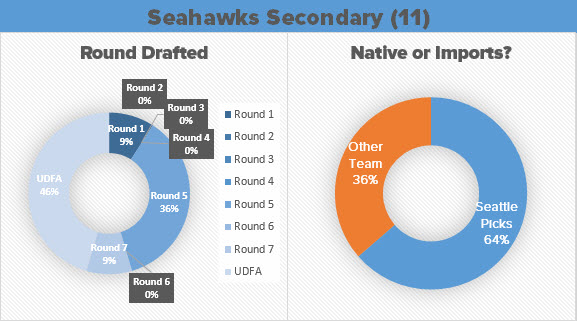 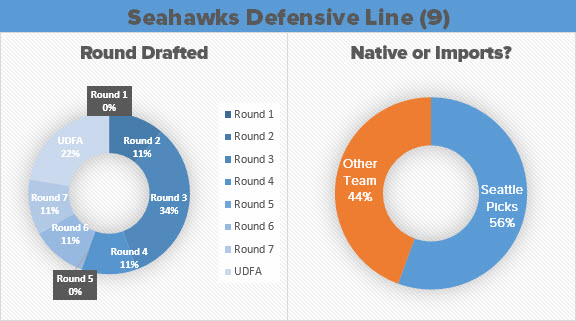 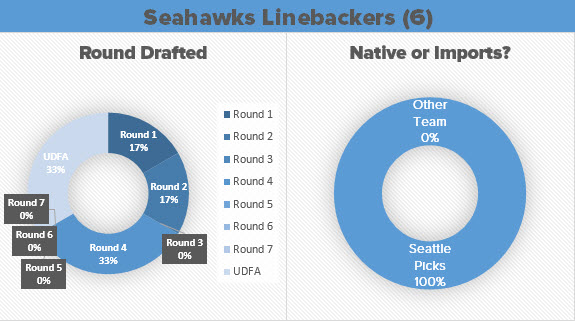 There are two first round picks and two second round picks. There are more than twice the number of undrafted free agents (9) than 1st and 2nd round selections (4). Eighteen of the 26 players (including Kam Chancellor even if he is not officially on the roster yet), were selected by the Seahawks or signed as UDFAs. The linebackers are all Seattle born and bred. Nearly half (46%) of the Seahawks vaunted secondary were undrafted. 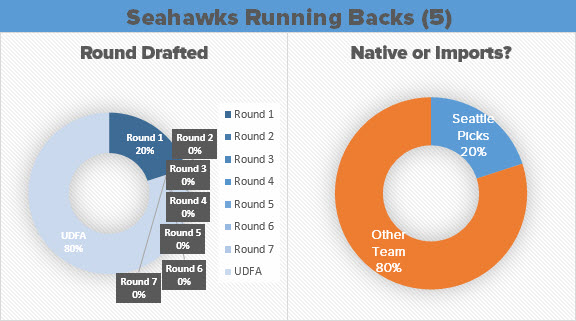 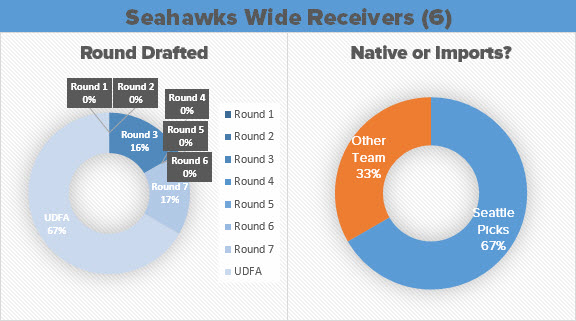 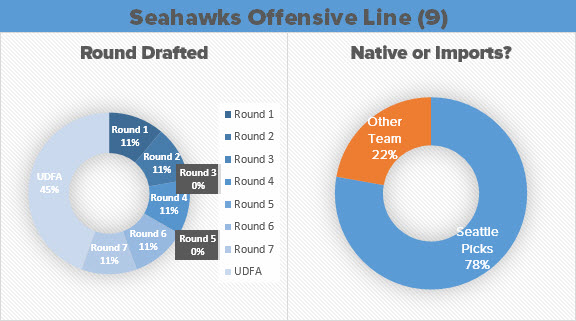 Things are even more extreme on the offensive side. Note, charts were not included for tight ends and quarterbacks because their numbers are so small. After trading away Christine Michael, a former 2nd round pick, the Seahawks have only one drafted running back on the roster. This is by far the most imported part of the roster, with every player but rookie Thomas Rawls being originally drafted or signed by another team before coming to Seattle.
The receivers have well chronicled as lacking in pedigree but producing at a high level of efficiency. The highest pick the Seahawks ever used on a receiver was in Carroll and Schneider’s first year when they took Golden Tate in the second round. Tyler Lockett is now the receiver with the highest draft round (3rd). Paul Richardson will change that when he returns from PUP.
The offensive line is one of the most balanced in where they were taken. Seattle has a very specific type of lineman in mind, as demonstrated by the second-highest percentage of players who were drafted or signed first by Seattle.

The Seahawks value players who will come to work every day and grind. They have to love football and ideally have a chip on their shoulder that propels them. Carroll and Schneider have done an amazing job of turning other team’s trash into NFL treasure. Much has been made of the Seahawks benefitting from the cheap contract that Russell Wilson was on before this season, and it is true that played a major role in their ability to stockpile veteran talent.
It is there ability, however, to find and develop cheap talent that other teams undervalue or under-develop that will keep them winning even after their stars get paid.