These are interesting times in the NFL. The Patriots remain on top, but there is a tight bunch of three teams that are basically equivalent right behind them. The Bengals leapfrog the Cardinals into second place after a sluggish game against the 49ers, and the Chiefs are right behind them in fourth. The Seahawks rise to fifth with a performance the ranking formula loved. They increased their scoring margin and their passer rating margin by a good chunk. No team improved their team strength more this week than the Seahawks. Seattle owns the fourth-most efficient offense in the NFL, according to these rankings. Wild.

Carolina and Green Bay are right there with Seattle as what amounts to the second tier of teams. Buffalo is a bit behind those three, and then things really fall off. Minnesota, the Seahawks opponent this week, has risen over the past three weeks, and is probably playing more like third tier team than a fifth or sixth tier team (check the scatter chart below to see the visual tiers of teams). 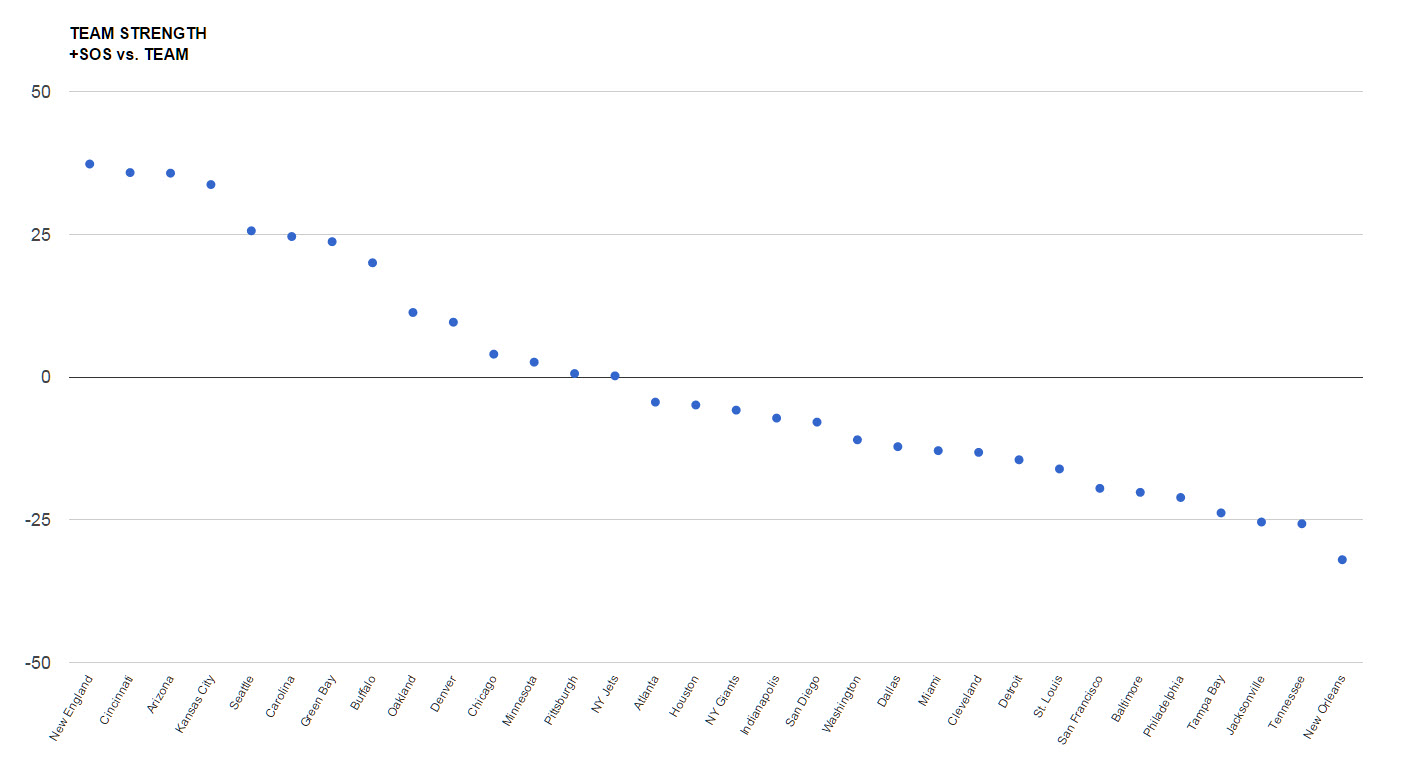