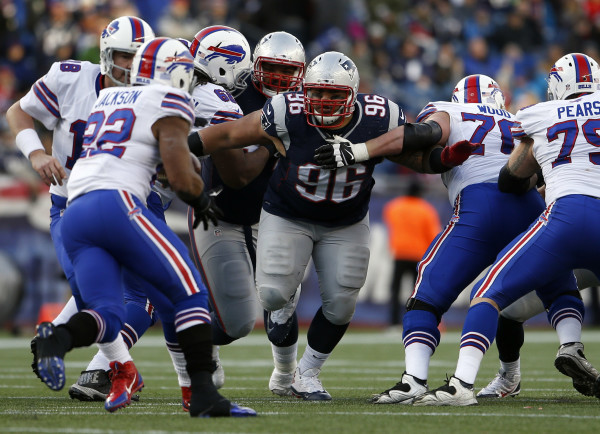 The Seahawks can’t quite make up their minds about DT Sealver Siliga. They traded to acquire him from the Denver Broncos back in 2013 in exchange for John Moffitt. Then they cut him. Then they signed him back to the practice squad, before eventually letting him go. The New England Patriots signed Siliga to their practice squad that year, and he became a quality starter for them in 2014. Seattle reportedly brings Siliga back on a one-year deal, worth as much as $1.4M.

John Schneider hates to enter the draft with known holes in the starting lineup. There were plenty of options who were capable of stepping into the nose tackle spot vacated by Brandon Mebane, and Siliga ranks near the top. The Patriots had difficulty stopping the run in 2014 until Siliga returned to their lineup.

It was his presence in the middle of their line that helped plug a serious flaw in that defense. Opponents rushing totals plummeted, and ultimately, that may have played a role in the Seahawks decision to pass in that fateful Super Bowl moment.

He is strong and athletic, and plays the position with rare energy. ProFootballFocus listed him as a Secret Superstar heading into the 2015 season. The challenge with Siliga has been durability. He has yet to come close to playing a full season.

That is an acceptable risk given the price Seattle paid, and the talent they are likely to add to the position in the upcoming draft. Siliga combines upside, with proven performance, at a very low price. This was a perfect signing.