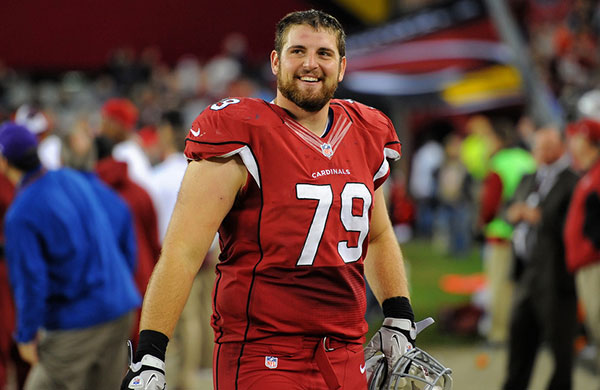 Seattle announced yesterday that they had reached an agreement with reserve offensive lineman Bradley Sowell on a one-year deal, worth $1.5M for the upcoming season. Sowell, who started 13 games for the Arizona Cardinals in 2013 at left tackle, has been a reserve the past two years. The Cardinals signed Jared Veldheer in 2013 after Sowell finished the 2013 year ranked 76th out of 76 tackles by ProFootballFocus.com .

This move was made to replace reserve lineman Alvin Bailey, who signed with the Cleveland Browns. It looks like a downgrade, which is disappointing, even for a reserve spot on the line. Bailey was able to play both tackles and both guard spots. He had started at left tackle in multiple games, and had contributed to significant wins in franchise history, including the comeback win over the 49ers in the 2013 NFCC.

Bailey could have been kept around as a restricted free agent if the team had tendered him. They chose not to, perhaps because Bailey had indicated he wanted to leave. Whatever the reason, Seattle has lost a valuable backup across four spots who has done admirably when asked to fill in, and replaced him with a player who has not played well when given the opportunity.

Sowell is just 26, so there is some chance that Tom Cable can coach him up, but even Seattle does not see him as long-term option considering the length of contract he signed. It is hard to see this as a deal that improves the fragile tackle position. It feels more like adding a warm body. Given that, I would have rather seen the team sign a veteran backup who has been a quality player in the past, and can act as reliable depth if the young players do not work out or get injured.