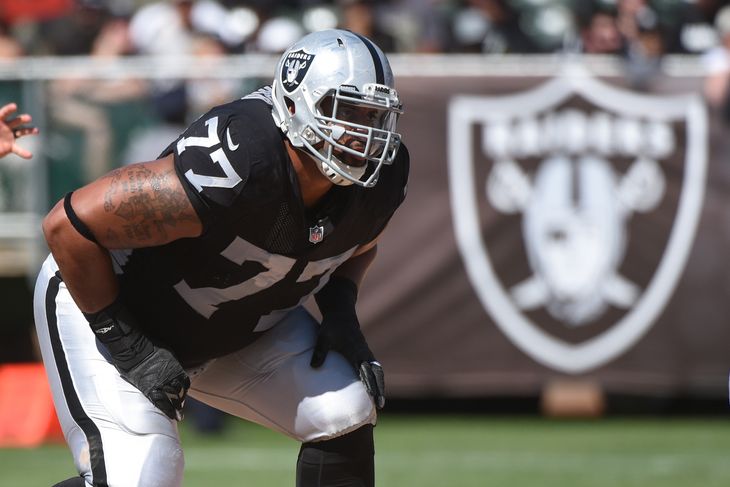 Reports surfaced overnight that the Seahawks have signed J’Marcus Webb. Details of the contract have not been announced yet. Webb started most of last season as a guard for the Raiders, but has experience as a tackle, both for Oakland and Chicago. Webb was ranked worst at his position by PFF last year, and was a disaster for the Bears when he played tackle.

This signing is difficult to grade without knowing how Webb will be utilized and what the price was to get him. If he was brought aboard to replace Alvin Bailey as a depth player who can play four spots on the line, this could be a quality addition. If he is being paid to compete for a starting role to replace J.R. Sweezy, this is pretty disappointing.

Webb perfectly fits the Tom Cable mold of all-run block, no pass-pro, lineman. He is tough and physical, and seemed to benefit slightly from moving inside to guard last year. Rankings by sites like PFF are easily overblown, and their rankings system has never valued Seahawks linemen the way the market has, but it sure would be nice to add a player who ranks higher than the worst at his position.

Seattle already added Bradley Sowell, who also ranked worst at his position by PFF rankings when he started 13 games in 2013.

This is not the recipe I had hoped for when envisioning an improved Seahawks line. They have struggled the past few years due to betting big on young developmental players. I had hoped the front office would invest in quality veterans like Jahri Evans, Evan Mathis, or even guys like Ryan Wendell and Geoff Schwartz. Those guys have at least played at a high level at some point in their careers.

Instead, it is looking more and more like the team will enter camp with question marks at nearly every line spot, with no clear upgrade at any position. Of course the Seahawks will draft some linemen, but the number of quality, impactful, rookie linemen Seattle has added since John Schneider took over is one. Even Russell Okung spent most of his rookie year injured, so you could argue the number is zero.

Heading into training camp hoping that rookies will step up dramatically reduces the Seahawks prospects. More moves are sure to be made, but it is hard to see the situation so far as anything but disappointing.