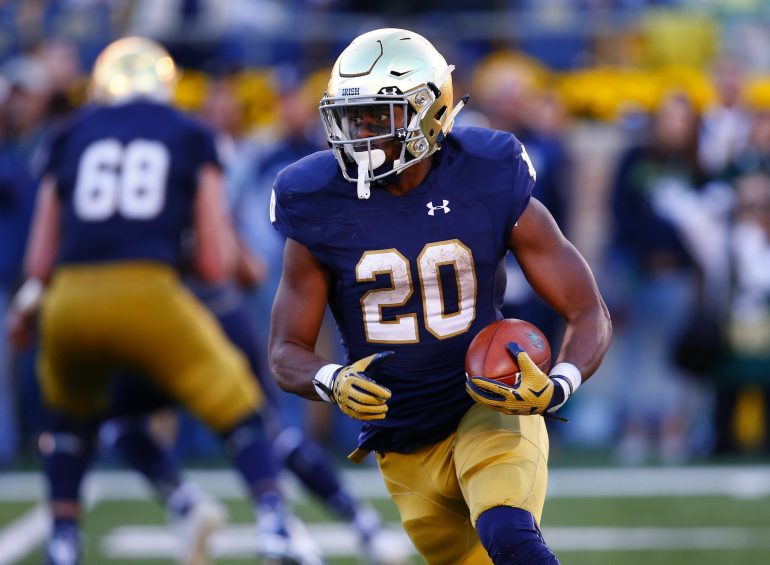 The Morning After: Seahawks Bulk Up In Rounds 2 & 3 One consistent message from John Schneider since the season ended was that the Seahawks needed to get back to being the bully. His vision of what that means is coming into full focus after free agency and the first two days of the 2016 draft are behind us. The first thing that comes to mind for most when you talk about physical play is defense. It was the Seahawks offense, however, that got overpowered too many times last season. Schneider and company are executing a plan that will greatly increase the size and strength of their line. This draft less about adding playmakers, although C.J. Prosise would quibble with that, and more about adding play-enablers.

It is always noteworthy when the Seahawks choose to trade up in a draft. They had done it only twice in the Schneider era before last night. First, was a 2013 trade up for Jesse Williams in the fifth round. Second, was the bundle they gave up to nab Tyler Lockett. Schneider paid a considerable price for the right to move up a few spots and select Alabama defensive tackle Jarran Reed. Surrendering a fourth round pick, especially in a draft this good, is a big deal. Seattle was more willing to do that because they added a third round pick the night before in the trade with Denver.

One way to look at this is that Schneider traded back five spots in the first round in exchange for a third round pick and moving up in the second. That ammunition became important as Reed, a first round pick according to many analysts, tumbled down the draft to within striking distance of the Seahawks.

Reed comes right in and will compete with Sealver Siliga, Ahtyba Rubin, and possibly Jordan Hill for a starting spot inside. Everything about him screams long-time starter. Daniel Jeremiah loves comparing him to the Rams Michael Brockers.

Schneider had never picked a run-stuffing defensive tackle before the fifth round, which says a lot about how they feel about Reed and their need inside.

Seattle has not typically valued run-stuffing defensive linemen much. They drafted Williams in the fifth and Jimmy Staten in the fifth. They always find affordable veterans to play 3-technique defensive tackle like Alan Branch, Tony McDaniel and Rubin. Spending a second round pick, and one that they had to trade up for, on Reed says they really believe they now have a long-term solution in the middle of their line and that they were pretty darn uncomfortable with where things stood before the draft.

I happen to like Siliga a lot, and am looking forward to the rotation that includes him along with Reed and Rubin. Running inside on the Seahawks, already the top-ranked run defense last year, should be even more difficult next year. It also could mean more room to roam and make plays for Bobby Wagner.

The return of a physical tight end

The last time the Seahawks had a blocking tight end on the roster, they won a Super Bowl. The injury and eventual retirement of Zach Miller is one of the most underrated losses of the past two years. Miller was crucial as a blocker, both in pass protection and in the running game. Tom Cable has not stopped creating blocking schemes that sometimes rely on the tight end playing the role of a tackle blocking a defensive end. The difference is that guys like Jimmy Graham, Luke Willson, and Cooper Helfet are far less capable of completing the task.

It is easy to point at the offensive line as the big problem in pass protection, but go back and watch how of the worst sacks were surrendered by tight ends last year. It was a lot.

I had been pounding the table since last year to add a player like this via free agency. They are not costly. Anthony Fasano was available last year. Clay Harbor, Jermaine Gresham, Marcedes Lewis, and others were available this year. I tend to think the team would better off treating this position the way they treat the 3-technique defensive tackle and just roll in new veteran blocking tight ends every few years on the cheap. That would leave draft picks available for more expensive positions to fill.

That is nothing more than a minor quibble. Plus, a number of folks believe Vannett can grow into a three-down player worthy of more than the blocking tight end label. He has what appear to be great hands, and will make the tough catch in traffic. Throwing out a 6’7″ Graham and a 6’6″ Vannett could become an interesting combination down the line.

Speaking of Graham, one has to at least ask the question whether spending such a high pick on a tight end is a hedge against his health. It doesn’t matter that Vannett and Graham are totally different players. If Graham cannot play for any reason, the team needs a viable second or third tight end. Cooper Helfet is a nice receiver, but the team becomes very limited if they have to rely on him as a regular contributor due to his challenges blocking. Vannett provides the flexibility the team has been trying to get from Anthony McCoy the past few years. He may not be flashy, but don’t be surprised if Vannett becomes one of the most important picks of this class.

More beef on the line

Adding 323 pound Ifedi and 315 pound Rees Odhiambo, in addition to 330 pound J’Marcus Webb speaks volumes about the type of player the Seahawks are trying to add to their line. These players may get beat on technique, but not many people will overpower them. That appears to be the basic premise here: give Cable athletes big enough to stand up to anyone and let him teach them how to play the position. That is a bit of a departure from the smaller, athletic movers like sub-300 pound J.R. Sweezy who excelled at getting to the second level.

The other interesting note here is that there really does not appear to be a challenger for Garry Gilliam at the left tackle position unless you consider Bradley Sowell a legitimate threat. Camp likely opens with this starting line:

I expect significant competition at four of those five spots. Ifedi will hopefully earn a starting spot. Britt, Glowinski, Odhiambo, Webb, and Ifedi will compete at guard. The last two will start at tackle, but if they prove to be one of the five best linemen, they very well could slid inside and take one of the guard spots. Kristjan Sokoli will push Lewis at center, and possibly enter into the guard competition as well. If both Webb and Ifedi make their way into the lineup, with the assumed addition of Glowinski, there is a pretty significant increase in size and strength.

Odhiambo is most likely a redshirt player. He struggled with injury. The team will get their medical and training staff to work with him, and give him a chance to develop the way Glowinski did last season. Keep in mind, Odhiambo was picked earlier than Glowinski, and in a draft where the team really liked the quality of the players available to them. The think they added a great lineman who was undervalued due to injuries they believe they can address with their program.

The first Seahawks pick of the third round is a guy who could see some jersey sales early on. Prosise is a fluid runner, and former receiver, who projects as a third down back now and a potential featured back later. It is a bit crazy to talk about a running back who was a receiver and weighs 220 pounds. It is not all that unusual for receivers to play a bit of running back, but they tend to be scat back guys checking in at 180 pounds.

Prosise has the potential to be an immediate contributor in third down situations and certain sub-packages that rely more on the runner being available as a receiver. He has some breakaway potential, and shows more shiftiness than many of the other backs taken. I was never on the Derrick Henry bandwagon for Seattle. Straight line runners are rarely successful at the NFL level. You have to be able to make people miss in small spaces. Prosise shows that lateral agility, and a nice burst to go along with it.

The team now has Thomas Rawls, Prosise and Christine Michael in the backfield. That gives them enough to enter the season with reasonable confidence that the position is in good hands. Each player has a durability question. Prosise and Michael have ball security questions. This position will rise and fall with the health of Rawls. He is the guy who has proven he can be a Pro Bowl level featured back. Prosise enters as a complementary back, but has the potential to be more if the situation demands it.

Seattle has four more picks left in the draft, assuming they do not trade any more. They need a quarterback. It might not hurt to add a fullback. It would also be nice to add to the pile at linebacker. Those are the important ones. Schneider tends to look for raw pass rushers in the late rounds, and if I have one criticism of this draft so far for Seattle, it is the lack of additional pass rush. The team is heavily banking on Michael Bennett, Cliff Avril, and Frank Clark to carry the day. Chris Clemons, Ryan Robinson, and Josh Shirley could show up, but can’t be counted on. Adding at least one more pass rush specialist to the pile would be a good idea.