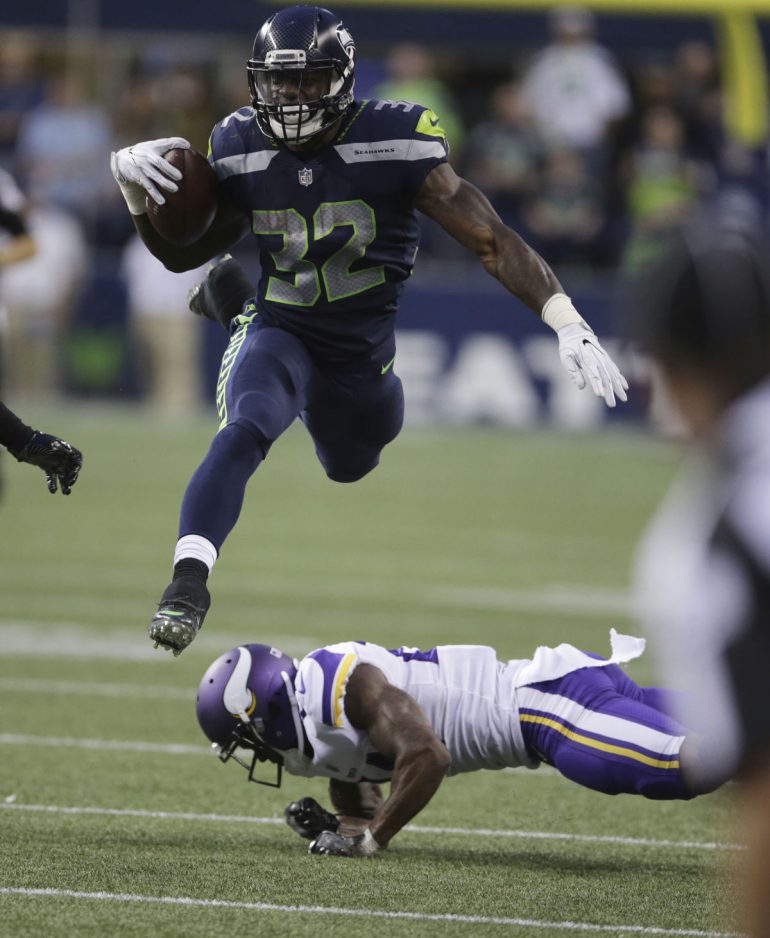 Only 46 of the 53 players on the roster are active for game day. With so many new faces on the team, I found myself wondering who the coaches are most likely to sit for week one. Here are the seven names I am expecting to see in street clothes.

Brand new to the team, it would be surprising if Battle was called on to be available as a substitute this week. He is likely to be inactive most of the season, assuming he is still on the team after this week. Expect the Seahawks to sign a veteran defensive tackle next week and take someone’s roster spot.

Thompson’s best chance of being active is if fellow rookie safety Delano Hill is unable to go. Hill is a far superior special teams player and safety, so he would be in uniform if healthy. Hill has been on the injury report all week, and is listed as questionable.

The veteran linebacker has been out of practice all week with a calf injury, and is listed as doubtful. There is no reason for the Seahawks to push their luck at linebacker with plenty of other options. Terence Garvin will start at SAM, and the team can turn to Dewey McDonald if necessary.

Darboh made the squad, but has yet to prove he is deserving of Sunday snaps. He has the potential to be a big special teams contributor, but he may need to be inactive a few weeks before earning his keep. He can take some solace in the fact that Golden Tate, a second round pick, was inactive for his first game back in 2010. J.D. McKissic likely is going to be active to give the team options at returner with Tyler Lockett just rounding back into form, and Tanner McEvoy is a proven contributor on special teams.

This is a tough call, both because Carson is very talented and because the team could decide to give Thomas Rawls another week to heal from his high ankle sprain. Rawls has practiced all week, and my guess is he suits up. If he does, it would be hard to justify having four running backs active on game day.  Carson has shown some ability on special teams, so he might push someone else off the active roster outside of the running back room.

This one was the hardest to project. Smith might be higher on the depth chart overall than David Bass, but Bass can play both inside and out, and Bass has made a number of plays on special teams. That gives him the edge over Smith even though Smith might be the preferred backup to Frank Clark if he cannot stay on the field. Clark has been battling wrist issues.