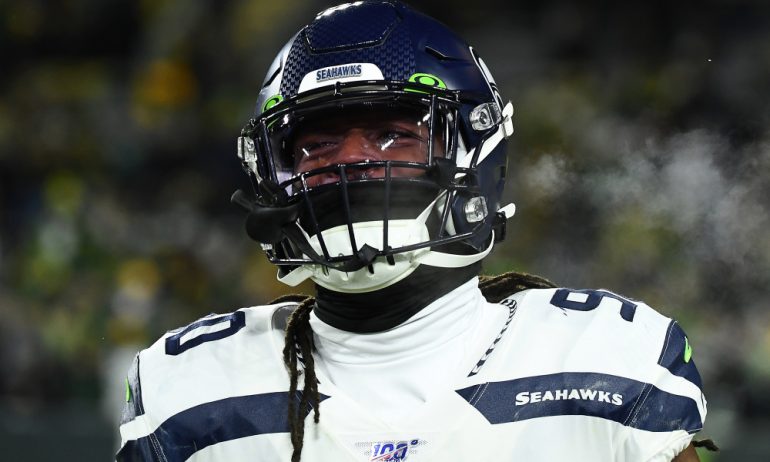 Here’s Why Clowney Hasn’t Signed with the Seahawks

Yet, he remains unsigned. But why?

I’ll try to answer why.

First of all, reports have obviously emerged that Clowney’s market hasn’t developed as projected. It was originally expected that Clowney would sign something in the Khalil Mack range, basically the top end of the pass-rusher market. To give you an idea of where the tier one pass-rusher market is money wise, here are the top six highest-paid pass rushers in the NFL:

I believe there are two reasons why Clowney hasn’t received an offer in the tier one range:

What has Seattle offered?

I said this on Twitter today and I stand by it. It includes no inside knowledge whatsoever, but I believe the Seahawks have offered to pay Clowney at the top end of the tier two pass-rushing market.

At this time, it’s my understanding that no team has offered a better deal than what the Seahawks have offered.

What if the Seahawks don’t re-sign Clowney?

We’re f*****. Not kidding. Not an overreaction. This defensive line, even with Clowney, is still the worst in the NFL by a wide margin. Relying on LJ Collier and Rasheem Green to become full-time, above-average contributors on day one of the 2020 season is an irresponsible bet.

Seattle must do everything they can to keep Clowney in the fold. If I was Matt Thomas negotiating the numbers with Clowney’s agent, I’d nudge John to release Tedric or Dickson and use the resulting cap savings to lock in Clowney long-term.

I’m not interested in a short-term, 1 year prove-it deal to let Clowney reset his value. I don’t want to play this game again in a year. I want an elite, blue-chip defensive piece to build around for the long term. Rarely do franchises have the opportunity and privilege to do so. Letting Clowney escape in free agency would be a colossal failure.

One interesting rumor floating around is that the Titans are interested in his services. I’ve had multiple folks, on good authority, tell me otherwise. Mike Vrabel, head coach of the Titans and former Texans staff-member, is not a fan of Clowney. And he’s spent a lot of time with Clowney. He drafted him!

One other thing to mention: in their pursuit and patience of Clowney, Seattle has missed out signing on a metric ton of mid-tier, rotational pass rushers. And some of those were really fair contracts. If they lose Clowney, they’ll be staring at the bottom of the barrel.

We’ll likely hear of Clowney’s decision in the next 24-72 hours. I pray to all the gods of the universe that his future is in Seattle. Because without him, this defensive line might be one of the untalented defensive lines in NFL history. They’re that bad.

Cut Britt, cut Dickson, trade Tedric, or ever cut KJ if you need to. Just pay the extra couple million if that’s what is required to sign him long term. When you consider all the cash this team has burned on failed projects like Ezekiel Ansah (~$9M), Eddie Lacy ($6M), Luke Joeckel (~$9M), and others — it makes no sense not to buck up and simply pay Clowney what it takes to keep him long term.

Let’s hope Seattle doesn’t screw this up. Please. Get a long-term deal done so I can sleep tonight.