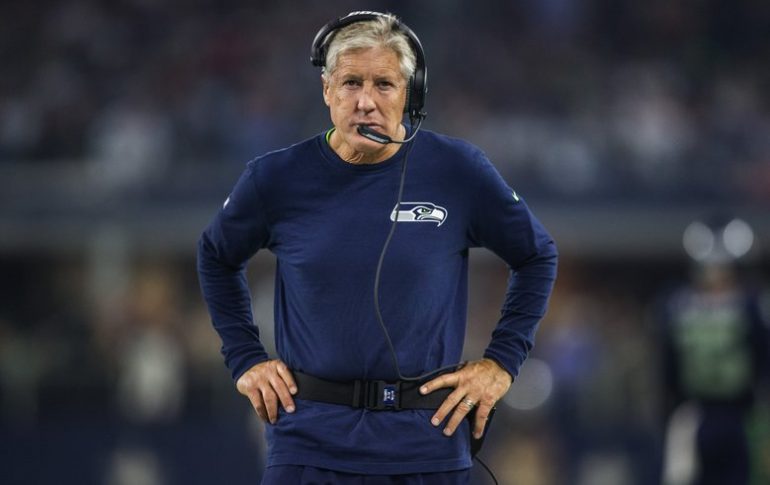 2020 Seahawks Draft Primer: What areas should they address on Day 2?

As much as I mentally prepared for the Seahawks to trade down, or overdraft an edge rusher, John Schneider pulled another draft day stunner out of left field.

If you read Thursday’s article, I actually presented a case for the Seahawks to stay at No. 27 to select a linebacker. However, the player I thought fit best was Patrick Queen, a modern-day prototype that can play in space and most importantly, with huge potential in coverage. Brooks is still a prospect I heard was going to go in the top 40-45 picks, but I did not personally see the fit with the Seahawks. Queen went one pick later to Baltimore.

Seahawk fans are a bit shook up with the Brooks pick, or they passed on Queen to do so, so let’s see if John & Pete can pull together a more intriguing day with three more picks scheduled for Friday – No. 59 and No. 64 in Round 2 – and a compensatory pick at the end of the third.

Seattle, historically, has been more successful with their Day 2 picks under this regime, and have even shown a tendency to move up for players they like – so this is something worth watching as there is plenty of talent at positions of need left on the board.

Let’s look at their options & who we think makes sense for Friday’s picks:

Quarterback ­– There are three QBs expected to go today : Jacob Eason, Jalen Hurts, and Jake Fromm. I cannot see the Seahawks taking any of them to backup Russ. They have too many other needs to spend capital at this spot.

Running Back – If Schneider wants Seahawks fans to truly implode, he’ll follow up the Brooks pick with a running back in Round 2. But it would be wise to not spend a pick on a running back today. Jonathan Taylor is still on the board, and we mentioned him as a Seahawks prototype yesterday, but it doesn’t seem realistic that he’ll last until No. 59, so Seattle would likely have to jump up to get him. That is a horrifying thought. If they wait until Round 3 instead, two names to watch are Zach Moss (Utah) and Cam Akers (Florida State). Moss is a power runner that resembles some of the players Pete has targeted in the past.

Wide Receiver– As we projected, the depth at wide receiver pushed a lot of players out of Round 1 , and most of the names we have been looking at as Seattle targets are still on the board.They usually address this position on Day 2, so here’s a quick recap of the best options for the Seahawks.

This is the strength of the draft class, and Seattle should not get cute & wait until the fourth round before addressing this spot, especially given the team’s history of drafting fourth round WRs (Gary Jennings, Kris Durham, Kevin Norwood, Chris Harper). There will be potentially good players still there towards the end of Round 3 (KJ Hill, Donovan Peoples-Jones, Van Jefferson) as well.

Tight End — There was not a tight end drafted Thursday and there may not be one until Round 3 (it is a bad class.) The Seahawks were linked to UCLA’s Devin Asiasi in a report earlier this week, a projected late third rounder that has some upside as a receiver while more popular names such as Notre Dame’s Cole Kmet, Washington’s Hunter Bryant are still on the board. This would be a luxury pick that wouldn’t really make much sense with so many other needs.

Offensive Tackle — Both Josh Jones and Isaiah Wilson, two players we identified as Seattle options, were on the board when Brooks was picked, so maybe they didn’t view this as a big need. Jones will likely be one of the first players picked on Friday, and Ezra Cleveland (Boise State) will not last into the 50s, so If Seattle does address this spot later on, there are options such as Prince Tega Wanogho (Auburn), Matt Peart (UConn), Lucas Niang (TCU, while a developmenta option to keep your eye on for Round 3 is 20-year-old Saahdiq Charles (LSU).

Interior Offensive Line – Cesar Ruiz was the only interior OL to go on Thursday, so Day 2 will be busier in this area.  Robert Hunt (Louisiana-Lafeyette) is a player that has been very popular among Seahawks Twitter. He is a physical, nasty lineman that can play guard immediately or slide out to right tackle while guard only prospects such as Jonah Jackson (Ohio State) and Damien Lewis (LSU) could warrant consideration if they slip until the end of Round 3. There are few decent center options still around (Lloyd Cushenberry, Matt Hennessey, and Nick Harris , but I don’t see Seattle going after any of those players.

Defensive End –We had a good read on this position, as we said the options available at the end of Round 2 wouldn’t be too different to what they could’ve drafted at 27, which was telling when only two EDGE players went in total last night. Yetur Gross-Matos, Julian Okwara (my top choice), and Marlon Davidson were options we reviewed in our Round 1 primer, so all would be in play if they lasted to Seattle’s next pick, but some other names to watch at DE as a pure pass rusher. If Seattle doesn’t use a Round 2 pick here, it will confirm that the plan is to dip back into the veteran market.

Defensive Tackle– We said there would be a cluster at the end of Round 2, and all of those options remain on the board. Ross Blacklock (TCU) is unlikely to slide, so the names watch as second round options include Raekwon Davis (Alabama), Justin Madubuike (Texas A&M), Neville Gaillmore (Oklahoma), and Devon Hamilton (Ohio State). Davis is probably the most intriguing and physical player of the bunch. If the Seahawks want an Al Woods prototype, they could snag Utah’s Leki Fotu, a space eating run stuffer at the end of the third round.

Linebacker — Josh Uche and Zach Baun were two quality SAM LB prospects that I thought fit in Seattle since they could be long term replacements for Bruce Irvin and slice to EDGE in nickel situations but I cannot see another LB happening here.

Cornerback – Jaylon Johnson, Kristian Fulton, and Trevon Diggs were fringe first round players so they are not realistic options for Seattle, barring a trade up. The name to watch for me is at the nickel one round later: Amik Robertson, a undersized corner out of Louisiana Tech. I heard the Seahawks like him a lot. Robertson was the best slot defender in college, according to PFF, and has generated a lot of buzz as big time draft sleeper. If Seattle wants another outside corner, intead, two options for Friday nclude Bryce Hall (Virgina) and Cameron Dantzler (Miss St.)

Safety- If the Seahawks want to keep going after low priority positions to irritate their fan base, safety would be a perfect slot for their next pick. All the names we presented as Thursday options remain on he board including Xavier McKinney, Jeremy Chinn, Ashtyn Davis while Grant Delpit and Antoine Winfield Jr. are good players that could come off the board before they pick. If they’re looking for a nickel defender, Terrell Burgess (Utah) is a possible Round 3 slot option of the group.