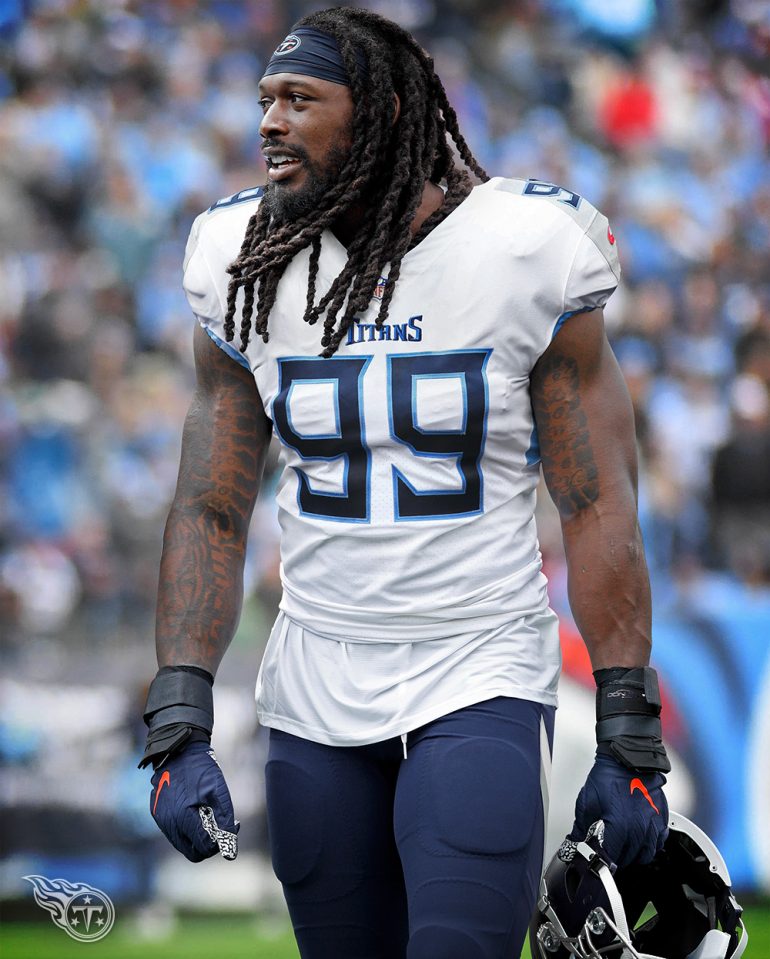 News broke Saturday evening that Jadeveon Clowney had agreed to sign with the Tennessee Titans on a 1 year, $15M deal. After months of speculation, the signing capped off one of the more surprising free agency story lines of the past few years. With the book now written on the Clowney era, it’s clear that Seattle badly mismanaged the situation. With some hindsight now available to us, it difficult to understand the process that led us here.

Starting at the start

Lets rewind a year and recap the cost of acquiring Clowney in the first place. Seattle traded a 3rd round pick (which ended up being 91st overall), Jacob Martin, and Barkevious Mingo to Houston. The draft pick got most of the attention, but Jacob Martin was probably the real crown jewel of the trade.

That number only tells part of the story. Overall, PFF gave Martin a 56.5 rating. And Martin amassed just 40% of Clowney’s pass rush snaps. So it’s not as if Martin is as good or close to as good as Clowney, not by a long shot. But Martin has already proven to be a productive rotational pass rusher in just his second year. That plus a third round pick is a fairly steep price to pay for what we now know was just one year of Jadeveon Clowney.

It may seem unfair to hold Clowney’s short tenure in Seattle against John and Pete when evaluating the trade. “Well of course they expected to re-sign Clowney when they traded for him!” you might be thinking. But that’s exactly what makes this whole ordeal so confusing.

Seattle almost certainly had contract discussions with Clowney and his representation before consummating the trade with Houston. (And if they didn’t, that would be it’s own indictment of their process.) It’s standard for teams to have those conversations with players they’re trading for and we know that at the very least Seattle promised not to franchise Clowney again at the end of the year. So we should assume that the Seahawks were anticipating contract demands of up to $20M/year.

What a difference a year makes

So if Seattle went ahead with trading for Clowney knowing what he expected from a new contract, why weren’t they able to agree to terms this off season? Lots of reasons have been provided, few are convincing.

Clowney’s sack numbers last season are infamous at this point. His 3 sacks were the lowest of his career, excepting his rookie season when he played just 4 games. But Clowney was never known as a player that racked up sacks, or even as a particularly elite pass rusher. His 2019 pass rush production rate was inline with his career average and his 2019 pressure rate on pass rush snaps of 12% was above his 10.6% career rate.

If Seattle was surprised that Clowney created more disruption than production, then they fundamentally misunderstood the player they were trading for.

As for Clowney’s injury history, it’s exactly that: an established history of injuries. Seattle knew that when they traded for him and obviously had first hand knowledge about his recent sports hernia when they offered him a $15M/year deal at the start of free agency.

Wait, Seattle offered Clowney $15M/year? That’s a lot, and that’s what he signed for with the Titans!

The biggest factor in any free agent’s decision is almost always money. There appears to be some nuance here in whether the Seahawks’ offer was competitive.

It’s certainly understandable that Seattle couldn’t afford to hold back $15M in space waiting for Clowney to make a decision. But there a lots of questions unanswered in these reports.

For starters, why didn’t Seattle redirect that cap space to one of the other available pass rushers? Robert Quinn, Dante Fowler, Jason Pierre Paul, and Javon Hargrave were among some of the bigger defensive line names available this offseason.

In a vacuum, these are largely good deals. But when viewed through the lens of the $3M difference between Tennessee’s offer and Seattle’s reported final offer, there are few names here that I wouldn’t be happy to do without.

But even with all those signings, Seattle was just $3M below the offer Tennessee made. And that extra $3M from Tennessee is coming in the form of incentives, Clowney’s base salary is $12M. A small restructure of Russell Wilson’s contract could easily close that gap.

Home is where the heart is

The argument I’m most inclined to believe is that maybe Clowney, who is from South Carolina, just wanted to be closer to home. While money is typically the biggest factor in signing a free agent, location can be as big of a factor or bigger. Even if Seattle had matched the Tennessee deal, it’s possible Clowney would still be a Titan today.

There are some reasons to be skeptical though. First, Clowney picked Seattle over Miami when Houston was in the process of trading him.

“When I got the phone call about being traded here,” Clowney said Monday, “I was like, ‘Where do I sign at?’” Make no mistake about this: Clowney chose Seattle. He couldn’t get traded until he signed Houston’s one-year contract offer, which meant that he could dig his heels in if he wanted. That’s the reason that he’s in Seattle this week instead of Miami, where it’s clear the Texans would have preferred to trade him.

“I get to get back to going vertical, not dropping,” Clowney said after his first practice on Wednesday, via NFL.com. “Just really putting my head down and grinding. When you’re going forward, you don’t think about a lot. So that’s the best thing about this defense.” …. “I talked to Duane Brown and he said he loved it up here,” Clowney said. “Great weather, it’s not hot like Houston. Great fan support, other great teammates on this team. Come be part of something great. I was like, ‘Man, you know what, I’m going to try to look into that and try to get in there with you guys.'”

And Clowney’s happiness in Seattle appears to have survived the honeymoon period.

I’m always going to remember Clowney wearing a Seahawks uniform fondly. And the trade was hardly a disaster. It’s probably not too much of a stretch to say that Seattle doesn’t make the playoffs last season without the addition of Clowney.

Likewise, losing Clowney is unlikely to be a disaster. John and Pete spent the offseason putting together maybe the best secondary in the NFL to compliment Russell Wilson’s offense. Seattle can still expect to be a playoff team this season.

But the addition of Clowney would’ve cemented Seattle as Super Bowl contenders, maybe even as the favorite to win the NFC. And there are few good reasons why that’s not what we’re talking about today.