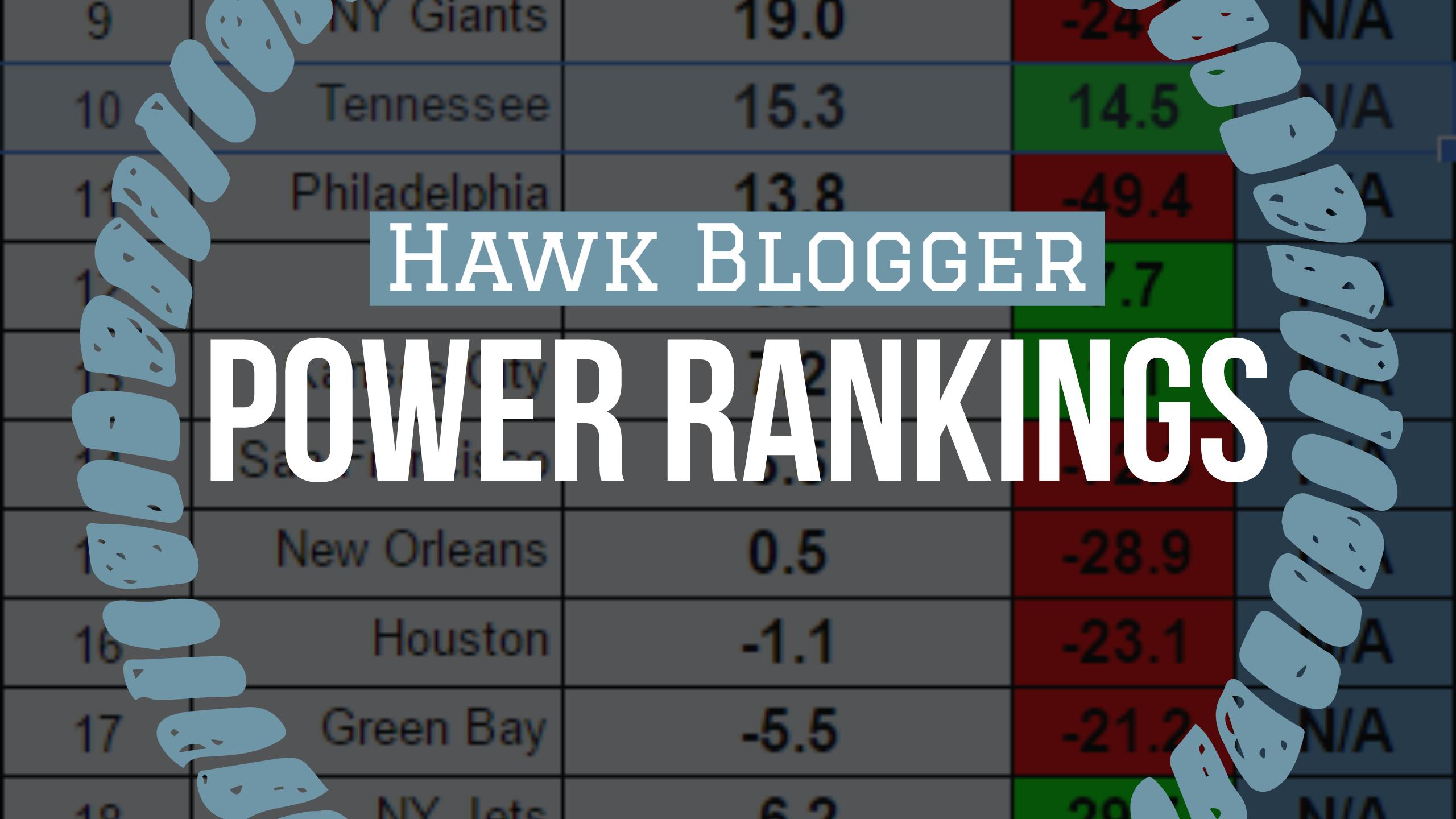 Seattle regains the top spot in the rankings after a one-week hiatus. Green Bay was idle, and benefitted from the Chiefs shedding a bushel of team strength in their loss to the Raiders.

There are times when these rankings don’t quite match what my eye is seeing. This happens to be a moment of synchronicity. Looking around the NFL, the Packers are probably the team that gives me the most pause when assessing the Seahawks Super Bowl chances.

Aaron Rodgers is playing the best he has played in years. Both Seattle and Green Bay have played similar schedules in terms of SOS. The Packers has been a smidge tougher. The Chiefs have played a far tougher schedule than either team, and nobody would be wise to dismiss either Kansas City or Baltimore.

The Rams, though, are another team I have my eye on. Their offense is humming and their defense has been stout. They also have played one of the easiest schedules in the NFL so far. Their toughest game was against a Bills team that just got toasted by the Tennessee Covids, and LA lost that game.

Football Outsiders DVOA rankings really like the Bucs. My rankings are less impressed, largely due to their inefficiency in passer rating, where they are only +5.6 compared to a team like Seattle that is +40.1 in passer rating differential.

We get to see how that plays out against the Packers this week in the battle of the Bays.

Seattle has a tough stretch coming up, but their overall future SOS is 8th-easiest. If things stayed as they are, Seattle will have played the five worst teams in these rankings, and six of the bottom ten.

A lot will depend on just how good or bad the Cardinals and 49ers are. Arizona has had the third-easiest schedule to date, and still has two losses. The 49ers are scuffling, but have been injured. They have also had the easiest schedule in the NFL so far, and are under .500.