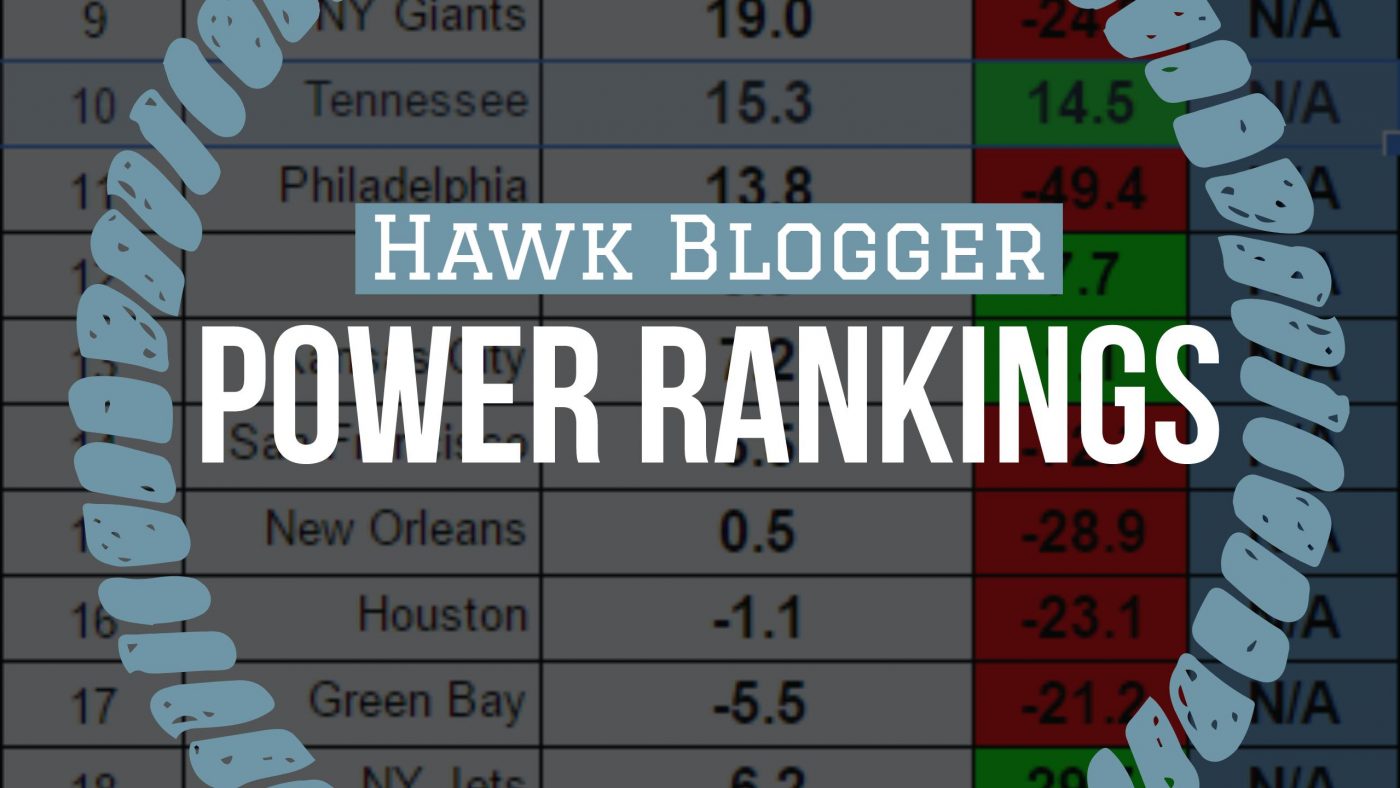 We start the 2021 season with a familiar name at the top of the rankings, but with a new quarterback. New Orleans has been a great team for years, but their domination of the Green Bay Packers this week has to be one of their most impressive victories in memory. They had their way offensively and defensively against a team with the reigning MVP that went to the NFC Championship last year.

Philadelphia is a surprise in the second spot. The Jalen Hurts era has to have Eagles fans hopeful for the first time in a while. There is at least some reason to wait a few weeks before getting too excited as Atlanta is far from a quality opponent. Just last year, Gardner Minshew and the Jags we hanging around the top ten of these rankings after a week one win against the Colts.

Four of the next five spots are occupied by the NFC West. The Rams barely squeak by the Cardinals for the third spot, with Seattle a little further back at five. The 49ers check in at seven. It is notable that the NFC occupies the top five spots and six of the top seven.

These rankings tend to be worth paying attention after week three. For now, just enjoy the view from near the top.