Tale of the Tape: Titans Must Be a Different Team to Compete with Seahawks 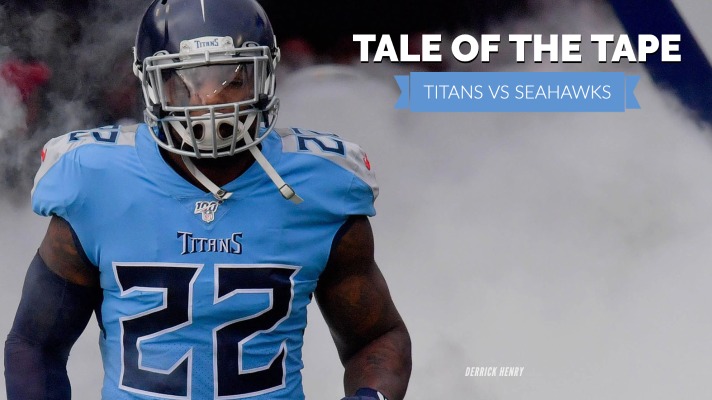 Only the Green Bay Packers kept the Tennessee Titans from wearing the dunce cap for biggest pratfall in week one of the 2021 season. The Titans added Julio Jones to an offense that finished the 2020 season as one of the most prolific in football. A defense that struggled to do much of anything right, added multiple pass rushers. They even opened the season at home. Instead of an impressive performance to assert their legitimacy as a title contender, they got blown out while being thoroughly outplayed in all phases of the game.

Bad games happen in the NFL, but the Titans did not look like they had a bad game. They looked slow on defense, injured and outmatched on the offensive line, and without answers on special teams. Any objective review of that game would leave one wondering if the Titans are even a playoff team. Thankfully for them, they play in the abysmal AFC South where only one team, the Houston Texans, managed to win a game last week.

Seattle, on the other hand, played one of their more complete games in recent memory. Not only did they play well in all phases of the game, but they played well from start to finish. This game against the Titans looked like a very challenging home opener for Seattle when the schedule was revealed. It still may prove to be, but the advantage is very clearly in the Seahawks favor.

The clearest advantage for the Titans will be their receivers against the Seahawks corners. In order to exploit that advantage, they need to protect their quarterback. Seattle unveiled a varied and potent pass rush last week that should be even more ferocious playing in front of a packed Lumen Field for the first time in over a year. They can try to pound the ball with Derrick Henry to hold off the pass rush, but their advantage there is not as great and does the Seahawks corners a favor.

Defensively, it’s not clear they have a strategy that can slow the Seahawks. They have to hope for a shootout.

The Titans best hope might be a forecast that is calling for a 50% chance of rain on Sunday. Russell Wilson has struggled in wet weather. Shane Waldron’s offense, featuring higher percentage throws, could be the remedy for that issue.

Seattle should win this game, and could win it by a large margin.

There might only be place where the Titans have a matchup advantage on defense, and that would be defensive tackle Jeffrey Simmons against Seattle center Kyle Fuller. Fuller actually performed pretty well in the opener, so this may not be a real advantage, and Simmons is more prolific as a run stuffer than a pass rusher. Fuller is a better run blocker than pass blocker, so might be a push.

The Titans signed edge rusher Bud Dupree and Denico Autry to help upgrade a dismal pass rush from a year ago. Neither had impressive games in the opener. Harold Landry is their other edge rusher, and he did tally five pressures.

Kevin Byard has been a solid safety, but looked a step or two slow last week. Jackrabbit (formerly Janoris) Jenkins has been a gambler at cornerback throughout his long career. He is always a threat to jump a route and intercept a pass. That same tendency leaves him vulnerable to double moves and deep passes.

Kristian Fulton played a decent game at corner, and was maybe the only player who impressed me when watching the replay.

This was a Titans defense that set an NFL record for opponent 3rd down conversion percentage last year at over 52%. They allowed 54% of 3rd downs to be converted against Arizona. Some were rather spectacular plays by Kyler Murray, but the body of evidence suggests getting off the field remains a problem.

DeAndre Hopkins had a field day. AJ Green looked old. Christian Kirk was solid. That trio was not the threat level of DK Metcalf, Tyler Lockett, and Dee Eskridge. Not to mention, Gerald Everett and Will Dissly. Seattle would appear to have matchup advantages at every receiving skill position.

The Seahawks tackles pass protected wonderfully against the Colts, but you could argue they have a tougher task this week. The inverse should be true inside. There is no DeForest Buckner threatening the middle of the line this week.

Eskridge could be especially valuable against this defense given how slow they are. His jet sweep motion would greatly challenge the Titans defense and likely create large creases for runs to Chris Carson or Alex Collins.

Seattle may not face a lesser defense this season.

A.J. Brown is arguably the closest thing to D.K. Metcalf in the NFL. He is a beast at receiver who can break tackles and ankles. He should be able to dominate any Seahawks corner who faces him. Fortunately for Seattle, a few other things have to go right for the Titans to throw the ball his way in the first place.

Julio Jones would seem to be in the same category, but he did not look like the same class of receiver last week that he has been previously. Age and injury may have finally caught up to him. He was slower and less physical than he was when the Seahawks faced him in the opener last year.

Derrick Henry is a freight train. His line did not give him almost any chances to get going in week one. Expect Mike Vrabel to put an emphasis on getting Henry back on track this week. Seattle must tackle low to bring him down, which Arizona did very well.

The Titans lost their offensive coordinator, Arthur Smith, to the Atlanta Falcons during the offseason. The offense looked lost without him in Tennessee. Ryan Tannehill, who has become a resurgent darling especially in the analytics circles, was discombobulated and very ordinary. His offensive line was a complete wreck.

Left tackle Taylor Lewan is returning from an ACL injury and did not look healthy enough to be back in the NFL as Chandler Jones abused him from the jump. They started subbing in another left tackle, Kendall Lamm, and he was just as bad without health to use as an excuse.

It was not just the left tackle spot. David Quessenberry was beaten for a few pressures at right tackle. Nate Davis, the right guard, gave up four pressures and managed to have a lower pass blocking grade (1.6 out 100.0!!!) than the guys who gave up 5 sacks to Chandler Jones. Even Ben Jones, their center, struggled.

The Seahawks should have a significant advantage on the defensive line. They do not need one guy to pile up 5 sacks, and might prove to be even more problematic for the Titans than the Cardinals given the myriad of ways they can create pressure.

Seattle’s defensive linemen will have been watching the Titans film all week, licking their chops, and then have the crowd behind them. The recipe is there for turnovers.

The Titans tight ends and slot receivers are not great, which should allow the Seahawk safeties to provide a lot of help to the outside corners. Bobby Wagner and Jordyn Brooks should be able to shut down the middle.

The Seahawks did not attempt a field goal last week, so you can ignore the ranking there. The Titans did, and missed it along with an extra point. They cut their kicker and will be playing a new one this week. Their punter is good, and they did convert a fake punt early on their own side of the field. Do not be surprised if the Titans try to spark their team with special teams tomfoolery.