Tale of the Tape: Seahawks Are Rightful Underdogs Versus Bad Steelers Team 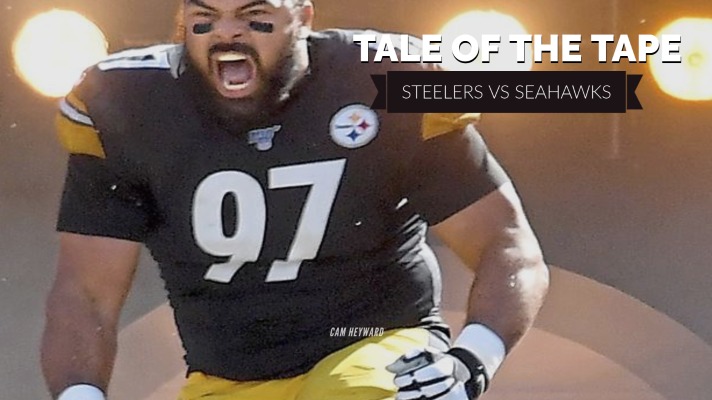 Seattle goes from playing two division rivals to facing a hated former Super Bowl foe in the Pittsburgh Steelers. Remarkably, the quarterback from that game back in the 2005 season is still playing for Pittsburgh. He looks as old as that sounds. Ben Roethlisberger is a shadow of his former self. He underrated mobility and creativity in extending plays is gone. He is a statue back there. His accuracy is nowhere near what it once was. To make matters worse, the Steelers lost of their primary receivers when JuJu Smith-Schuster was lost for the season last week to injury.

Pittsburgh is 2-3, and looks like a team going nowhere but down. Yet, they are 4.5 point favorites over the Seattle Seahawks. That is best way to capture how far the Seahawks have fallen.

That said, he is more experienced now, and working in a new system that helped guys like Jared Goff look passable, so maybe Smith will experience a renaissance.

The Steelers have a pretty good defense. They have not allowed more than 27 points, and have faced the Bills, Raiders, and Packers. It seems unlikely they will give up more than 25 in this game, and maybe not more than 20. Whether this Seahawks defense can hold any offense down will be tested against a bad one this weekend.

Defense is a lot about motivation and will power. Given the situation the Seahawks are in, it will be interesting to see what level of effort the Seahawks defense displays. Pittsburgh has every reason to test the Seahawks resolve in run defense. It is not clear Seattle has the backbone to stop them.

This projects as a Steelers win.

Cameron Heyward and T.J. Watt are elite defenders on the defensive line. Melvin Ingram was a nice, low-risk, addition who has registered 16 pressures already, more than any Seahawk defender. Joe Haden has been a good corner in the past, but is no longer a threat.

Minkah Fitzpatrick was a great safety, but has struggled so far this season.

Seattle should get back Gerald Everett for this game, and should have a clear advantage at the receiver position. The question will be whether Geno Smith can exploit that advantage enough without turning the ball over to give Seattle a shot in this game.

Pittsburgh is a better run than pass defense, and Seattle would play right into their hands if they tried to rely too much on the ground game to protect Smith. They might lose more slowly that way, but if Seattle wants to win, they need to lean on the pass game.

Even with the injury to Smith-Schuster, Pittsburgh has a quality receiving corps with Chase Claypool and Diontae Johnson. They also have a good young tight end in Pat Freiermuth.

Najee Harris was meant to help reignite the rushing attack for the Steelers, but he has been held down by poor run blocking in most of the games this year. He did have 122 yards on the ground in the last game, and will be looking to build on that success against an awful Seahawks run defense.

Seattle has oddly managed to improve their third down defense the past two games and still boast one of the best red zone defenses. Just about everything else is bottom of the barrel.

Roethlisberger may not have the physical skills he once had, but he is stubborn and is susceptible to sacks and turnovers. Seattle needs to create pressure and turnovers.

The Seahawks special teams have been near the bottom of the league this season. Pittsburgh is about average.