Tale of the Tape: Seahawks Overmatched by Saints 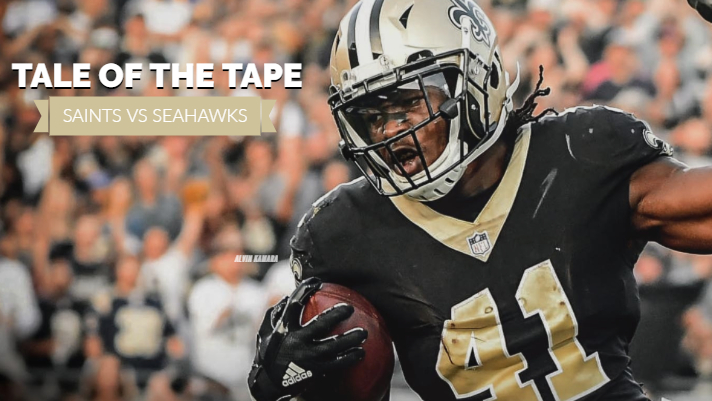 Seattle has slid down the standings the past few weeks as they fell to 2-4 with a hard fought defeat in Pittsburgh. They return home to face a New Orleans Saints team that had one of the most impressive victories of the year over Green Bay in week one, but also one of the most embarrassing defeats at the hands of the New York Giants.

They are far from the team that was in contention for the top seed in the NFC for the past few years. Their offense is middling and their defense is pretty good. They come to Seattle as 5 point favorites in a Monday Night Football game.

The last time a visiting team was favored by 5 points or more in Seattle for a MNF game was 1992 when the Broncos came to play the worst Seahawks team in franchise history. The result? Denver left as one of only two teams to lose to that Seattle squad. Th only other time Seattle was a 5 point or greater underdog at home on MNF was in 1981 when the San Diego Chargers came and also lost by a score of 44-23.

If you are looking for reasons to be optimistic, that might be the best you can find. Seattle has fought well the past two weeks, but has lost both games. New Orleans is not a great team, but they should beat the Seahawks.

The Saints defense has been pretty good this year, except when they gave up nearly 500 yards to the Giants. Marshon Lattimore and Cameron Jordan are great players. They do not have many other guys who are game changers, but they play sound football.

They have a toothless pass rush, but have created more interceptions than all but one team in the NFL, as a percentage of passes attempted against them.

They are equally good at stopping the run and the pass. Seattle will almost certainly try to recreate their run dominance from the 3rd quarter against the Steelers, but this Saints defense is better suited to stop the run.

Seattle still has a bevy of pass catchers who give them an advantage if the offensive line can protect and the quarterback can make the throw. That did not happen very often in Pittsburgh.

Geno Smith feels his back against the wall and should come out more in attack mode and less nervous than he was in his first start. Expect a better passing performance from him in this game. He also tends to turn the ball over, though, so there is a high risk against this ball hawking Saints defense.

Expect Rashaad Penny to come back this week and that could be helpful.

Alvin Kamara carved up the Seahawks defense when the Saints last came to town. He presents a different type of test than what they faced last week. He will be a weapon both as a runner and as a receiver. Seattle has struggled to stop the screen game, and Kamara is a dangerous weapon when deployed that way.

The Saints offense is surprisingly docile when it comes to explosive plays. They rank almost dead last in explosive passes and rushes. That could lead to Seattle having better luck crowding the line of scrimmage and possibly sending more blitzers against a quarterback who tends to give up sacks and turnovers.

Seattle has seen their kick return game improve, but the Saints have them beat in most special teams categories.