the soccer stadium with the bright lights
I have been sponsored by SMS Audio to write this post but the thoughts and opinions expressed are my own. All Hawkblogger.com proceeds go to Ben’s Fund.

Seattle boasts the best fans in all of football. They have their own brand. They own the world record for noise in an outdoor stadium, and they impact the game like no other. Beats By Dre disagrees. They created a commercial for Colin Kaepernick that went live before the Seahawks faced the 49ers. It was inspired by Seahawks fans, they said. Watch it.

I don’t remember the ever seeing a Seahawks fan urinate on an opposing team’s bus. I don’t remember Seahawks fans surrounding and threatening opposing players, or requiring a security to guard to hold them back. Colin Kaepernick has been hearing hate because he has not lived up to anyone’s expectations this season. And that hate has been coming as much from his own fan base–who started to question the decision to trade away Alex Smith midway through this year–as it has from the 12s. San Francisco and Kaepernick were rendered largely irrelevant to Seahawks fans since week two of the season after Seattle held Kaepernick to a career low in passer rating. The 49ers managed to win by two points in San Francisco late thanks to Frank Gore, but Beats thought that merited a congratulations to Kaepernick.

Congratulations to @Kaepernick7 and the 49ers. #HearWhatYouWant. pic.twitter.com/NjlCXKTwIb
— Beats By Dre (@beatsbydre) December 9, 2013

Really? A 67.5 passer rating, an interception and 3.4 yards per carry is how you silence the haters? Haters are more easily mollified than me.

Seahawks fans have rightfully be interested in taking their money elsewhere when looking for stylish and powerful headphones. Giving money to a company that openly mocks your team and city, and supports your competition, doesn’t sit well with me. That is why I am excited to announce SMS Audio is here to offer a great deal for 12s, and a terrific set of products. 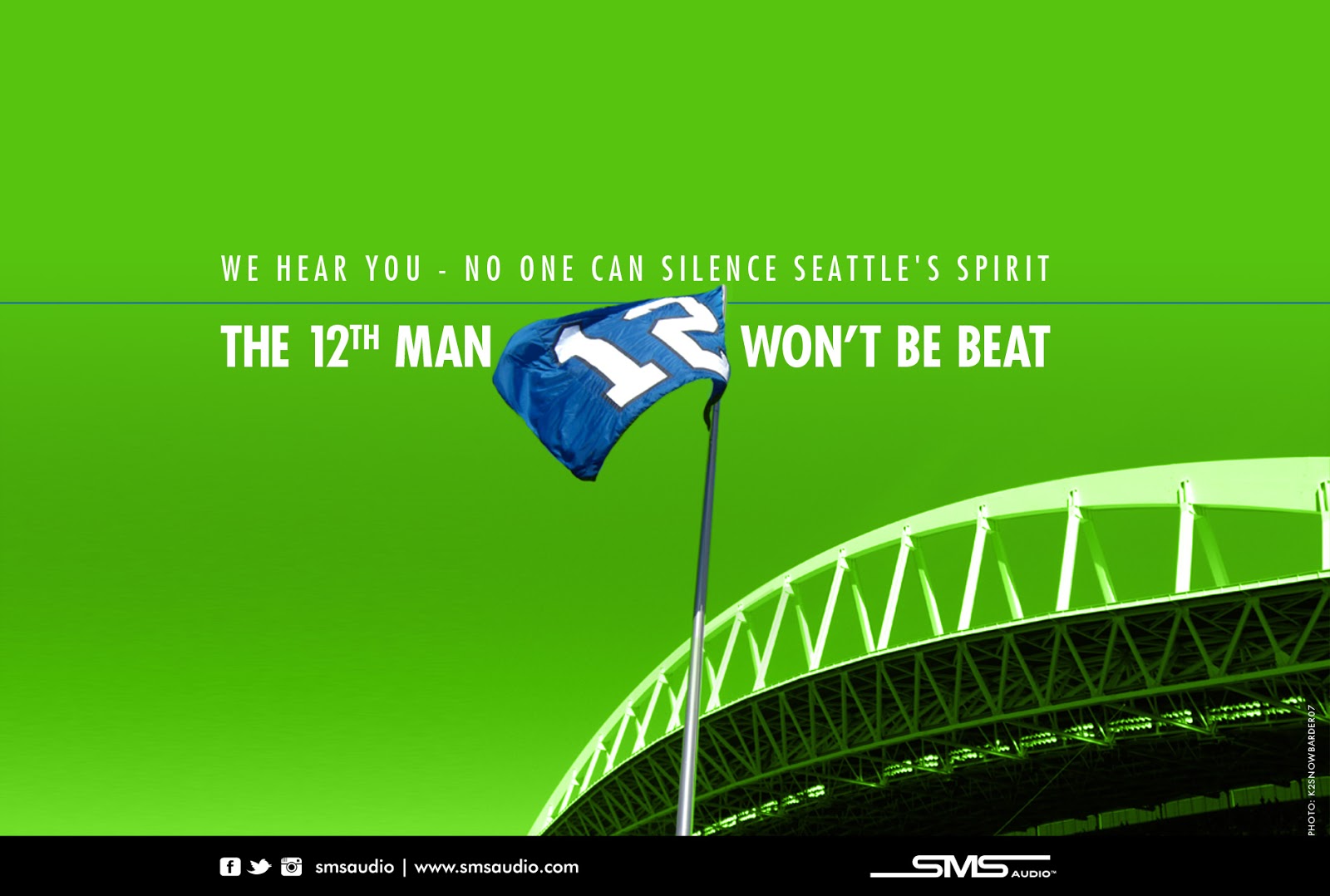 
Head over to the SMS Audio page and pick up something you or someone you know will love.
HawkBlogger.com is pleased to welcome SMS Audio as a premium sponsor. Expect to hear more about this in the coming days and weeks.

Seahawks fans stand for most home games. They should not stand for treatment like this from Beats.