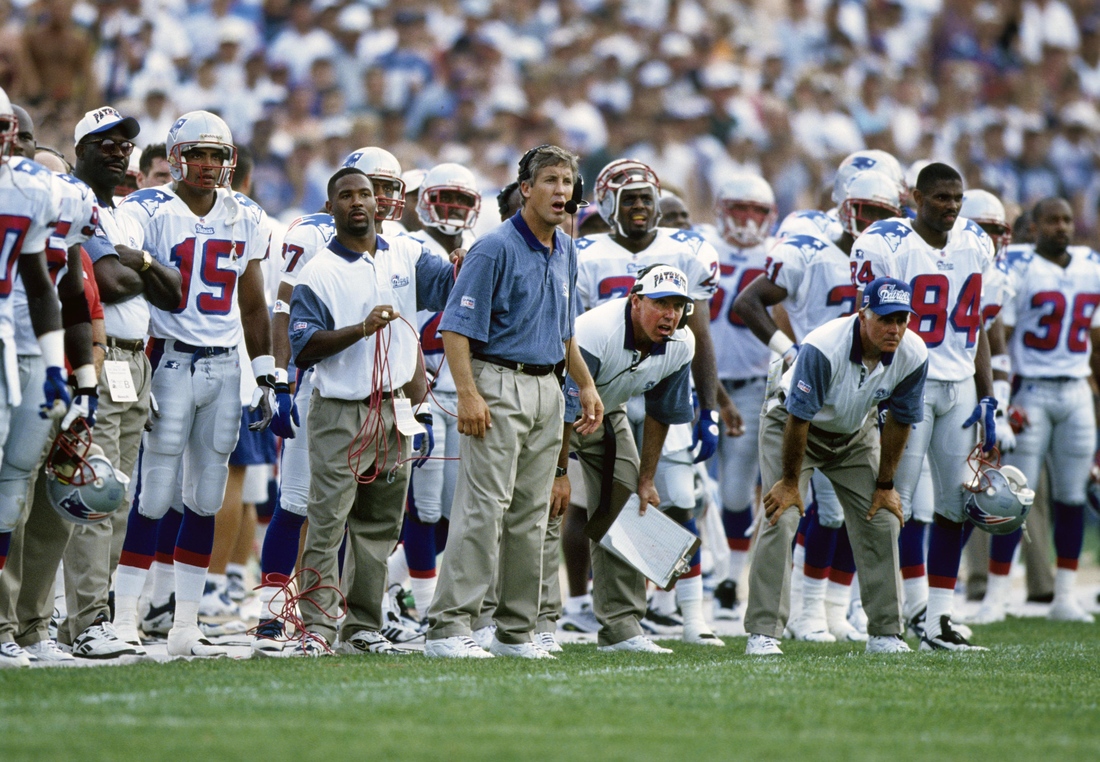 Peyton Manning is a master of his trade. Nobody plays the quarterback position better. He identifies and exploits defensive weaknesses better than anyone who has ever played the game. His mental acuity is so great that he is setting league records even as his physical abilities are on the decline. Everyone wants to see how he will match up against the best defense in the NFL and a secondary that some believe deserve to be mentioned among the greatest of all-time as well. Of course, playing the game is the only way to know for sure, but we can have a little fun looking at some clues beforehand.

Manning broke into the NFL in 1998 when he set the rookie record for touchdown passes as a rookie, which Russell Wilson later tied. Pete Carroll was in his second job as an NFL head coach for the New England Patriots. The Patriots and the Colts played each twice a year as they shared a division back then.
Manning played the second game of his career in New England, and it was not pretty. He threw a pick-six in the first quarter, and finished with 3 interceptions, 1 touchdown and just 188 yards passing. That one touchdown came at the end of the game after the Colts had fallen behind 29-0.
Seven weeks later, on his home turf, Manning fared better. He finished with 278 yards 2 TD 2 INT and had his team in the game the whole time, before losing 21-16. That Colts team went on to finish 3-13, while the Patriots when 9-7.
Carroll and Manning faced each other again the following season in what became Carroll’s final year in New England. The first game, once again, was a home contest for the Pats. Manning led his team to a huge 21-0 lead early in the second quarter, and a 28-7 lead at the half. They would not score again, and Drew Bledsoe led the Patriots back for rousing 31-28 victory. Manning finished with 223 yards 3 TD and 2 very costly interceptions.
Manning finally got his revenge late that season in Indy when he managed to be turnover-free with 186 yards and 2 touchdowns. That was enough to get a wire-to-wire 20-15 win. The Colts finished that year 13-3, while the Patriots were just 8-8.
Carroll would end his time there 3-1 against Manning, with his defenses allowing 8 TD, 7 INT and  about a  75 passer rating. It was Manning’s first two seasons in the NFL, so it is hard to say there is much to draw from there heading into this Sunday.

History In The Super Bowl

For all his greatness, Manning has appeared in just two Super Bowls. It took him almost a decade to reach his first. He faced a tough Bears defense and came out the winner,  29-17. Manning did not shine in the game. He finished with 1 touchdown, 1 interception and 1 lost fumble. The Colts offense managed two touchdowns, and had to settle for three field goals. It helped to be facing a Bears offense that was led by Rex Grossman. That is like trying to win a long drive competition against a crash test dummy.
Manning’s second Super Bowl appearance had him throw for 333 yards, 1 TD, and 1 interception that was returned for a touchdown. The Colts managed just 17 points in losing to Drew Brees and the Saints 31-17.
In both cases, Manning threw less than his average number of touchdowns per game during that season, and threw at least as many interceptions as he averaged that season. His offense scored well below their seasonal average both times as well. The first game included a Colts pick six, so the offense managed just 22 points.
Different opponents, different team for Manning. The takeaway here is that Manning does not have a track record of stepping up in the Super Bowl. He has had two games that were below his standard of excellence.

The best secondary in the NFL and the best defense in the NFL can make life tough on quarterbacks. Seattle made life a living hell for the 14 different players who suited up against them at quarterback during the regular season.
Only 4 times in 16 games did an opposing quarterback meet, or exceed, their season average for passer rating. Collectively, they managed just a 62.2 rating against the Seahawks. Against everyone else, those same quarterbacks combined for an 86.7 rating. Take a look at how various passing numbers were deflated when these players ran into the Seahawks defense.

This implies that opposing quarterbacks throw the ball just about as often versus Seattle as they do versus everyone else. They just complete fewer passes for fewer yards, fewer touchdowns, and more interceptions. A lot more interceptions.
If the Seahawks defense was to have this effect on Manning, what might that look like for Sunday?

That sounds about right as far as my expectations go. Manning will have some success and pile up some yards and a few points, but he will not be anywhere near as efficient with his throws as against the competition he has faced so far.

Manning is the MVP of the NFL. He is a first ballot Hall of Famer. He also may have never faced a defense like this before, unless you want to count the preseason game that his team lost 40-10. Seahawks fans expecting him to look inept on Sunday are likely to be very disappointed. Broncos fans expecting him to shred the Seahawks defense will be even more disappointed. Carroll is one of the best, if not the best, secondary coach ever in the NFL. He has designed a defense and hand-picked players that makes life miserable for opponent QBs. Manning, as good as he is, does not have a history of stepping up for the big game when he makes it. Look for the Seahawks to hold him around 80.0 or lower on passer rating.
Start typing to see results or hit ESC to close
real hawk talk softy russell wilson 49ers rams
See all results