THIS WEEK
It is Denver, Green Bay, and everyone else in this weeks rankings. Interesting to note that Seattle has beat both of them. The Seahawks drop a couple more spots and fall out of the top ten for the first time in a couple of years. Minnesota, Atlanta, and Cincinnati are the only teams to have dropped more team strength in the last three weeks than Seattle.


All the Seahawks numbers look good except points against and opponent passer rating. The two are likely very closely tied. 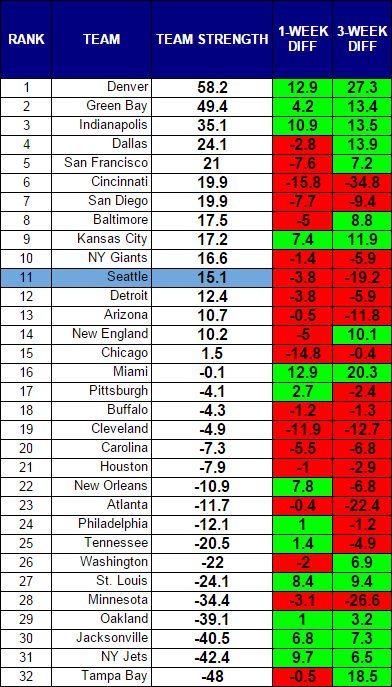 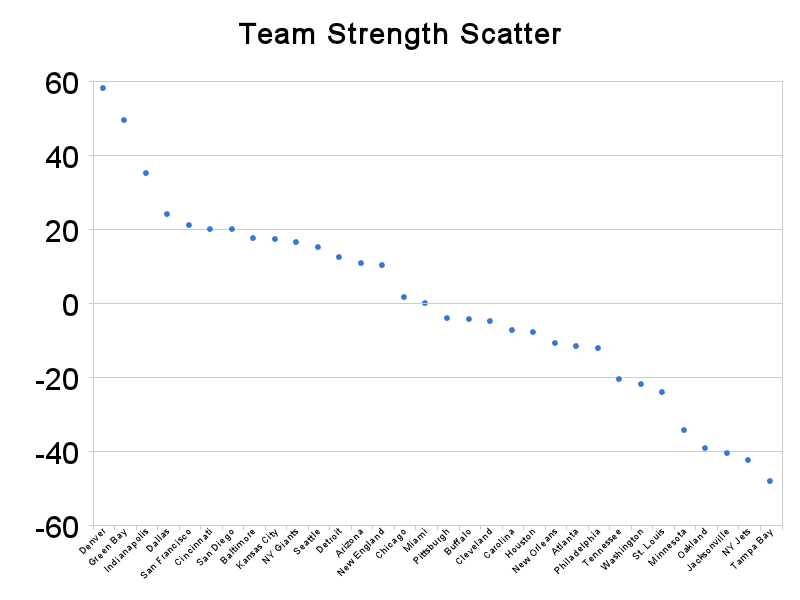