Seahawks fans are intimately aware of just how far the team’s pass defense has fallen. It was in the conversation for best secondaries of all-time, and combined with a fierce pass rush to neutralize even the elite quarterbacks in the NFL. No longer. They are allowing a staggering 103.7 opponent passer rating after leading the NFL by holding quarterbacks to a 65.4 rating a year ago. Seattle, though, is not alone. Passer ratings are up across the league. 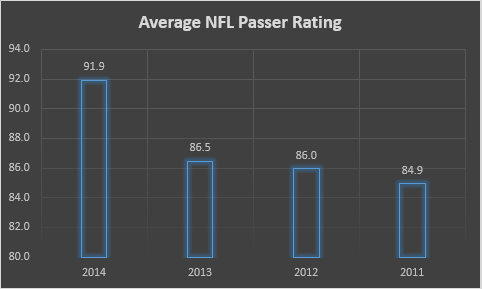 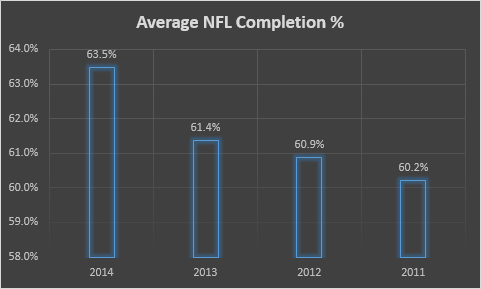 Quarterbacks are completing passes at a far higher rate than in previous seasons. 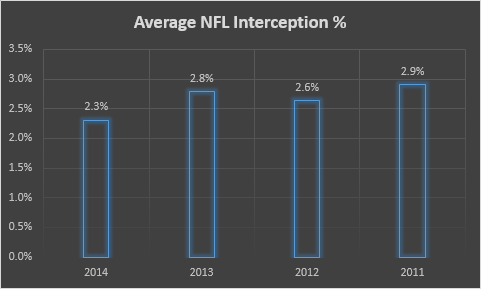 They are being intercepted at a far lower rate. The two of these numbers combined raise the question of what is leading to this increased efficiency with less risk. Some have posited that the league has moved to a quicker, shorter passing game to nullify pass rush. If that is the case, one would expect the yards per attempt to drop across the league. 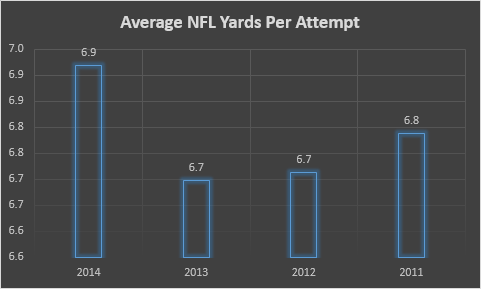 As you can see in the chart above, yards per attempt has actually gone up.

Sack percentage is down across the league as well. It is not shown here because it is not factored into passer rating. It does impact completion rates and interception rates. Pass rush requires help from the secondary to cover receivers long enough to allow the rushers to reach the quarterback. Teams have always known this and have built passing attacks to reduce the time it takes to get rid of the ball. It is highly unlikely that teams across the league, in unison, figured out how to defeat the pass rush. It is also unlikely that teams, in unison, changed their offenses to be more efficient.
There is one thing that did change league-wide that directly impacts the passing game, and that is the points of emphasis around illegal contact and pass interference. It is having the intended effect of neutralizing aggressive pass secondaries and making life easier for quarterbacks.
As a fan, it feels like a move more toward video game football and less about the gritty game many of us love. It has been mostly a silent change since the season started. Teams got the message in preseason, so it is not always showing up in penalties. It is showing up in how the game is played.