THIS WEEK
The Seahawks re-enter the top ten for the first time since week six. They narrowly trail Arizona based on strength of schedule (SOS), and are grouped with two teams that beat them in Dallas and Kansas City. Seattle’s opponent this week is yet another top team.


San Francisco ranks 4th based entirely on a large passer rating differential. They have no advantage in the run game versus opponents and have the slightest of edges in point differential where they average 20.7 ppg and allow 20.5 ppg. No team has defended the pass better this season than the 49ers. 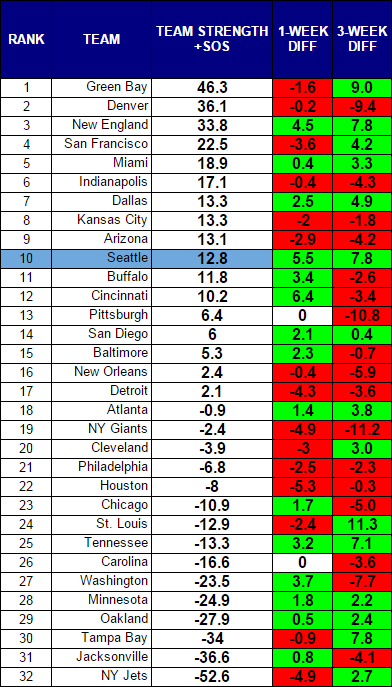 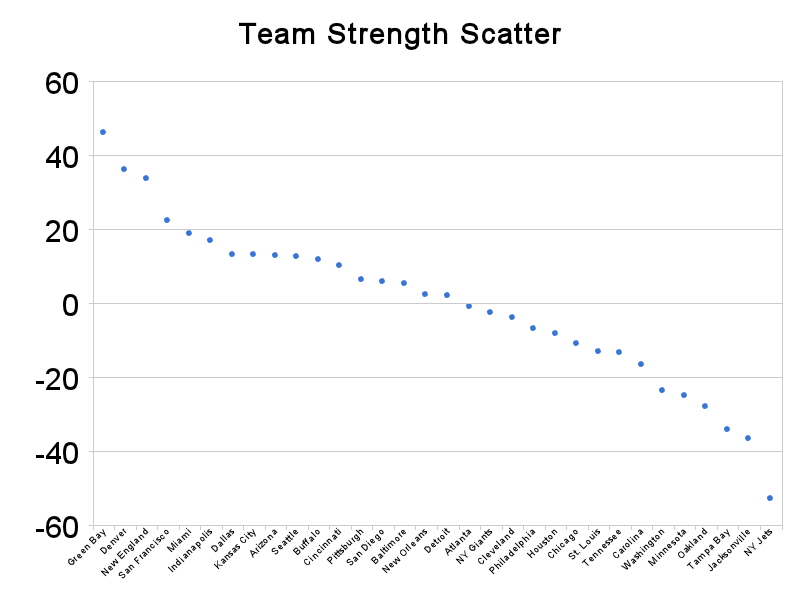