THIS WEEK
Denver is in danger of losing their grip on the top spot for the first time in weeks as Green Bay trounced the Bears and the Broncos saw their strength of schedule (SOS) drop after playing the winless Raiders. The 49ers and Cardinals, by this measure, are in a different class than the Seahawks.


The Seahawks had been held back by a porous pass defense allowing a very high passer rating, but that has started to drop. They are now struggling with an offense that is seeing the passer rating drop faster than their opponents. Both the Cardinals and the 49ers have a higher passer rating on offense and allow a lower one on defense than the Seahawks.

Those of you who read my rankings regularly know I tweak the formula as I see issues crop up. This is the first year I have factored in SOS. I have liked the result for the most part, but it is starting to produce some odd results. The one that really stands out is the NY Giants being ninth this week. As a result, I have decided to post the rankings without SOS below as well for comparison. 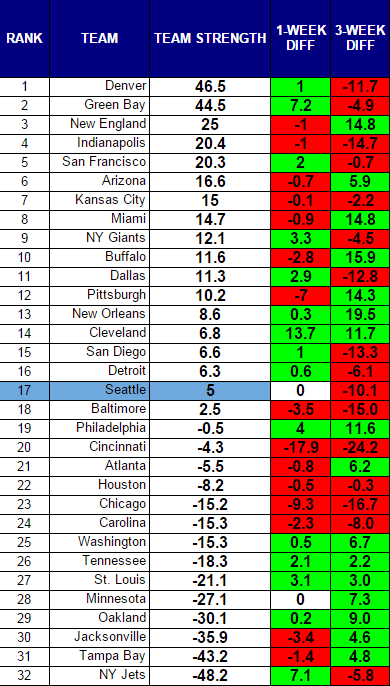 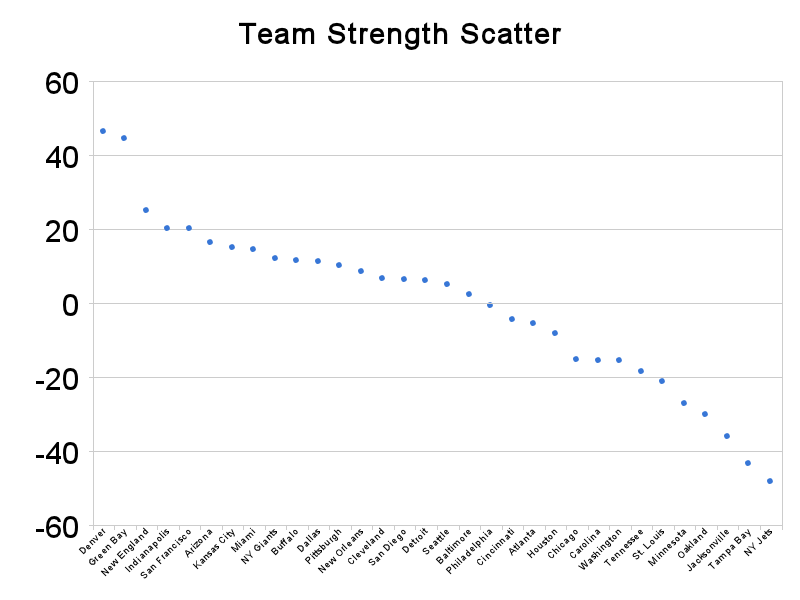