THIS WEEK
The Packers end the season on top of the power rankings, followed by the Broncos and the Seahawks. Of the top five teams, only the Seahawks and Cowboys enter the playoffs having improved their rankings over the past three weeks. In fact, only the Dolphins have lost more team strength the last three weeks than the Patriots.


The Seahawks had the second toughest schedule in the NFL, according to TeamRankings.com. Dallas is the hardest charging team entering the playoffs, having gained 16.7 points of team strength in the last three weeks. The Bills are the highest ranked team (#6) to not make the playoffs. It should not be a surprise to hear the Panthers (#23) are the lowest ranked team to sneak in.

And, as usual, the rankings system was pretty accurate early in the year. Seven of the ten teams ranked in the top ten after week three made the playoffs this year. 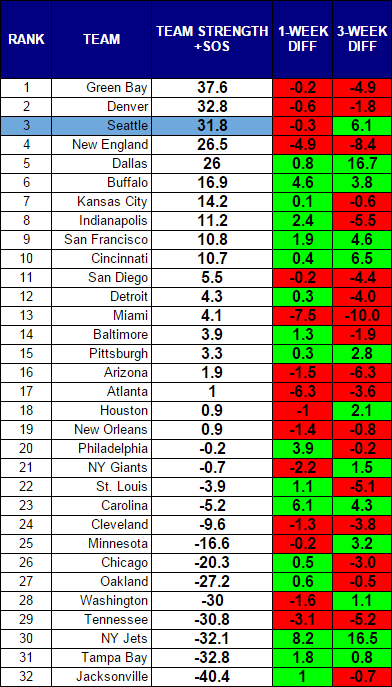 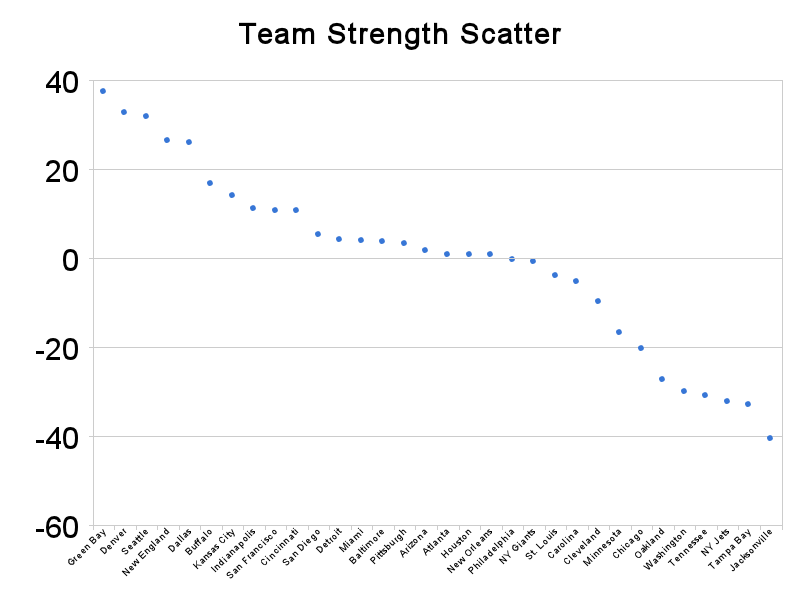