Seahawks Dating Game: Who Are These Guys? 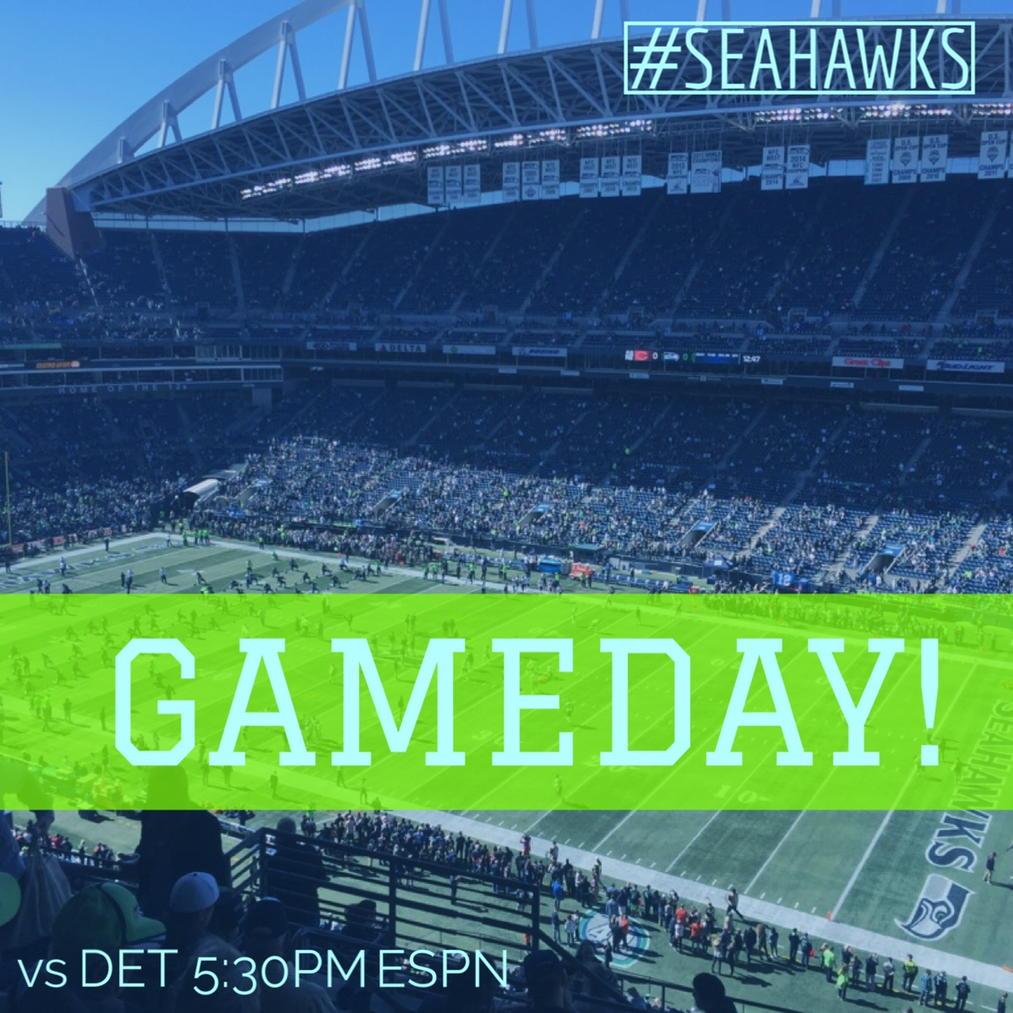 Admit it. You exhaled a little after the win against Chicago. Yes, the Bears suck, and no, the Seahawks did not look all that great, but they won. It was enough to soothe the frayed nerves created by an 0-2 start. Now Seattle is set to play a winless Lions team at home on Monday Night Football where they rarely lose. It would be easy to be brimming with confidence, but I find myself more curious than confident. It feels a little like The Dating Game; you don’t know the true identity of the person you are getting to know, but each week you see how they respond to a series of questions and start to form a vision of who they are. Detroit poses new questions that will tell us more about who the 2015 Seahawks can be.

Is this pass defense any good?

Kam Chancellor has returned and all is good in the world. Let’s hope so. Believe it or not, the Seahawks are allowing fewer passing yards through three games this year (186 ypg) than they did last year in their first three game (249 ypg). In fact, Seattle ranks third in the NFL in passing yards allowed. That is pretty misleading, though, as Jimmy Clausen and the Bears managed just 48 passing yards last week.
Seattle allowed 255 yards per game through the air in the first two weeks. Both were road games, and both were without Chancellor, but they cannot be dismissed until the Seahawks show they can slow down a decent quarterback. The performance against Green Bay was highly encouraging in that regard until the Aaron Rodgers flurry in the fourth. Before that, the only yardage the Packers were getting were on offsides breakouts.
This secondary has yet to pick off a pass. Matthew Stafford throws a bunch of picks, and struggles with accuracy in general. His offensive coordinator is calling a very different game that in previous seasons, with quicker throws traveling shorter distances.
He still has five interceptions in three games. Calvin Johnson and Golden Tate are legitimate threats, as are the Lions running backs out of the backfield as receivers. Stafford and company will likely throw over forty passes tonight. Seattle is still without the services of Tharold Simon, but we should know a lot more about the quality of this secondary after tonight.

Can this dominant pass rush get to the quarterback?

You might be surprised to know that the Seahawks have one of the best pass rushes in the NFL through three games. They rank 8th in sack percentage, 2nd in PFF pass rush totals, have the #1 (Cliff Avril) and #3 (Michael Bennett) ranked 4-3 defensive ends in pass rush productivity, and the #1 ranked DT/NT (Jordan Hill) in pass rush productivity.
These guys put pressure on the opposing quarterback. What they haven’t done enough is getting the QB and sacking him before the ball is thrown. For all the pressure Avril has created, he has one sack. Hill has none. As bad as the Lions offensive line is, they have not surrendered many sacks.
They rank 11th in the NFL in sacks per pass attempt. Stafford gets rid of the ball quickly and will make some bad decisions to avoid getting hit or sacked.
View image | gettyimages.com

Bruce Irvin has been solid rushing the passer so far this year, and may be missing due to a late injury. That could lead to Cassius Marsh getting more pass rush snaps in the nickel. Frank Clark should continue to get extended snaps, and was close to a strip sack last week. Whoever is in there needs to feast on this weak Lions line. Matchups won’t get much easier than this for the pass rushers.

Can this running game function against a decent run defense?

Thomas Rawls and the running game got untracked in a big way against the Bears in the second half. The Lions enter the game tied with the Seahawks as the fourth ranked rush defense in terms of yards per carry (3.7). Haloti Ngata is still a beast, and should pose more of a problem than B.J. Raji did for the Packers.
Drew Nowak struggled all night against Raji and it made running the ball nearly impossible. A strong performance tonight against Ngata would be a terrific sign of growth in a short period of time. More likely, Ngata will cause problems and we will learn just how good of a Marshawn Lynch impression Rawls can do breaking away from backfield tackles.

Will Russell Wilson trust his protection, and are they trustworthy?

The Seahawks line protected splendidly against the Packers on the road, giving Wilson plenty of time to go through his progressions. They managed just two sacks, one of which involved Wilson running out of bounds a yard behind the line, and barely touched him. That same Packers team went into San Francisco yesterday and dominated the 49ers. In fact, they are the top-ranked pass rush team in the NFL by sack percentage.
Then the Seahawks line came back and played a putrid game in pass protection against a far worse pass rush in Chicago. Granted, some of those sacks were on the tight ends and not the line, but it was a major step backwards.
Wilson tends to start scrambling too early at times and miss his reads. The Lions are ranked 26th in sack percentage, and may be without their top pass rusher. Defensive end Ezekial Ansah has two of the Lions four sacks on the year, and has not practiced this week.
Given the Lions strength on the interior line and their weak pass rush, Seattle should prey on them through the air. That requires the coaches and Wilson to trust his line to get the job done, and the line to actually do it.

Can Tyler Lockett become a part of this offense?

Lockett has been the most explosive player on the Seahawks through three weeks with two return touchdowns. He made a ridiculous double move on the Bears last week that should have been a touchdown, but Wilson bailed early on the pocket and the two could not connect.
Lockett is more than a returner. There is no doubt about that. The only question is whether Darrell Bevell and Wilson can find reliable ways to work him into the offense. Bubble screens are remedial. Sure, use a few of them to get him the ball in space, but Lockett is not Devin Hester. He can run the full route tree. Let’s see him used on some crossers and come backs. Put the ball in the youngster’s hands. I’m pretty sure the only people who will regret it are on defense.

You can only learn so much by looking backwards. We get the chance to know this Seahawks team a little better tonight. Do they deserve to be ranked third in the NFL in total defense (286.3 ypg)? Is this offensive line getting better or worse? Can Wilson lead the team through the air without Lynch on the ground?
Seattle has been unpredictable enough so far this year that anything ranging from a loss to a blowout win all are within the realm of realistic possibility. Seahawks fans will descend on CenturyLink Field tonight hoping they seem the team of their dreams, and not a homely version of their heroes.