THIS WEEK
Green Bay remains atop the rankings, and has a comfortable gap over the next closest team, New England. Arizona and Buffalo suffered severe drops this week, but both remain in the top five. Seattle continues their slow climb, moving up to the 12th spot. They will face the rock solid Bengals next week, who hold down the third spot in the rankings. 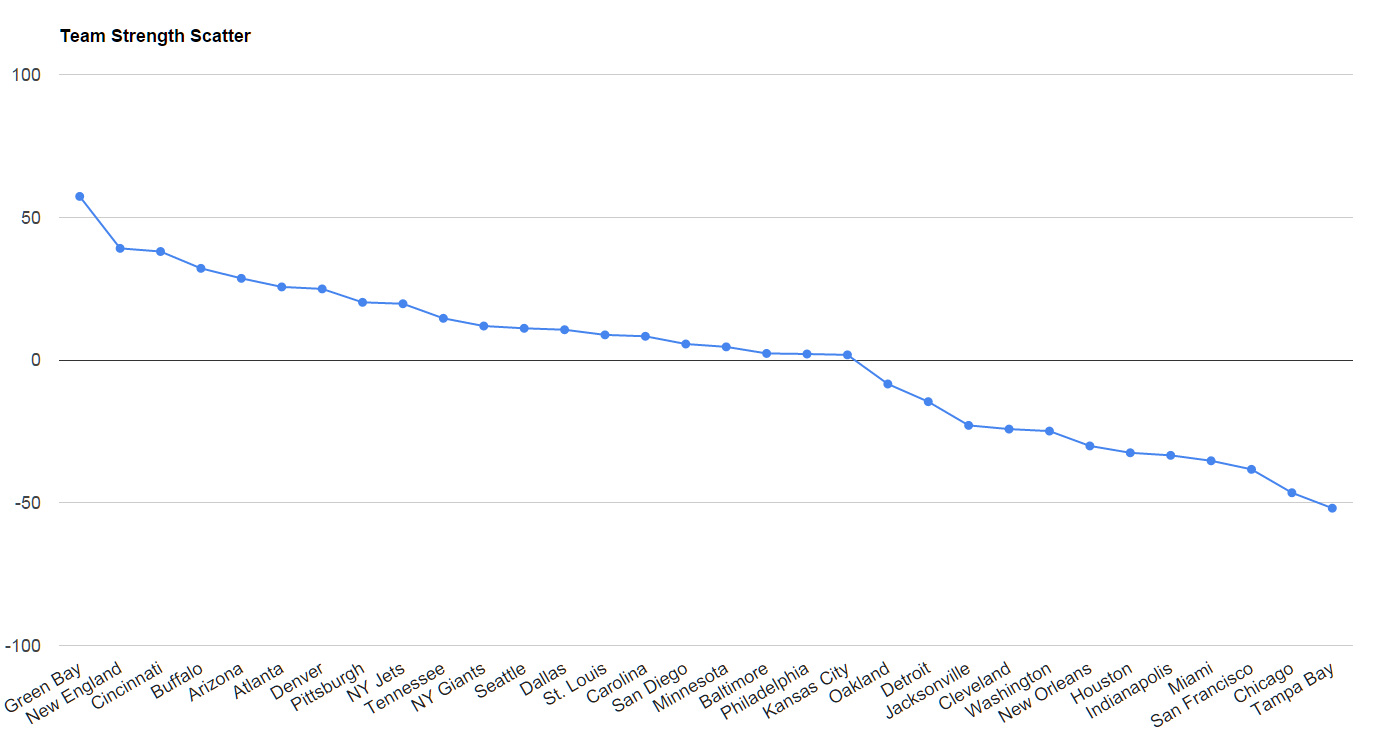