New England stays undefeated, but loses their top spot in the rankings. That now belongs to the Arizona Cardinals after their big win over Seattle. The Cardinals strong passer rating differential gives them the edge over the Patriots, and a game against the Seahawks helped their dreadful strength of schedule just enough to edge out New England. Cincinnati had a golden opportunity to rise, but fell to lowly Houston. Green Bay, similarly, dropped a ton of team strength losing at home to Detroit. Most shocking may be the fourth-ranked Kansas City Chiefs. They have been climbing the charts the past few weeks, and showed it was no fluke in their dominant win over the Broncos. 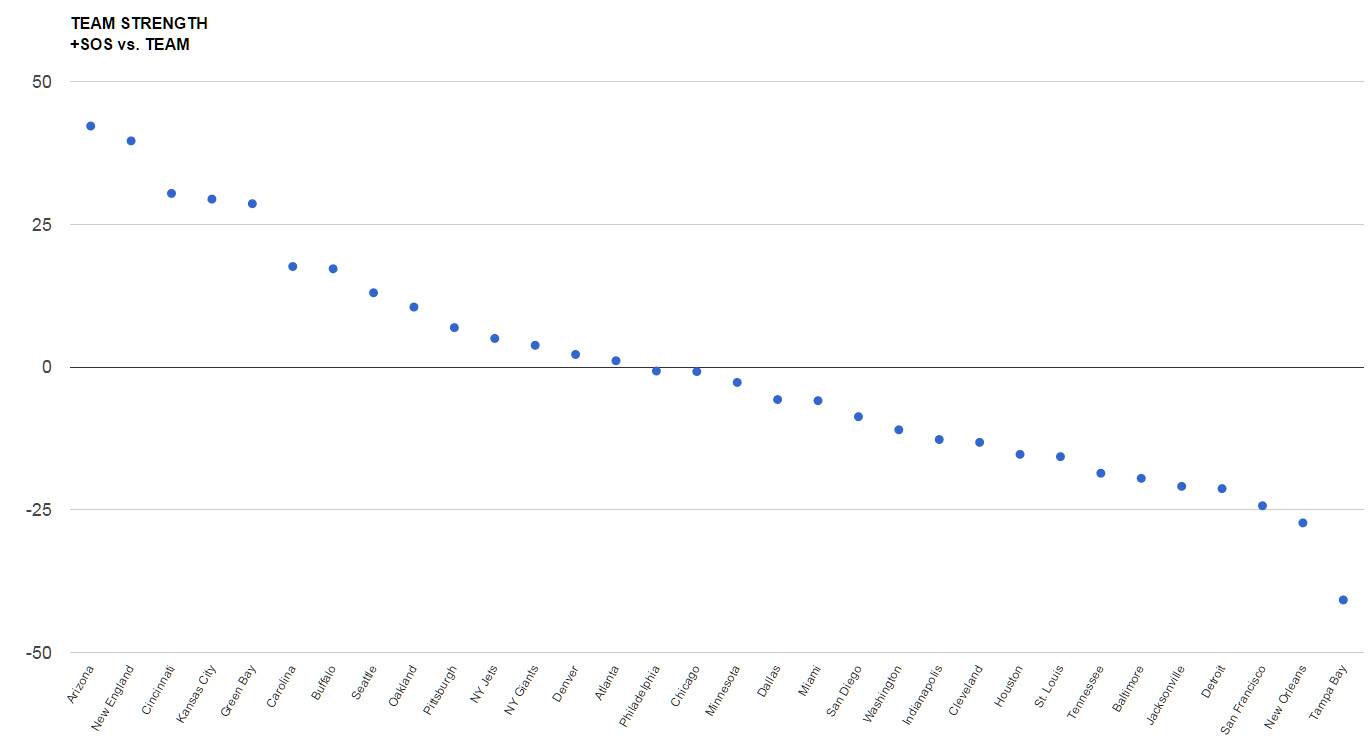