We are halfway through the season, and the teams have started to separate into tiers of strength. There is a clear top four that consists of New England, Green Bay, Arizona, and Cincinnati. There is a second tier from Seattle at #5 to Buffalo at #12. Then, a third tier that consists of the Giants from #13 through Minnesota at #20. You can see all this is the scatter chart below.

The Vikings are an interesting study. They are darkhorse darlings at 5-2, but they have a negative passer rating differential, a flat run differential, and a very shallow point differential. They also have a very weak strength of schedule. My formula considers them a paper tiger.

On the other hand, the Raiders appear to be very real. They have made a steady climb into the top ten, and now sit at #7 overall. Their offense and run defense are terrific. Their pass defense appears to be holding them back.

Denver looked like world beaters Sunday night, but the rankings formula cares about their full body of work. They tied Kansas City for greatest one-week gain in team strength. Their offense will need to continue to improve for their rankings to follow suit. 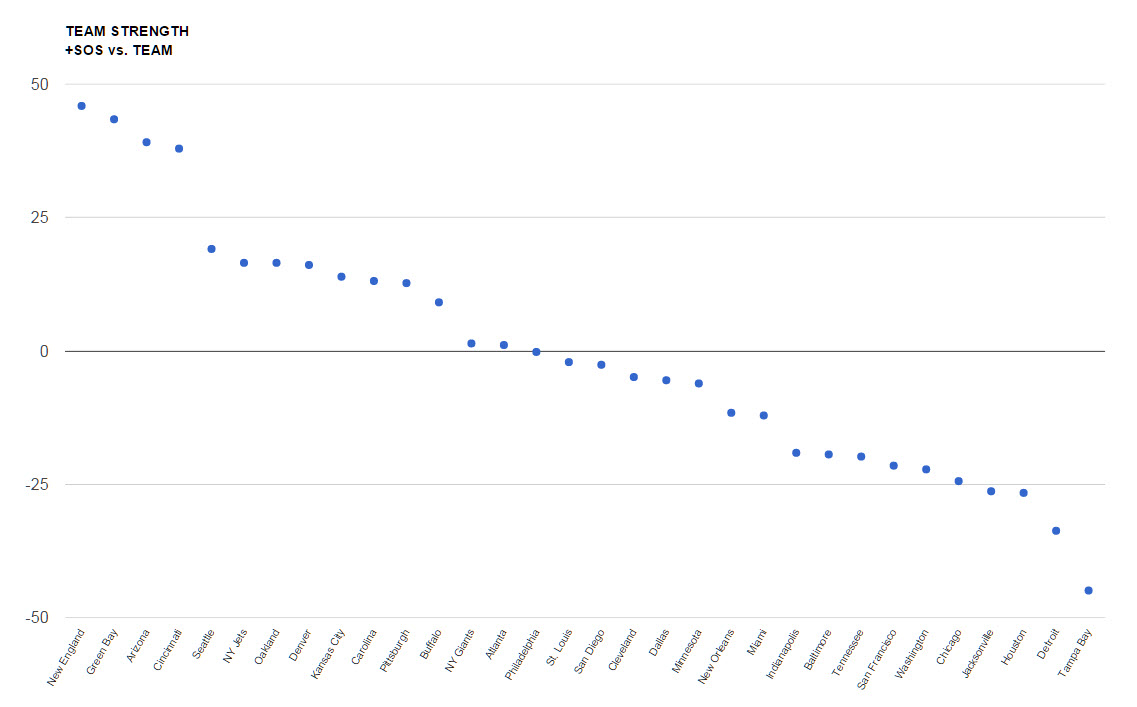