The Bengals climb into the second spot, and are within a whisker of the Patriots for the top spot. Green Bay slides to third place, and Arizona remains in fourth. There is steep drop off after that to the fifth ranked Seahawks. Seattle will have played three of the top five teams after this week, and four of the top seven. The highest ranked teams the Cardinals have faced are the 12st ranked Steelers and 15th ranked Rams. They lost to both. The top ranked team they beat are the 20th ranked Browns. The top ranked team Seattle has beat are the 17th ranked Cowboys. 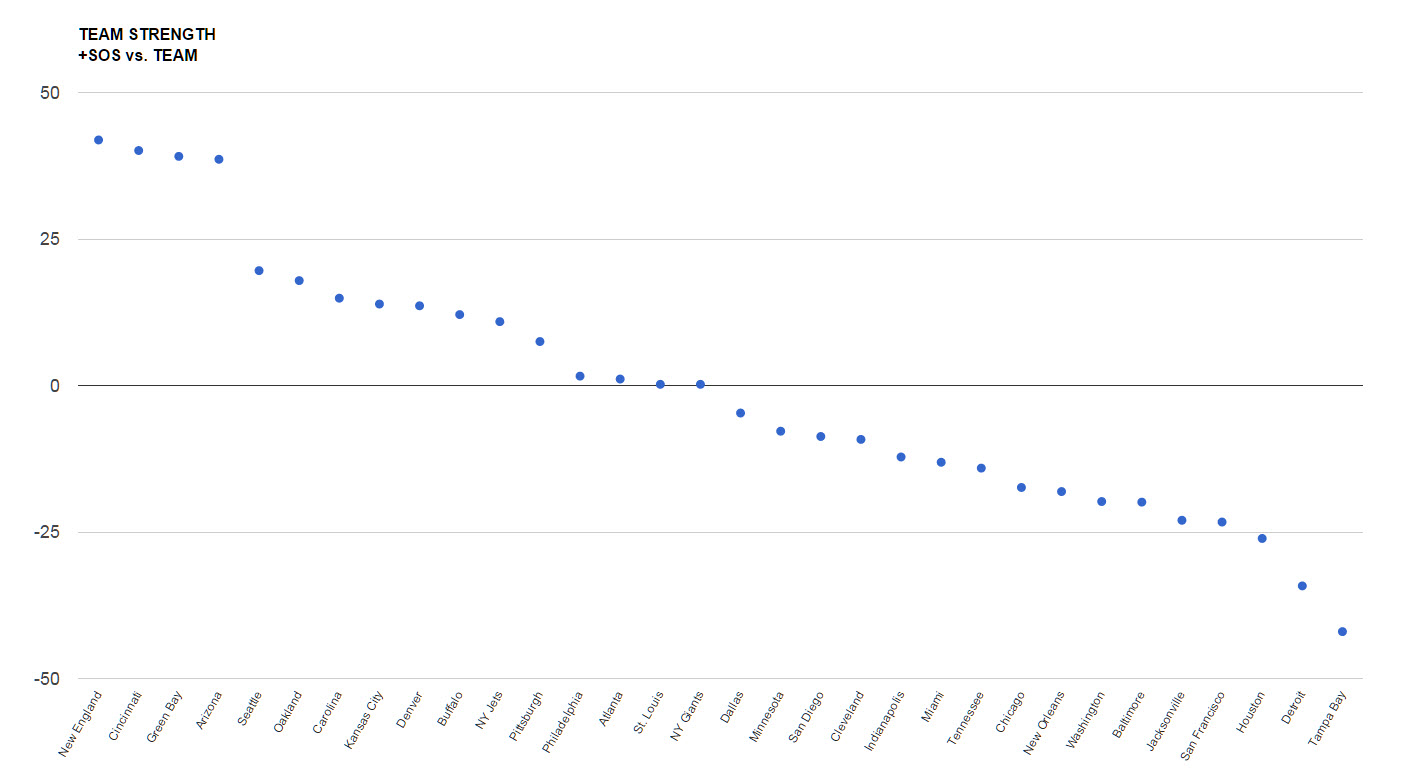