It finally happened. The Seahawks have overtaken the top spot in the power rankings after another dominating win. Dismiss the outcome based on the quality of their opponent if you must, but the rankings formula incorporates strength of schedule and are based on the statistics compiled across the whole season. It is the Seahawks offense leading the way this year, as that side of the ball ranks second in offensive efficiency, a few decimals behind Arizona.


If the rankings put a value on consistency, the Cardinals would likely be on top. They have maintained their high level of play throughout the season. The Seahawks benefit from a much tougher strength of schedule than Arizona. That may change over the final three weeks. Both Carolina and Arizona would rank ahead of Seattle if SOS was not part of the equation.

No team is hotter than Seattle, who has gained an astonishing 28.6 points of team strength in the past three weeks. They were 8th in these rankings three weeks ago. If you are wondering how an undefeated Carolina team is ranked 6th, look no further than their 28th ranked SOS. It is not their fault their division is trash, but the rankings formula does not give them pity points for playing weak opponents. 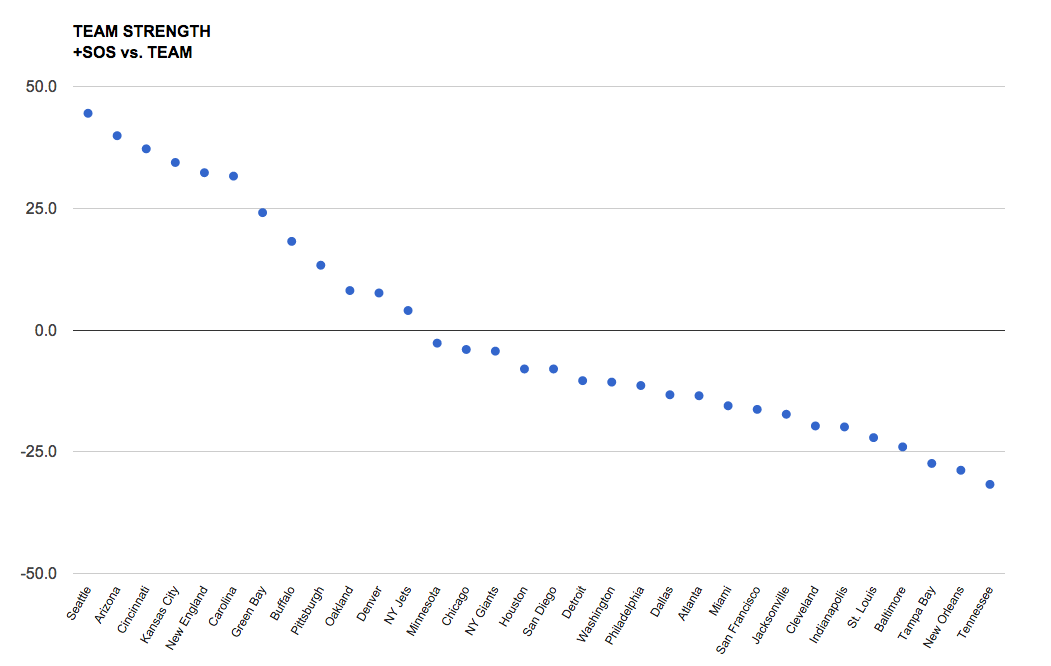