Seattle faced the top-ranked team in the power rankings this week and throttled them, making their ascension to the top spot in the rankings complete. This is the third time in the past four years that they have led the NFL in these rankings.

Minnesota and Washington enter the playoffs as the hottest teams, with +9.4 and +10.0 three-week gains of team strength

Seattle was third in the rankings last year at season’s end, behind Green Bay and Denver. Their nearly 10 point lead in team strength is unprecedented as far as a gap between #1 and #2 teams in the final rankings. Arizona falls all the way to third, while the Panthers continue to be hampered by beating up on what was one of the easiests opponent lists in the NFL this year.

New England not only enters the playoffs as the coldest team, losing 9.8 points of team strength the past three weeks, but also the second-coldest team in all the NFL. 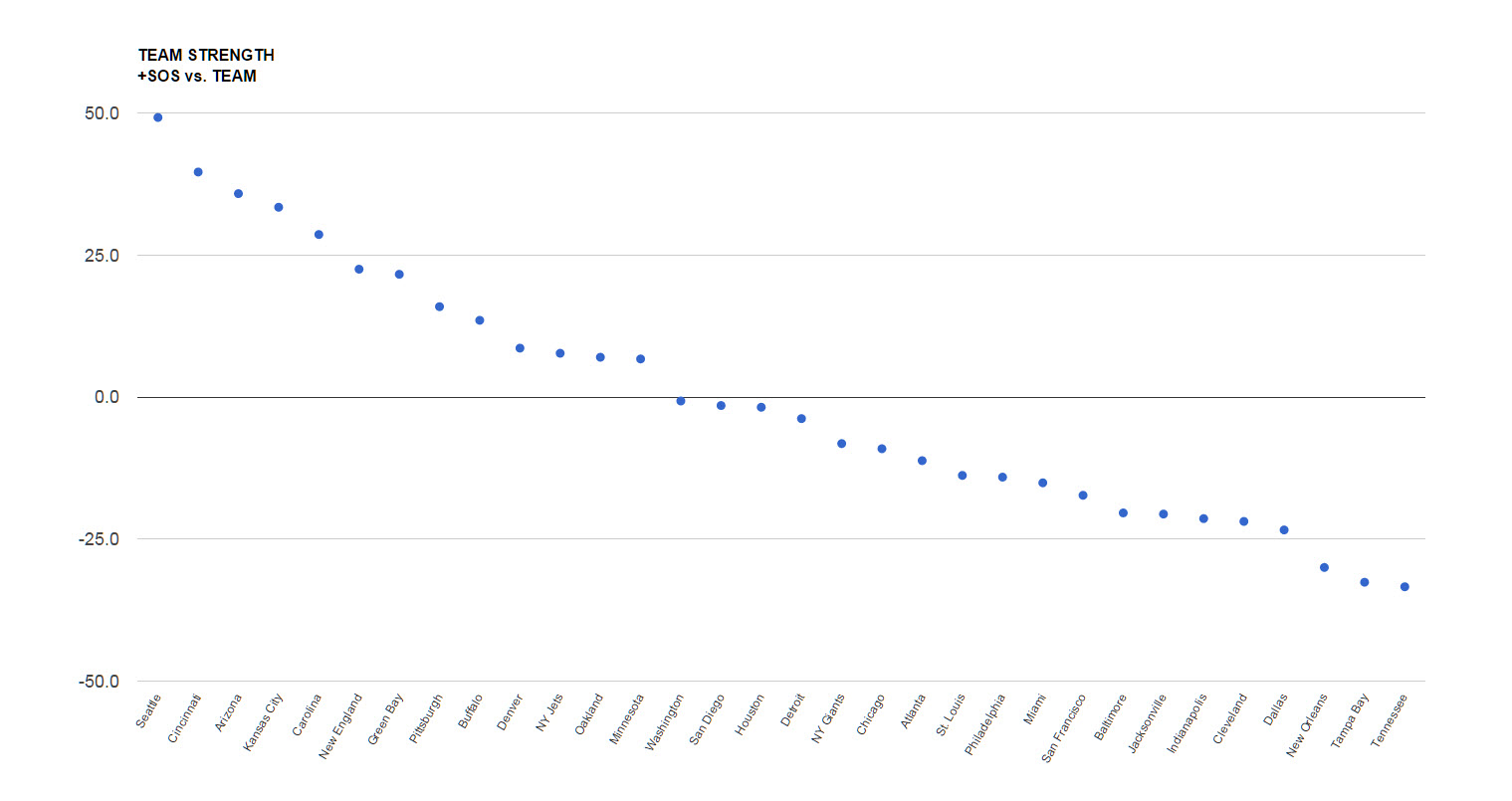