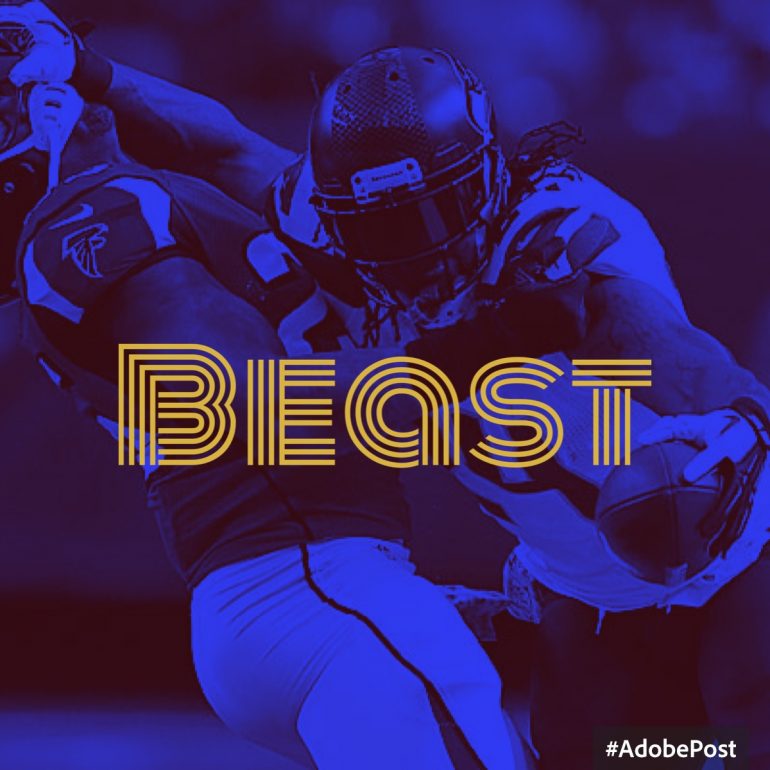 The differences between these two teams are so subtle that this game really deserves more than a week to breakdown. This week has flown by, but after hours of research and film study, my conclusion has not changed about this game. The Seahawks are going to win.

News broke last night that Marshawn Lynch has said he is ready to play this weekend. If he can only play in one game this postseason, this is the one Seattle will need him the most. The Panthers defense is physical and fast. They will overwhelm the Seahawks line on occasion, and Lynch will need to break some tackles. Nobody does it better than Marshawn.

He means a lot to that locker room, and just him stepping on the field is going to be a boost. It was Lynch who made it clear to the 49ers that they were not going to bully the Seahawks at the height of their recent rivalry. That was an intimidating defense, far more so than this Panthers group. Where they are similar is their speed and willingness to hit. These are two rams butting heads, and Lynch is exactly the player you want on your side in a contest of wills.

I don’t expect Lynch to go for big yardage. I do expect him to run tough and force the Panthers to honor play action.

Panthers defense is good, not great

Luke Kuechly is great. Thomas Davis is great. Kawann Short is very good. So is Josh Norman. Kurt Coleman is good. I could go on. The Panthers defense is talented. Many folks comparing these two teams will say both defenses are great. I would have to disagree.
The Seahawks had a tougher task facing the excellently coached Vikings defense last week with their full allotment of stars, and playing in freezing temperatures, than they do this week in Carolina. The Panthers, for all of their talent, struggle with consistency.
That Vikings team was very hard to move out of position on defense. They reminded me more of the Seahawks defense than most others I watch. It was rare to see much yardage gained after a catch or to see breakdowns in coverage. Only four teams scored more than 20 points on them this year, and they were Top 5 in the league for both 3rd down defense and red zone defense.
Watch the Panthers games against the Falcons in Atlanta or the game in New York against the Giants. Play action passes were effective at sucking the linebackers into the line of scrimmage, opening up space for throws behind the linebackers and in front of the safeties. You will also see breakdowns with receivers running free and even their best corner getting beat (in more ways than one). Swing passes and wheel routes to running backs were also effective. Christine Michael may prove useful on those plays even with Lynch taking back the starting role.
Tackling in the secondary is not nearly as good as tackling among the linebackers, and now their best tackler in the secondary, Charles Tillman, is out. This is a team that ranks 13th in 3rd down defense and 10th in red zone defense.
They have not been truly tested in those moments because they have benefitted from an ungodly amount of takeaways and some lopsided scores. There are points to be had against the Panthers.

Offensive line will decide the game

More than any other factor on either side of the ball, the play of the Seahawks offensive line will determine who wins. Specifically, the interior line is going to be pivotal. Short, Star Lotulelei and Dwan Edwards are a handful. If they are able to consistently collapse the pocket, everything could bog down for Seattle.
Expecting the line to dominate is unfair and unrealistic. The goal here has to be trench warfare. They win some. Seattle wins some. The Panthers line cannot win the majority of snaps if the Seahawks expect to come home with another victory. Give Russell Wilson just a bit of breathing room, and he will find holes in this secondary.

Newton has had a great year. He is a scoring machine. The reality is he makes a handful of really bad throws every game. Not every few games. Not once a game. A handful. Every game. He will airmail passes to wide open players without a ton of pressure. He will throw the ball directly to a defender. He will try to make a throw while being tackled.
A defense as disciplined and experienced as the Seahawks will get their chances for game-changing turnovers on Sunday. They just need to make them.

Newton has been much better when opponents blitz (118.2 passer rating) than when they do not (88.3) this year, per PFF

The Giants blitzed Newton repeatedly in their game and he happily took the easy throws to hot routes. He does not lack preparation or intelligence. He lacks refinement and accuracy.

He is deadliest in the red zone and on deep throws. Ted Ginn Jr. may have dropped as many long touchdowns passes as he caught this year. Newton has also grown considerably in his willingness to spread the ball around to all his receivers. Kory Brown, Ginn, Devin Funchess, Jerricho Cotchery and Greg Olsen all get their chances.

His other weakness is pass pressure. Being a massive human being helps him escape pressure, but it also causes him to be overconfident in that ability. He takes a lot of sacks, many of them big yardage sacks. Cliff Avril and Bruce Irvin should have plenty of chances coming off the edge. Although, don’t be surprised if Frank Clark gets more time this game since the Seahawks may stay in their base defense more often than usual to combat the Panthers run game.

The Panthers authored a remarkable season. Winning 15 games is not easy, even if your schedule was mostly cupcakes. You might think winning that many games would be a pretty good indicator of playoff success. You would be incorrect.
There have been three teams to win 15 games in the last 30 years. None of them made the Super Bowl.
The 2011 Green Bay Packers lost in the divisional round to a New York Giants team they had beat in New York earlier in the season. Sound familiar?
The 2004 Pittsburgh Steelers lost in the AFC Championship to the New England Patriots, who they had lost to earlier in the season.
The 1998 Minnesota Vikings lost the NFC Championship to the Atlanta Falcons. They did not play them during the regular season.
Respect the Panthers. Do not fear them.