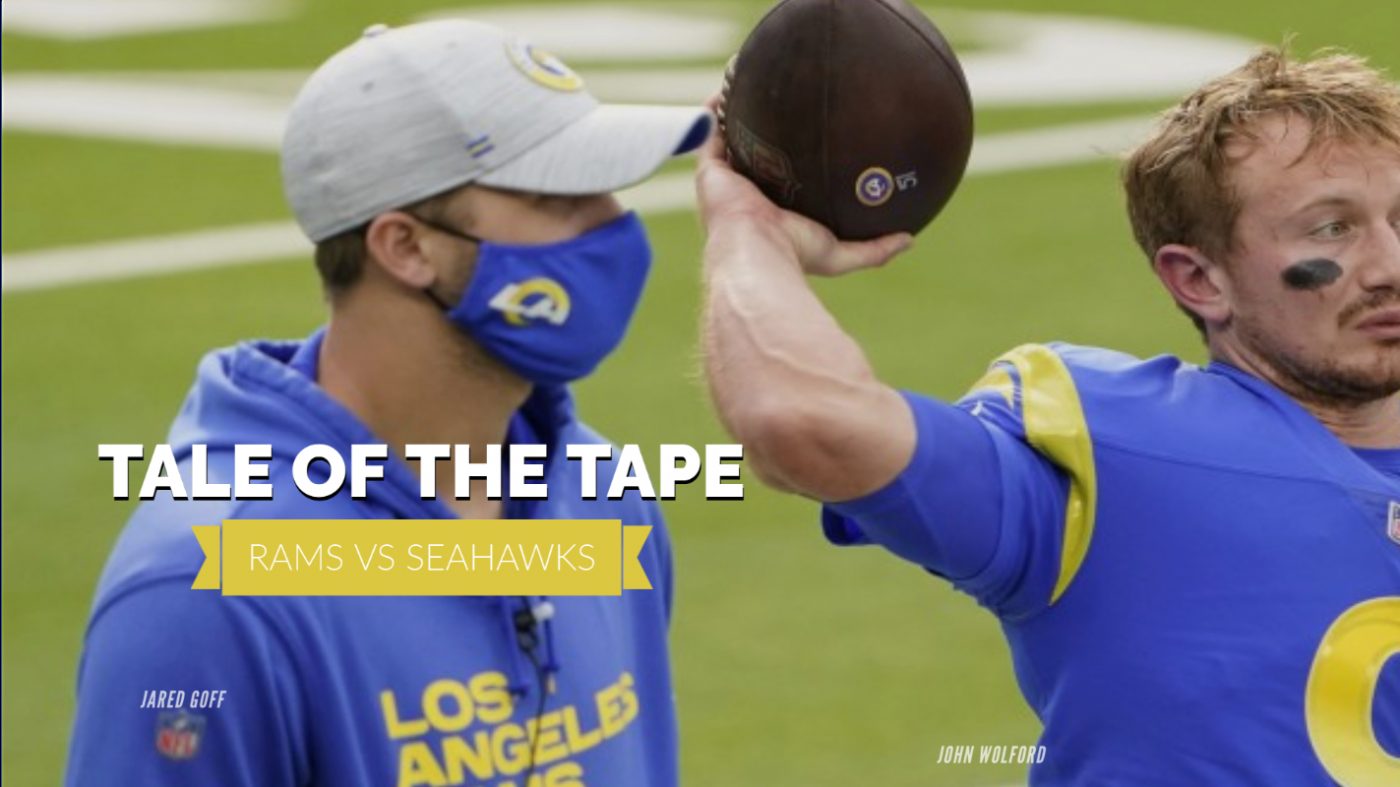 There is not a ton that has changed about these two teams in the two weeks since Seattle played their most complete game of the season to win the NFC West crown and earn the right to host this game at Lumen Field. This is a pretty straightforward game to prognosticate.

Both teams feature defenses playing at elite levels that have been making life miserable for offenses. Both teams feature offenses that are underperforming expectations. The team that can find some spark on offense or benefit from takeaways on defense will win this game.

Who starts at quarterback, who plays safety for the Seahawks, and other personnel questions are just variables in the above equation. The fundamental question remains the same.

The Seahawks will go as far as Russell Wilson will take them. He must make plays without turning the ball over. If he does that, Seattle can beat any team in the NFL. If he doesn’t, they can lose to anyone.

The Rams are 2-6 when their opponents score 20 points or more. They have scored no more than 20 points in their last three games. Seventeen points will probably be enough to win this one, but 20 is where a team can start feeling confident. Seattle is the rightful favorite in this one and should come away with a gritty win.

The Seahawks will welcome back Brandon Shell at right tackle, as well as Mike Iupati at left guard. It will be just the sixth game all season that Seattle has had their starting offensive line.

The Rams were the one team in the last five weeks to hold Seattle under 100 yards rushing. They have held their last three opponents under that mark and four of their last five.

They are still the best defense in the game.

The return of Shell is a big deal. Seattle has not been the same on offense since he went out. He will need to do a better job on Leonard Floyd than he did in the first matchup.

Wilson did Russell Wilson things in the second half of the last game against the Rams. He knows he can do that against this defense. They know it. He also almost began the game with a pick.

There is no major advantage here for either team. Seattle will struggle to score because this is a terrific defense. Los Angeles will struggle to keep the Seahawks under 20 points because Wilson is irrepressible.

The biggest question will be who will be the quarterback. Either answer will be a change from the last game. The first option would be an injured Jared Goff playing just two weeks after surgery on the thumb of his throwing hand. The second option would be John Wolford, who has started one NFL game.

Each player offers unique traits. Goff has shown he can beat Seattle and is capable of top shelf quarterback play, as well as bottom of the barrel quarterback play. Wolford is far more mobile, has a nice arm, and very little film to go on, but has also never thrown a touchdown pass or led his team to more than nine points.

If I was a Rams fan, I’d probably prefer Wolford because of the threat his legs present.

Another big change is that left tackle Andrew Whitworth appears set to return after being out since the first game between these teams. That could be a big boost in the run game, as Whitworth is a far better run blocker than his backup.

Running back Cam Akers also back after missing the Seahawks game, and Darrell Henderson is on IR. It is possible Cooper Kupp will not be available due to Covid, but the expectation is that he will play.

Seattle may be without their best defender in Jamal Adams. Signs are not good that he will play, and he was the biggest playmaker in that last game. Ryan Neal would have to step in.

Jarran Reed may also miss the game, and Damon Harrison is no longer on the team.

Wolford’s running is a challenging dimension to deal with in an offense designed around bootlegs. What I saw of his first game was impressive beyond his first throw that was picked off. His performance when under pass rush pressure was better than what Goff has shown so far. He would not be the worst QB Seattle has played this season.

Much to the chagrin of Rams fans, Goff refuses to run. Should he play, he has shown a higher ceiling than Wolford in the passing game, and obviously has a lot more experience.

Akers is a good back.

Kupp was a thorn in Seattle’s side in the last game, and Ugo Amadi is coming off his worst performance. That will be one to watch.

Should Adams miss the game, the Rams chances to run the ball go up.

The bit has flipped. Pete Carroll’s defense has dominated Sean McVay’s offense for six of the eight quarters they played so far this year. McVay was furious at halftime about his team scoring only six points, and any adjustments he made resulted in just three points in the second half.

Seattle is playing a defensive scheme that makes it hard to run the stretch and jet sweep plays the Rams love. Wolford’s mobility adds a new wrinkle in there, but the challenge remains the same for LA.

The Seahawks are one of only two teams to sack a Rams QB three times in a game, and they did it in both their games. You will hear plenty about Aaron Donald and the Rams pass rush for good reason, but the Seahawks pass rush is the one that has been closing out games lately.

Benson Mayowa is playing his best football of the year. Carlos Dunlap will be playing in his first playoff game. Whitworth may be rusty in his first live action since the injury.